State of the Blog: Year Four 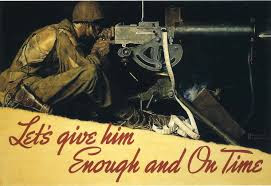 Year four, in the bag? As of midnight Friday. A little unsettling. When I started the blog, one of those glib little packets of online advice observed that most people abandon their blogs too soon, before they have a chance to succeed. Give it at least three years, they counseled.

And now I've given it four.
Has it succeeded? Numerically, hell yeah. Year One brought 385,679 hits. Year Two, 499,423. Year three, 577,617. And this year added ... 730,955.
An increase of 153,338
Or 26 percent.
Hey...that's pretty good. Not only is it growing, but the growth is growing. The year before it grew 13.5 percent. This year growth almost doubled. (The fiscal year, so to speak, begins July 1 because it was in June, 2013 that I ... well, let's save that story. Let's just say the work situation had darkened).
Last year we averaged 48,134 viewers a month; this year it's 60,812. Last April was my highest month ever, 65,893, buoyed by my most read post of all time this year, the April 1 Russian postal stamp April Fool's prank, though I'm even more proud that I successfully dragooned Tim O'Brien, a talented New York illustrator to help. That a highly paid professional would donate his work to my effort seemed a kind of validation.
Speaking of validation, there was money. Eli's Cheesecake once again sponsored the blog during the Christmas holidays, and I thank Marc Schulman for his support. I've been meaning to approach small companies to run ads for a month or two, but haven't got around to it. I like the thought of bringing in companies I like—Lou Malnati's is a natural. A solid Northbrook-based company. They could pay me in pizza, and we could offer some as prizes in the Saturday contest, which I brought back briefly this year. Something to try for next year.
Creatively, I feel pretty good about it. I've begun re-reading and sometimes reposting whatever was written on a certain day one, two, three (and now, I guess, four) years ago. And while sometimes it's something so topical or slight it doesn't merit a second look, usually it does, and I don't cringe for having written it.
This past year was of course the Year of Trump, and while I can't even pretend that my contribution to the howl of protest has had any significance—the entire national media shining a klieg light on his flaws couldn't do that—I'm glad to have been doing my patriotic duty, manning my station, blazing away. There's a Norman Rockwell liberty bonds poster that comes to mind—I'll stick it atop the blog. Rockwell was a stickler for detail, and you might want to notice the long cloth ribbon trailing out of the water-cooled machine gun—he's about out of bullets, a nice touch.
I don't feel like I am. The Internet rewards extremity—I heard the term "outrage porn" for the first time on Friday. So given what succeeds, and the generally contemplative tone that I try to maintain here, I believe my success, gradual though it is, should be encouraging, and I am duly encouraged.
Thanks to you, needless to say. I'm pleased that the blog has a group of steady followers, Tate and Bitter Scribe and Bernie, Nikki and Wendy and Sandy, Thomas Evans and Paul Fedrick and Dennis Fisher, and all the rest. I generally am able to leave the comments section open and not monitored too closely, though occasionally some nest of malice will stir, acting under the impression that I maintain my blog so unbalanced individuals can post lengthy tirades against me and my family. I don't. The internet has no lack of opportunities to be petty and hateful, and I wouldn't tolerate it directed toward any anonymous commentator who is part of the every goddamn day family, if I may, I certainly won't tolerate it toward the hard-working proprietor. The trolls don't like it, but that's tough.
What else? A warm thank you to the Sun-Times, for allowing me to post my work here, albeit demanding that I link back to its godawful web site. Readers often ask me why it can't be improved, and I tell them, in perfect candor, that I have no idea whatsoever and I've never encountered anyone who did, or at least anyone who would admit to knowing. When I make a typo, as I do often (thank you John for your valiant and ceaseless work to birddog my mistakes; I owe you another cheesecake) I leap online to fix it, and I can't understand leaving something unrepaired that so irks loyal readers. (My hunch is that it makes a ton of money being that way). I would normally cringe from criticizing my beloved newspaper home but, really, fix the damn thing already. You said you would.
But with the sale looming, I suppose that'll be addressed soon enough.
Let's end on a positive note. Going into Year Five, I sometimes think of the blog as a vast iceberg of my writing. Floating placidly in the enormous electronic sea, buffeted by winds, but with no particular direction except to reflect the weather around it. An iceberg that, unlike regular icebergs, diminishing in the warming winds and relentless sun, will only grow. That the thing will remain, year in and year out, even after I stop. That should I step in front of a bus and the additions abruptly end, the blog will still be here as long as Google runs blogger, safe within the vault of some windowless server farm somewhere. That people might continue to find it, and be glad they did. I like that thought; it's reason enough to keep going.