If I call this a "blogburger," will I go to jail in Mississippi? 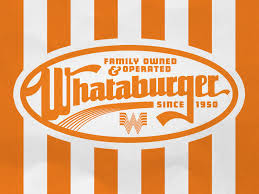 Open your refrigerator. Take out the margarine. Look at the stick, or open the tub. What color is it? Yellow? Good, that means you're living in the year 2019.
Because if you were living in 1919, your margarine might be white. By law. The powerful dairy industry having made it a crime to dye margarine yellow, under the strained notion that doing so perpetrated a fraud upon the American public who, perhaps unable to read the word "butter," might be confused by a product that looks like butter yet calls itself margarine.
Margarine, a spread derived from beef fat and vegetable oil, is white—its name is from the Greek, margarite, for "pearl" ("Butter," a product dating to the start of history, also traces back to ancient Greek, from bous and turos, or "cow cheese.")
Trying to get around the law, margarine was sometimes sold with a yellow dye. The consumer, the true victim here, was invited to mix them together. To avoid that, states passed laws requiring margarine be dyed pink. Or brown. Or black.
This near-century long charade came to mind this week, as Mississippi tries claw the words "burger" and "hot dog" back from the grip of vegetarians, who would dupe easily-confused Mississippians with their veggie burgers and vegan hot dogs and such. Thus new laws, piling fines and jail time upon the soy fiends trying to pass their unwholesome discs of ordure off as "burgers." 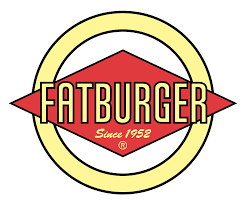 Margarine was invented in France at the end of the 1860s and by the 1870s had come to the United States. Frightened dairy farmers did what fiercely proud capitalists often do when facing the challenge of a new, category-creating product—they went howling to law to forbid this unnatural spawn of the "ingenuity of depraved human genius." In 1886, Congress passed the Margarine Act, placing ruinous taxes and licensing fees on margarine. That was not enough for cow-happy Wisconsin, Ohio, Michigan, Minnesota and Pennsylvania—their state legislatures banned margarine completely.  For the protection of the consumer.
It didn't matter that butter was also dyed yellow. "This practice, however, butter makers argued, was simply a cosmetic tweak" according to the National Geographic, whose informative article on "The Butter Wars," is the source of many of the facts trotted out here.
A total of 32 states passed laws banning yellow-dyed margarine. These lingered for decades; the last state to repeal theirs, Wisconsin of course, did not give up the fight until 1967.
Lawmakers in Mississippi are no doubt ignorant of this history, as were those in Missouri, which passed a similar law, now thrashing through the courts. Nor do they realize that "burger" has no more traditionally been wed to "beef" than "pole" can only be used to describe a device used in fishing.
The non-meat meaning of "burger" goes back at least 80 years. Arnold Williams writes in American Speech, in April, 1939:


To the proprietors and clientele of thousands of roadside inns, diners and eat-and-run lunch-counters, -burger has come to mean almost any meat or meat-substitute ground or chopped and, fried or grilled, made into sandwiches.

He goes on to list chickenburger, clamburger, rabbitburger and nutburger among others. H.L Mencken's Supplement One of The American Language preserves pickleburger, tomatoburger and fishburger.
My Wentworth and Flexner Dictionary of American Slang was published in 1975 contains such heresy as "shrimpburger," and "catfishburger." It says that the "-burger" suffix "means any hot sandwich served on a bun, often toasted, with many condiments."

It doesn't mention vegetarian burgers, but then such products were not as hot in the 1970s as they are now, which is why cattle farmers are trying to pass laws to undercut their sales. But Wentworth and Flexner leave the door open for their inclusion:
"Special ingredients will affect the choice of a root word (Chineseburger, containing rice; Mexicanburger, containing chile)."
Except where prohibited by law.
Posted by Neil Steinberg at 12:00 AM