Most columns get written then slapped immediately into the paper. This one lingered. I first wrote it, oh, in early June, but kept bumping it for other things. With the country falling apart in big chunks, the time never seemed right to stop and deliver a panegyric to a frozen novelty product. Every time I read it, I thought, "I can do better than that." That happened half a dozen times.

Then I went into the hospital, a week ago yesterday, and so unleashed my seven-part "The Joys of Summer" to keep the EGD faithful entertained while I went under the knife, a process which, rest assured, I will describe to you when I'm good and ready. So I turned this in, instructing my boss that he was to decide if it were worth printing. He decided it is, apparently, and I was rewarded with a number of readers expressing gratitude, several running out immediately and trying Yasso bars themselves and giving enthusiastic reports. Except of course for those who hate everything I write and let me know after every column under the charmed notion that their opinion carries value beyond the comedic (I've taken to playing Robert Glomb's voicemails for my wife and son, to our general delight at a sneer so intense we sometimes worry the poor man will strangle. Or maybe that should be "hope.")
Anyway, this ran in the paper Monday, and will be my last column for a while. There's a tug-of-war between my wife, who wants me out the full six weeks the doctor recommends, lying on the sofa, eating Yasso bars and watching old movies, and me, who would return tomorrow,  though I sincerely believe that my wife would crack my spine back open with her bare hands, if I actually try that. So let's assume, in the spirit of compromise that makes healthy long-term marriages, we'll end up splitting the different and  I'll be back in the saddle by August.  In the meantime, well, I'll come up with SOMETHING here. I always do.

Most diets fail. Know why? Because you can only suffer so long, shunning carbohydrates and nibbling celery. The world drains of color, life loses savor, and you slip back into your bad old ways.
Not that I am suggesting that anybody diet, or try to be thin, or that being thin is better than being fat. Oh, no no no no. I’m not falling into that trap. Nowadays nothing is better than anything else, at least on the superficial level bruited about in newspaper columns, and this one does not engage in fat shaming or any other kind of shaming. It’s a free country, or was. Do what you want.
I want to be healthy. I lost weight a decade ago after being diagnosed with sleep apnea and unable to breathe at night without a mask, which I hated. The doctor, exasperated, finally let slip that if I lost 30 pounds, it might go away. I did, and it did.
My diet worked in part because I realized that I had to reward myself, to place daily metaphorical carrots to keep me eating real ones.
Credit two products:
One is Fresca. I drink one almost every day. It’s like a gin and tonic, only no gin. Or tonic. Or calories.
And the other?
Yasso bars.
Now reading the above, you have one of two reactions. Either, “God, I LOVE Yasso bars! I think I’ll have one right now.” Or “Heck, Neil, what’s a Yasso bar?”
Let me tell you. 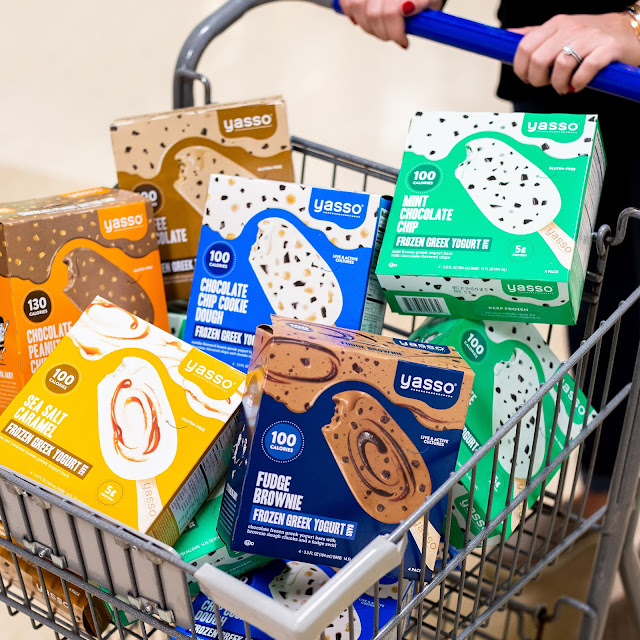