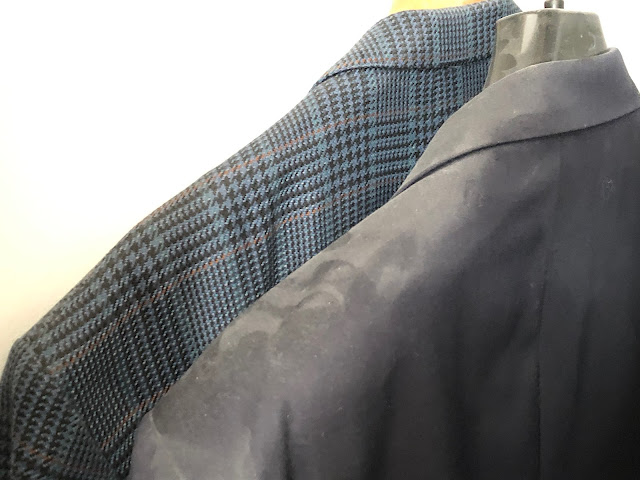 The end of the second year—"anniversary" sounds too festive—of COVID arrives in February. But it's not too early to start brooding—"reflecting" sounds too upbeat— about the loss. Not just the 800,000 dead. That's impossible to fathom; how do you comprehend just one life, never mind nearly a million? None I knew, thank goodness. Luck, combined with lots of mask-wearing, vaccine-getting, social distancing and good old fashioned staying at home.
Much, much staying at home.
There's also the loss, or temporary suspension, of a future. What with omicron showing up, which we don't yet understand, and other variants no doubt waiting in the wings. A lot of Greek alphabet left. What are you doing this week? Nothing. Work. How about next week? The same. And onward into eternity.
So the path ahead seems at best hazy. Except for the staying at home part. That's crystal clear. Lots more of that. Stayinghomepalooza.
I don't think I quite realized how much I'd been out of circulation until I looked deep in my closet, at my suit jackets, and saw that dust. Ah. Nearly two years of neglect will do that. Not worn because there are no events when I might wear them. Or maybe there are, but I didn't go. 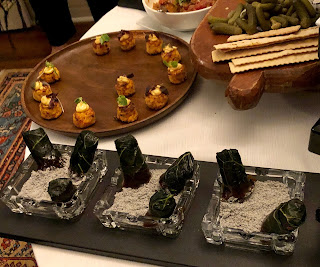 I've worn a sports coat three times in the past two years. Twice on Zoom calls—one with the head of the Taiwanese economic development office in Chicago, because the Taiwanese tend to be formal folks. A second when I made a video for the Chicago Journalist's Association, to be shown at their awards dinner. And a third time, last month, into the living world, to Evanston, to a party at a mansion on Sheridan Road, previewing the Chicago International Puppet Theater Festival.
I couldn't not go. I like puppets. It was a swell event, and I'm glad I wore it. The puppetry they previewed was marvelous. People were masked, though would dip their masks down to nibble on hors d'oeuvres, like these little cigars of confit, served in ash trays, the wrappers grape leaves, the ash being, I'm not sure, special poppy seeds or some such thing. I had never seen that before. Tasty and whimsical.
I suppose I could have pushed myself, found other things to do, other parties to attend. Toward what purpose? Not getting dressed up is only the surface of the social loss. You get out of the habit of human interaction. I can think of a number of people I fancied friends, or close to it, whom I kept up with in the first six months of COVID and then just let go and watched them float away. I figure, if I haven't talked to you in a year, in a year and a half, during all this stuff,  then I never have to talk to you again. No big loss. We'll both survive, if that is what this is, survival.
Things could change. There could be other occasions. But December is half over, and nothing on the calendar. No need to keep the suit coats handy in my bedroom closet, with the flannel shirts and fleeces and stuff I actually wear. Better to pull them out, dust them off, tuck them in suit bags, and exile them into a closet in one of the boys' rooms. The better to endure the passing years to come, though as I put them away, it occurred to me they'll be out of fashion by the time I finally put them on, assuming they're not out of fashion now. Might as well give them to Goodwill now. No, that takes effort, physical and mental. And there's a shortage of that. So for now, out of sight, out of mind, hidden in the boys' closets. It's not like they're going to be using those closets anymore. But that's another somber reality, and it's best to limit ourselves to one loss at a time.