A note on sources 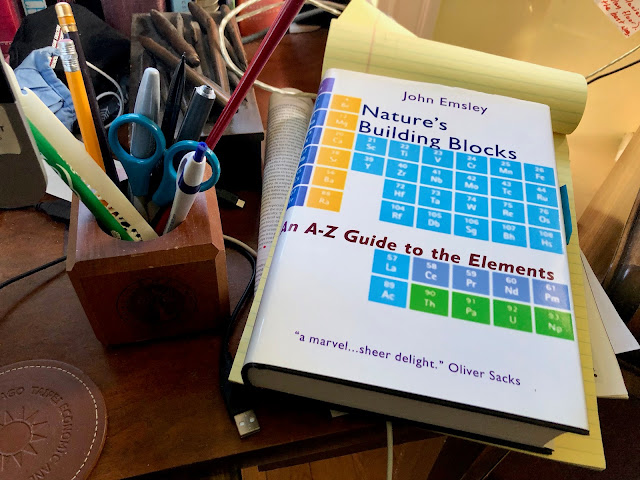 A reporter is only as good as his (or her) sources. Usually, that means the contacts that he (or she, or, of late, they) has (or, in the latter case, have) developed, allies who will pick up the phone or, better, call unprompted and pass along some glowing shred of news.
People (whew, that's easier) have never been my strong suit. But I do have a close relationship with books, which are also sources. Over the years there are certain dependables that I go to when I need a quick, in-depth education.
For instance, the calendar drives a considerable amount of journalism, and reporters often find themselves confronted with finding a new spin on a shopworn holiday, and if I'm tryin to fill a blank page about, oh, Valentine's Day, Jack Santino's "All Around the Year: Holidays & Celebrations in American Life" (1994: University of Illinois Press) has for decades offered a fresh observation or approach I wouldn't think of on my own.
For instance, Santino noted that the holiday dedicated to romance isn't just dropped randomly into the calendar. It mirrors Halloween. In a 1997 column on Valentine's Day, I quoted him:

"Halloween is approximately seven weeks before the winter solstice and marks the progression into the darkest period of the year," he writes. "Valentine's Day is about seven weeks after it and marks the progression out of winter and into spring." Santino points out that Halloween imagery is all about harvested crops and death, while Valentine's Day is flowers and romance and life."

Another essential volume in any home reference library is "Nature's Building Blocks: An A-Z Guide to the Elements," by John Emsley (2001: Oxford). It's that rarest reference that can be read cover-to-cover, for pleasure and I know that no quick dive into a particular metal or gas or whatever done with the Encyclopedia Britannica or online, will come close to the detail and fascination Emsley has already concisely assembled.
Herein lies the trouble. If what I need is all right there, the temptation is to quickly gather up the nuggets, share them with the eager public, and skip giving the big public thanks to Emsley.
That's what I did in my manhole cover story in the paper Sunday. Crediting him for the fact that iron is the fourth most common element in the universe seemed unnecessary — he didn't invent that fact, but got it from somewhere himself — and, more to the point, also took another 13 words in a story already three times the usual length of a column.
Of course, nothing was copied. But ideas were re-worked. For instance, he writes of iron: "In effect it is the 'ash' of the nuclear burning process; once the core of a star has become mainly iron, that star has run out of its primary source of energy." Which I converted, through my own reductive process, into "Iron is, in essence, star ash."
Now that is laudable condensation, and nobody was ever going to accuse me of plagiarism, the way a reader once sincerely did when I ended a column, "Isn't it pretty to think so?" the concluding line of "The Sun Also Rises" (I wrote back that I assumed my readers are familiar with the line, asking, "If I ended with "Thou shalt not kill" would you accuse me of ripping off the Bible?")
But as reader after reader singled out that ash line to compliment me, a definite taste of ashes began forming in my mouth. I felt like I was taking a bow for Emsley's performance, and though I should wave the flag for his book.
You can buy it here. It'll set you back $25 — it's lack of deep discount a reflection of just how useful a resource it remains. Not only is "Nature's Building Blocks" fascinating to read, with the inside scoop on the elements from actinium to zirconium, but it includes the lyrics to the Tom Lehrer song and an essay on the periodic table. Emsley, a British science writer, now 84, cleverly divides each elemental essay in "Human Element," and "Medical Element," "Economic Element" and "Environmental Element" and so on, including an "Element of Surprise" that bring in some cool facts out of left field. (Though he does despair at thulium, throwing up his hands with, "What is surprising about thulium is that, unlike the other rare-earth elements, there is nothing at all surprising about it... This is probably due to its rarity and cost, which may have deterred people from investigating it or seeking uses for it.")
But I do the book an injustice ending with a rare lacuna. In the essay on fluorine, the element of surprise offers a brief history and explanation of Teflon, the coating made from poly(tetrafluoroethene). "Contrary to popular belief," Emsley writes, "it was not space exploration that led to the development of the non-stick frying pan, but the other way round." But I won't quote too much of it here. Read the book yourself.
Posted by Neil Steinberg at 12:00 AM