Divvy Diary: There's an app for that.... 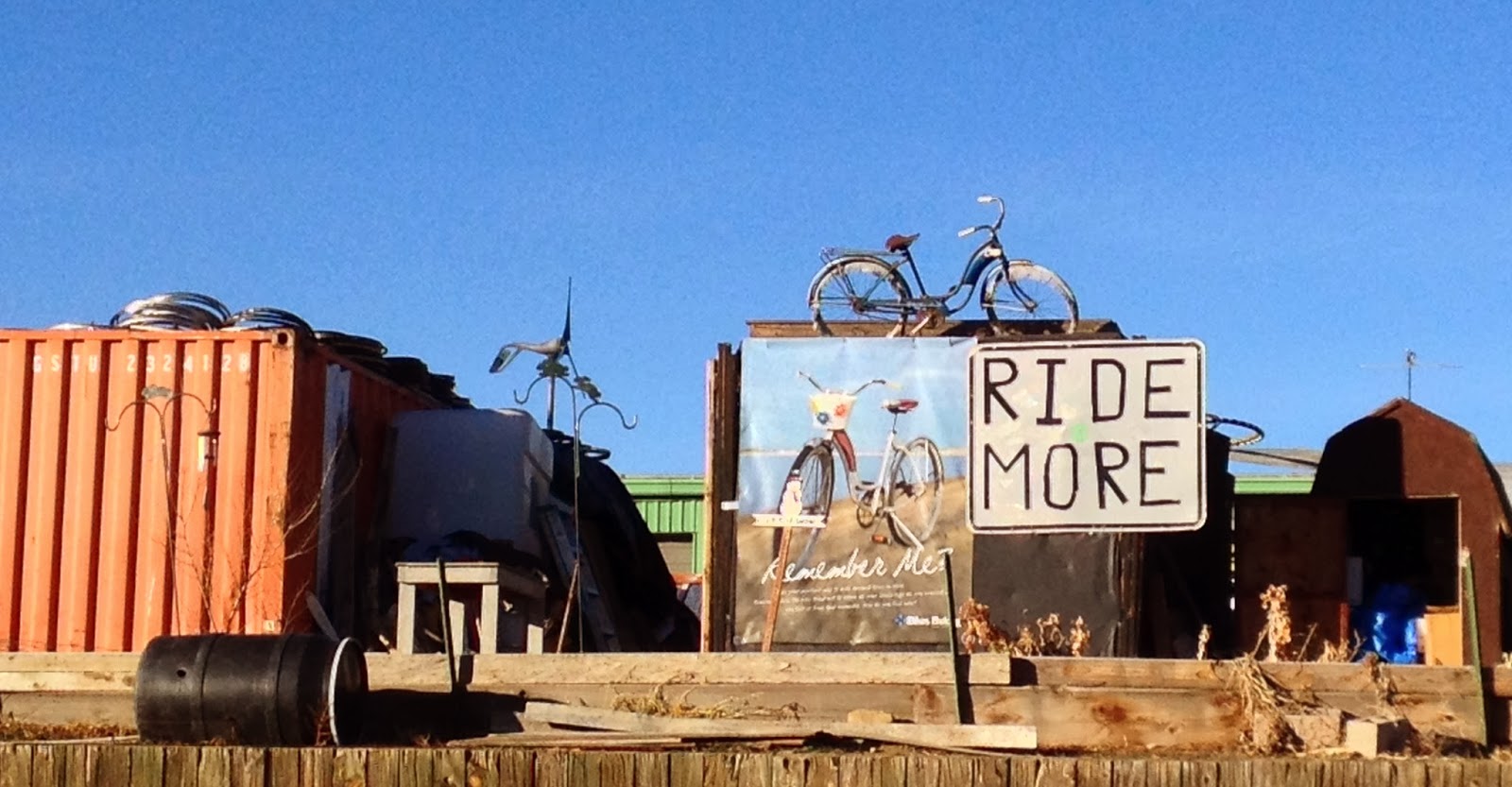 Despite — or maybe because of — how it's slowly crushing journalism, I'm interested in observing technology's steamroller as it  inches forward. Such as this guy in his mid-20s who wrote an app for Divvy bikes just for the hell of it. What I didn't mention in this column is that my 47.5 miles on the Divvy bike puts me at No. 15 on the Leaderboard. And yes, I planned to ride Monday, just for the insanity factor, but Divvy closed the system down again, for the second time in a week. I want my 20 cents back!

Necessity is the mother of invention, and also can drive you to new apps — those small programs that live on your cellphone, for my readers who still subscribe to Life magazine, at least deep within the smithy of their souls. 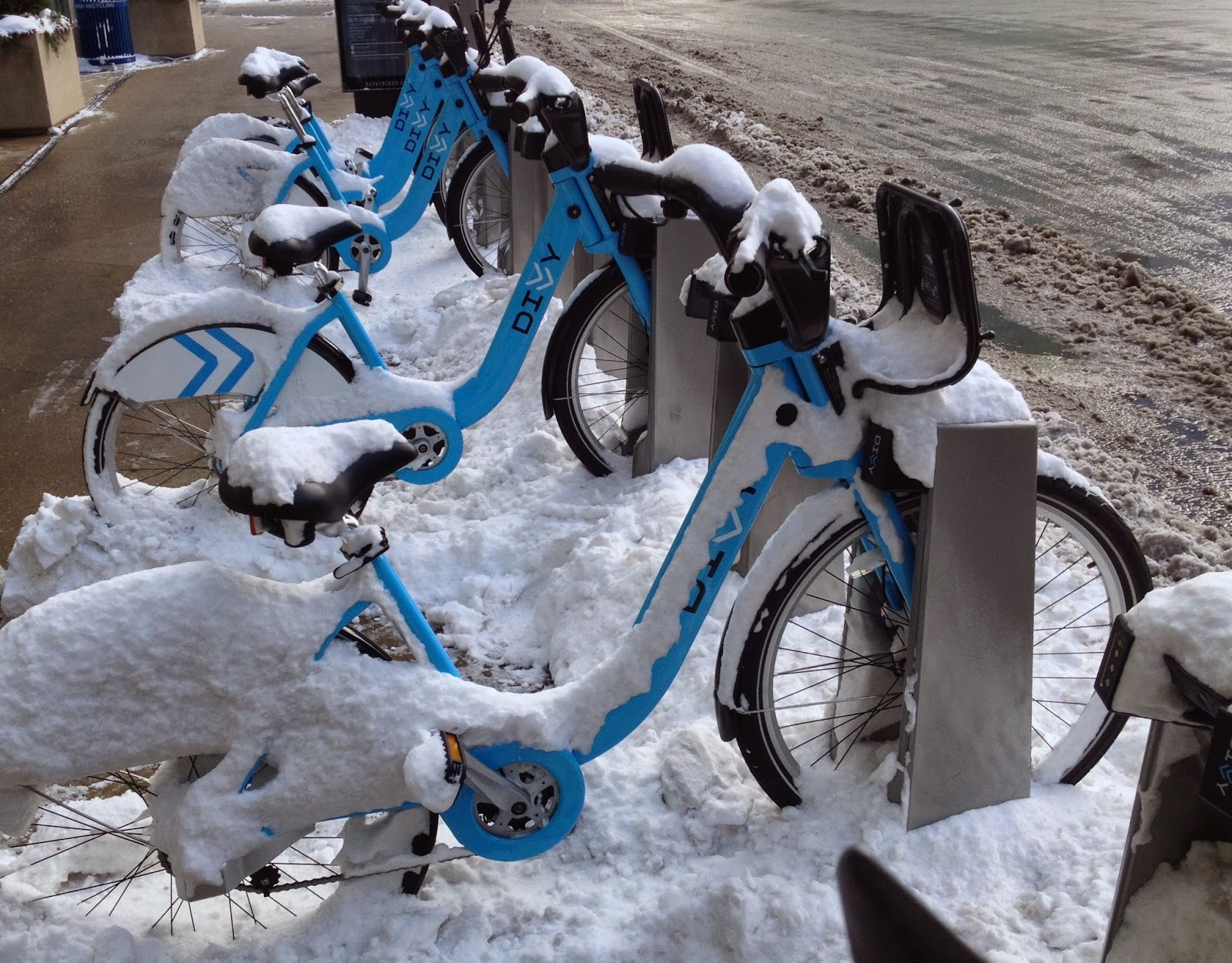 The app that tells you where the nearest Divvy bike station is, for instance, I downloaded while straddling a Divvy on May Street. It was a wetware problem — the phrase “May and Fulton,” where the station I sought actually was located, had somehow morphed into “May and Kinzie” in the faltering, moist organic circuitry of my brain. Loading the app was easy, took a minute or two, and I parked and headed to Jupiter Outpost for a sandwich — one advantage of Divvy, it expands the range of places to eat.
Not necessity but vanity inspired me to load the DivvyBrags app, which lets members see the length of their bike trips. The app’s 25-year-old creator, Alex Soble, savvily tweeted me of its December rollout (a PR trick that can elude even seasoned pros: notice what someone in the media does and approach with matters of actual interest). Since he asked, I thought I’d check it out.
As so often happens with new technology, there was a moment of shame. Since Sept. 3, I have been keeping a record of whenever I use the bikes, jotted on the inside cover of my red 2013 Brownline daily planner. It turns out that Divvy already does that for me, keeping a tally every time I remove a bike from a dock, and the app takes that information and generates distances. If you take a bike from station A and leave it at Station B, you've ridden X amount of miles.
Soble improved Divvy's tabulations. Divvy's "Trips" page includes trips of three or eight seconds, which in my case means I inserted a bike in a dock that locked but did not wink its confirming green light. So I put my key in, yanked the bike back out and put it in the next open dock, because if I'm going to leave this $1,200 bike, I want to see a big green thumbs-up. DivvyBrags eliminates these microtrips of less than a minute, telling me that between Sept. 3 and Dec. 20, I took 46 trips, covering 47.5 miles in 7 hours, 49 minutes. (My flawed "Write-it-down" system only recorded 31 trips).
What possessed Soble to create the app?
"I make Web applications," he said. "It was an idea that took hold and I couldn't not make it. This was irresistible fun."
Which is also why I write about Divvy.
The app will graph your stats and let you download them. It also produces a "Leaderboard" ranking total distances, crediting one Jennifer Saito with 1,477 miles on a Divvy.
It took a week for the South Loop resident to create, but there were snags along the way. When Soble first rolled the app out in September, it required Divvy users to share names and passwords. That was a no-no.
"Divvy blocked the script and shut down the app," he said. "I wasn't going to do anything malicious. At first that seemed like that was the end of the story. But I went to talk with some Divvy nerds, and one said, 'You can still do it, you just have to be an extension. Something you plug in.' I went home and started working."
For DivvyBrags 2.0, Soble sent his code to Divvy's parent company, Alta Bicycle Share.
"I think I kind of took them by surprise the first time," said Soble, who met some Divvy reps for coffee. "It was a little tense at first. But I sent them the code, to say, 'hey, here's what I'm going to do.' " They signed off.
"We like DivvyBrags a lot," said Elliot Greenberger, point man at Divvy. "It shows how passionate our riders are about Divvy. But it also lets riders view and compare their trip data in a fun way. Our only concern was making sure the program didn't violate our privacy policy, but Alex discovered a way to protect rider info using a Chrome extension. Our technology team reviewed it line by line to make sure it holds up."
Some 200 people have loaded the app; to do so, go to divvybrags.com. Soble is fourth on the Leaderboard, with 504 miles.
"I use it in the summer every day," he said. "Much less in winter as it got cold. The app itself is a little bit of a motivation. If I'm trying to decide, use the Orange line or, hey why not get a little more exercise in and log another couple miles?"
Ah, competition.
For readers who just don't get the appeal of Divvy bikes—and you know who you are— Soble explained the attraction.
"The street can be a very tribal place, and Divvy is the newest creature on the block," he said. "Riding definitely makes you feel alive, feel your heart beat, feel the wind, the snow. I'm a fan of the experience. Of course, I haven't wiped out yet."
Something for us both to look forward to.