Who knew it would get cold in January? 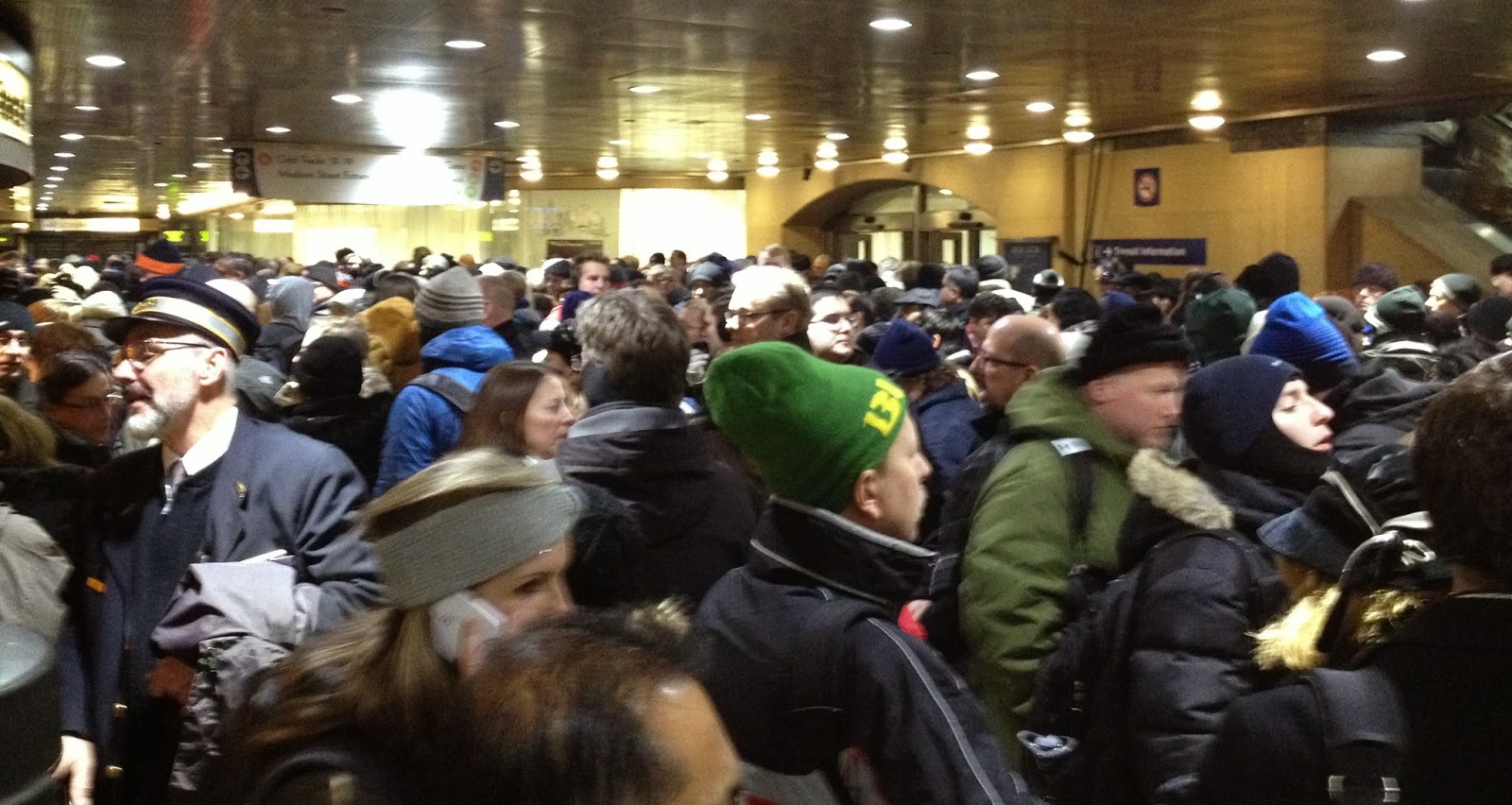 Metra has been apologizing a lot lately, explaining that last week's severe weather caught them off guard and, umm, left them reeling, apparently. The air was too cold. The snow was too fine. Which the loyal Metra customer might be tempted to shrug off — generally the trains run on time — except that the railroad does lots of things in a cack- handed way. This is only the latest example.

The Union Station tracks are hellacious. The ceiling leaks -- not drops, but dribbles, showers of God-knows-what-liquid right in the middle of the dark, dank, crumbling platforms. Every time it rains -- not an extreme rain, just a rain rain. 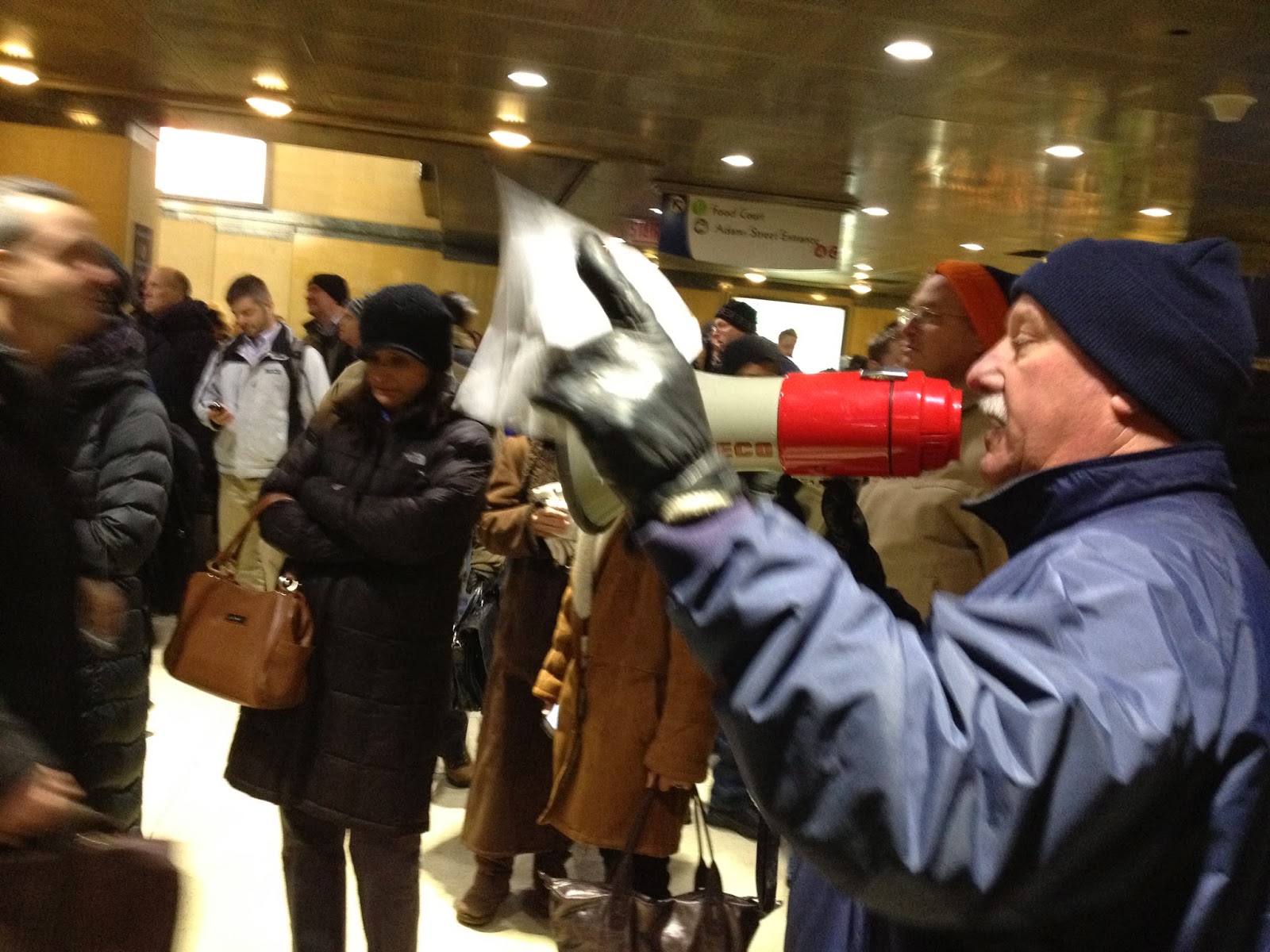 The platforms are loud. They're smokey -- Metra can't seem to ventilate the place. Nor can they get the people out. The station doesn't seem designed for disembarking passengers from trains, and thus they must crowd together and wait in enormous lines, shuffling up the stairs and toward the light and air. It's dreary, and dangerous, and after some panic causes a stampede and kills 17 people, remember that Metra had been warned explicitly about the deathtrap — right here, on Jan. 21, 2014 — and did nothing.
It goes on. There is no signage that tells you, when you get off the train, which way is the Madison Street exit and which way the station -- or, rather, there is a sign, but it's so poorly designed, high up and out of sight, that nobody notices it. Metra generally has not mastered the entire art of communicating words to people. That's slightly understandable on the platform, where the deafening din, which would be illegal to inflict upon unprotected workers in factories,  drowns out any attempt to communication. But it's that way in the station too, where I noticed this gentleman, during the cold snap earlier this month, using a bullhorn attempt to inform the milling, confused crowd about the bolloxed  schedule. You'd think they'd get the whole "speaker" technology down by now.
It's perhaps too easy to connect Metra's present woes with the mess over the summer related to the expensive firing of former CEO, Alex Clifford. But listening to the Metra counsel rhapsodize about Michael Madigan's 1st Amendment rights to bully government workers into giving raises for his chosen pets, and attending a farcical hearing of the House Mass Transit Committee, you came away with the sense that none of these people were lying awake at night trying to figure out how to keep the switches from freezing up come  January. They were padding their pockets and plotting their escapes.
Metra offered Clifford $718,000 to go away quietly. I bet that would defrost a lot of door mechanisms. Me, I'd have let him air his, as it turns out, completely legitimate complaints, and hired a few more clean-up crews.
In Metra's defense, they have a lot of hard-working, decent, friendly conductors (and a few pompous, theatrical, crusty old jerks, but they're tolerable). They generally do a good job. But not always, not consistently, and not lately.
The temperature supposed to hover around zero again today.