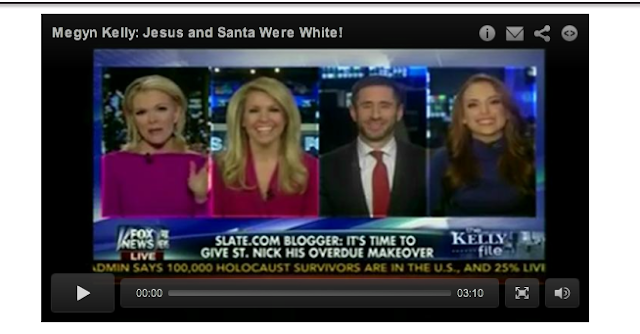 I try not to dive into the latest media tempest-in-a-teapot. First, because by the time I notice them, they're usually just about over. Second, because they're typically stupid and transitory and repetitive. Third, because everybody else has said everything there is to say. And fourth, it happens so often; continuously, really. If I made a point of reacting to nonsense on Fox News, it would be all I'd ever do. But sometimes you just can't resist.

Looking for a representative of the authentic black experience in America? Why that would be me. I know what it’s like to grow up in a completely white, middle-class suburb, to see my father come home after a not-so-long day exploring particle physics at a NASA research lab, to have no personal experience of prejudice, to go to new, first-rate schools, then play on a quiet street with my fellow white kids knowing violence was a mere 30 miles away in Cleveland — actually, not knowing, because the concept never crossed our little kickball-obsessed minds.
OK, so maybe I’m not the voice of authentic black experience. Scratch the “maybe.” Definitely. That’s why, when the subject comes up, I often fall back on an old reporter’s trick called “talking to black people” to find out their perspective on certain subjects. Maybe it’s a newspaper reporter’s trick, because I watched a video of Fox News anchor Megyn Kelly defending herself in the kerfuffle over her declaring Santa Claus is white. The Left media, which makes an easy living gleefully marveling at the almost-beyond-parody stupidities of the Right, took this to mean that she is so dumb she doesn’t quite realize that Santa is a mythical character.
It's worse than that. What really amazed me was ... well, first, a little background.
This particular cultural snowball was set rolling by a blog post on Slate by Aisha Harris, who says that though her house was filled with dark-skinned Santas "in the form of ornaments, cards and holiday figurines," that this wasn't enough, since she still saw the prevalent, Coke-tray white Santa beyond her home as the authentic one, and thus felt "insecurity and shame" due to this "incredibly powerful image" of a white Santa.
Gosh. It could by argued that any adult, black or white, whose lingering childhood shame comes from Santa already is way ahead of the game. But she has a point, about what she calls the "whole 'white-as-default' notion endemic to American culture," and suggests that a penguin be substituted for old St. Nick. "People love penguins," she writes.
Then Kelly and her crew of experts at Fox—whose network slogan might as well be "White-As-Default"— weigh in­, and, since it defies belief, I'll ask our Sun-Times graphics folks to include photographic proof of the panel that Fox assembled to critique this black blogger's opinion. Notice anything odd?
Incredible, right? You don't have to be black to comment on race. I do it all the time. But I'm one guy. It's another thing to assemble a quartet that looks like four white eggs, then let Kelly mock the idea of cultural inclusion. "I kinda laughed, this is so ridiculous," she said.
Ha ha. One of her fellow panelists prefaced her remarks by calling Harris' view more "politically correct nonsense," then haltingly suggested that maybe a child of color could possibly feel excluded if cultural icons are of a different race. Perhaps a penguin would makes all children feel more welcome. ...
"No, no," Kelly insisted. "It makes all birds feel welcome."
That settles it, huh? You can eat at the lunch counter. But don't mess with our Santa.
Then Kelly said something that summarizes the entire problem that the Republican Party has, not just with blacks, but with gays, immigrants, the whole shifting modern world that looks less and less like Mayberry.
"Just because it makes you feel uncomfortable doesn't mean it has to change," she said. "Jesus was a white man, too. How do you just revise it in the middle of the story and change Santa from white to black?"
Can't you just see the gears grinding in the dim recesses of Kelly's head? Come on! It's a white, Christian nation! We can't just change!
At this point I should just end the column because, really, what more need be said?
But to point out the obvious: We can change, do change, are changing. In 1960, non-Hispanic whites were 85 percent of the U.S. population. In 2060, the figure will be half that. You can fight it, welcome it, ignore it or, like the idiots at Fox News, stare gape-mouthed at it, a chorus of confused, agog, blank faces shrugging at each other on their befuddled white-folk Jedi Council. If you view the self-pitying defense that Kelly aired later, she ends by portraying Fox News as the true victim, as always. They never learn, never change, but that's OK. The world learns, the world changes. Fox and friends don't have to like it or even understand what's coming down the road. Upset about Santa? Ha. Just wait.