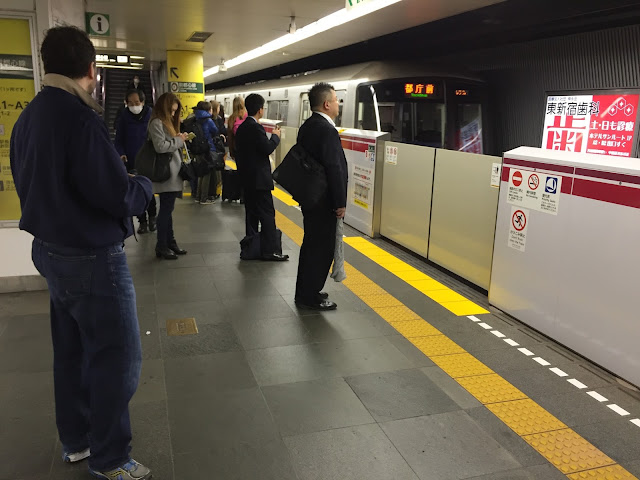 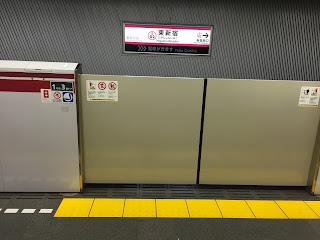 Chicago has some 2.7 million people, using 102 miles of its L subway system.
Tokyo has 13.8 million people and 121 miles of metro subway.
Do the math: five times the population using just 20 percent more track. It gets crowded.
Hurrying through the maze of stations, trying to get to the right line, the right track, is like being in an M.C. Escher etching come to life, with surreal masses of people flying in all directions, platoons fleeing up and down stairs, ramps, escalators. If I looked up and saw mobs pounding across the ceiling and walls it could hardly seem more otherworldly. 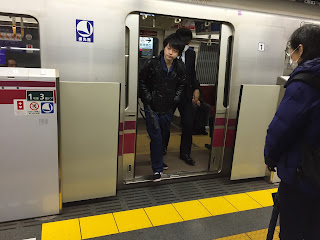 It was amazing that no one seemed to be slamming into each other, yet somehow all the hurrying commuters slid around one another.
On the platforms, people form lines behind where the doors will open, and while I didn't see any of the famous "pushers" who used to jam people into the trains, I could see the reason they'd be employed.
About 100 people a year in Tokyo die by falling in front of subway trains, usually after drinking, and to try to cut that toll, a number of stations I visited had an impressive automatic gate system, where the track is completely walled off from the platform, with doors that slide apart a moment before the train doors open. 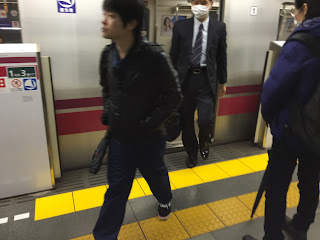 Other cities around the world have them—Paris is another—but American metropolitan governments don't find them worth the $ 1 million or so they cost for each station. Though about 50 people a year die in New York, putting it roughly on par with Tokyo, the idea of barriers there was dismissed.
The Tokyo subway also has "Women only" cars, designated by pink signs, for women who want to ride the subway without being fondled by chikan, or "gropers." But only during the morning rush hour. I'd say we don't have those on the Chicago "L" because they're not necessary, but I can't state that with any authority. 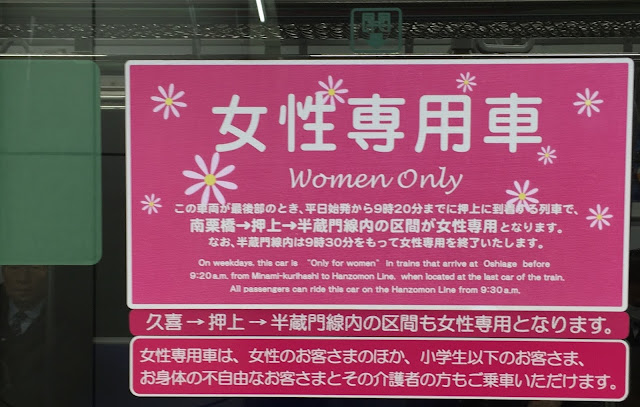