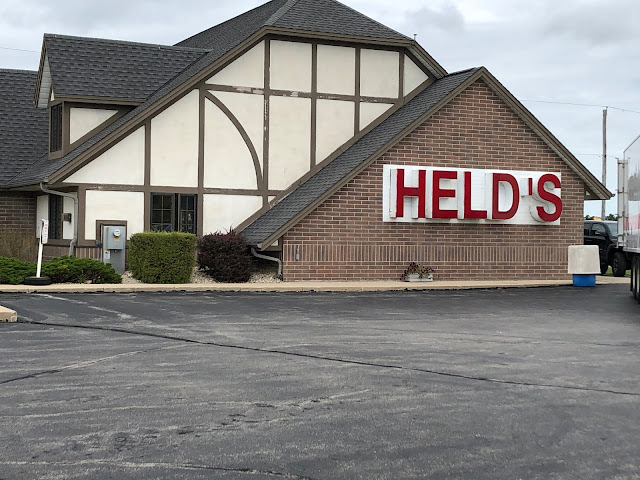 In mid-September, against my cautious nature, if not my better judgment, I drove up to the Upper Peninsula of Michigan, to Ontonagon, on the shores of Lake Superior.
Yes, it was risky. I'd be hanging out with half a dozen guys for the weekend. Mostly careful, older men like me. A couple younger guys, in their 30s. All people outside the bubble.
I made up my mind not to go, initially. I've gone, geez, seven times before. Nothing worth getting myself sick over. Yet when the moment came: "Yes or no?" I surprised myself by saying, "Yes."
Why? I always go. The year I didn't go, nobody went. It was my fault. I take risks as it is: shop in stores. Do interviews. I've been safe so far. It was a calculated risk. This pandemic could go on for years. You can't cower forever. Mental health is as important as physical health.
I was more concerned about the drive up. My pal who has a place in the UP said he had gotten some hostile looks from gas station attendants on the trek. The mask. I knew we would stop at Held's. We always stop at Held's, in Slinger Wisconsin, about 90 minutes out, to load up on beef jerky for the weekend. It's thick, soft, homemade beef jerky. I used to buy enough to bring home. A souvenir from the Great North. But my wife complained about it smelling up the kitchen. My older son coined the perfect description:
"It tastes like a burned-down house."
That it does. So I only bought a pound and a half—about $33. It didn't last a day. 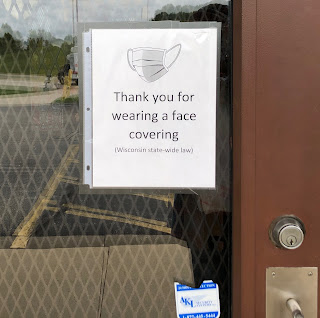 I was worried about walking into Held's. The transaction. Would I wear my mask? Or would I cave to local convention and go in unprotected? When in Trumpland, do as the Trumpkins do. How timid is that? Wear the mask and not care? I'd only be inside for a minute. Not a rough crowd, exactly, but not high tea in Andersonville either. Last year, a guy in front of me had a pistol. Not in a holster. Just sticking out of his trousers pocket.
"Obscure columnist beaten to death with a side of jerky for wearing a mask..."
I was relieved to see this sign on the door. Insisting, politely. The clerk—nah, that's too highfalutin a term for Wisconsin—the guy behind the counter, wore a mask. He cut me a generous hunk of jerky.
Honestly, I wasn't worried until the drive back. What had I done? Now I have to wait two weeks to see if I get sick. Plus, when I got back home, I began to worry I'd have to quarantine. Went online, tried to figure out the requirements. I have a research day Friday at the Newberry. Would I have to cancel? No, there was a window—their numbers were down, while I was there. The COVID quarantine gate didn't slam shut, for a second time, until Tuesday. Whew. That was lucky. I've been home for 10 days, and not so much as a tickle. Lucky. So I seem in the clear.
Bottom line: I'm glad I went. Took the heat in the sauna, plunged shouting into the frigid lake, hiked for a few hours, smoked cigars and drank can after can of Pabst Blue Ribbon NA. Talked and laughed and cooked—well, cleaned up, Rory did the cooking. Told jokes, dirty jokes, if you can imagine. It was a lot of fun, and fun can be hard to find nowadays.
And although I did some across some kind of spontaneous Trump parade near the aptly-named Butte des Mortes, I was wrong about the mask situation. So my apologies, Wisconsin, for underestimating you. Those folks in Wisconsin can still manage to surprise. Let's hope they do it again in November.