Is THIS the column you are looking for? 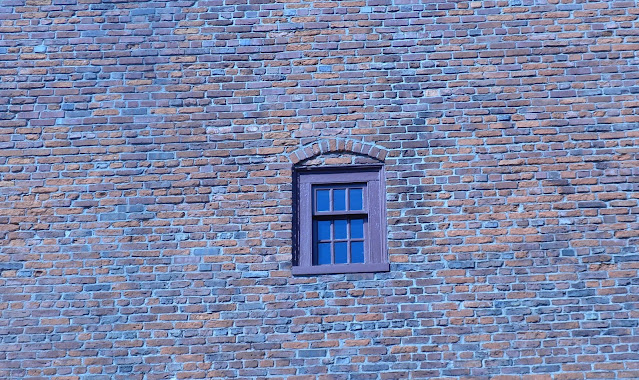 I'm no fan of cinder blocks, not on an aesthetic level. They're big, crude, grey. Nor on a practical level. Rough and heavy, tough to pick up.
I'm a much bigger fan of bricks—deep red, smooth, they fit easily in the palm of the hand. Dense, yet portable. An old brick, worn by time, can be a beautiful thing.
So bricks over cinder blocks, every time.
Unless.
Were I in a house on fire, and the only way out was a big plate glass window that wouldn't open, and there was a cinder block right there, I would happily alter my view of cinder blocks to adjust current conditions, and regard the cinder block gratefully, happy that it is there to be thrown through the window so I could escape. It would suffice.
That's my view of Joe Biden. I was no fan of his before the 2020 election, as I've written. But since he became the nation's last, best hope, the free safety standing between Donald Trump and spiking the ball in the end zone for a second term, Biden became Abraham Lincoln and Solon the Lawgiver and Clark Gable, all in one. I wrote a column about this before the election, "Hand the baby to Fireman Joe."
At one level. Am I happy that he, oh, lies about what military brass told him to do in Afghanistan? Or about his unleashing security forces on horseback to whip Haitian refugees? Or his inability, so far, to herd all the Democratic cats into one spot long enough to get this big multi-trillion dollar bill done? No, I am not. That's bad. But so long as Biden is going to face Donald Trump again in 2024, and he will, then he's my man, and I will support him. If he goes on national television and kills a wicker basket full of puppies, one by one, with a crochet hook, I will feel disgust and disappointment. And still support him, because animal cruelty just doesn't compare to undermining our democratic system and selling the country to the Russians.
Trump supporters, sitting cross legged in patient rows, fingertips pressed together, eyes narrowed, heads tilted back, scanning the skies for the arrival of their god from above, just don't get this. They see Biden's mistakes and apply the critical thinking they never, ever directed toward Trump. Suddenly, the measuring tape of good government has fallen into their laps, and they hop up to use it. And they want us to applaud.
Consider this email from Brian S. of Oswego, regarding Wednesday's Facebook column:

Neil, unfortunately there are some people who live on or for Facebook. I believe they are lonely or in search of some self worth by constantly posting their daily lives or thoughts. I rarely post anything to FB (maybe two times a year) but if it helps people cope or grieve I vote to not take that away from them.
P.S. Perhaps you can write an objective column about the effect of all President Biden's policies have had on American life over the past 8 months.

I saw through that postscript in a heartbeat. He tried to play it all cool and neutral, but "objective" was the tell. Usually I just leave these people to be judged by God at Doomsday and sent to the fiery perdition they deserve. But he backed into it so disingenuously, I couldn't resist serving him the lunch he had ordered. I replied:

Of course. Some people live for Beanie Babies. It's a big world. I can write that column for you now: Biden has been a tremendous relief from the liar, bully, fraud and traitor of Donald Trump, and it is only sad that those duped by him continue to deceive themselves, and scan the skies, a pathetic cargo cult of delusion that runs contrary to every principle of intelligence, patriotism or human decency. Thanks for writing.

No answer, of course.