So I went to get my COVID booster Sunday afternoon. All great, no problem at all; I didn't even feel the needle go in. Monday morning, also great, working on Wednesday's column, finishing the final draft of my book, marveling at my iron Eastern European constitution that can take double vaccines—I also got the flu shot—without a flicker. "Strong like ox!" I told my wife.
Then wham. Suddenly not-so-great. Face hot, 99.8 fever, and I crawled under the covers. Toward dinnertime, I had a thought, like a bubble rising in warm honey.
"But my poor ... suffering ... blog readers."
Thank God my interview with the Taiwanese representative to the United States kicked open to the door to the subject, at least in my own estimation. I went there nearly 20 years ago, and did a series, "Taiwan Ties," with variety of stories. One of my favorites was this, where I spent a morning in a cute little green Wrigley's gum van, making deliveries around Tapei. Not exactly ripped from the headlines, and I apologize for that. But "even noble Homer dozed," and today is such a day. Fresh stuff tomorrow. 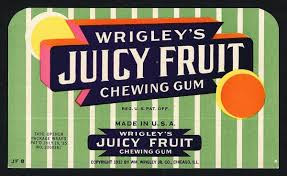 TAPEI—Wan-Hwa is the oldest district in the city, and there are a lot of bars here. People drink, and then want to mask it from wives and bosses, so the tiny local convenience stores, like the 1,000-square-foot Mr. Bean outlet on Hsi-Yuan Road, sell a lot of Wrigley's gum.
"Drunks love it," said Ying-Long Hju, the clerk at Mr. Bean, watching as his extensive display racks of Wrigley gum are re-filled. "It has a unique flavor."
American businesses have traditionally lusted after Communist China's billion-plus customers. But profits in that nation have proved elusive until very recently. Meanwhile, Taiwan, at one-fiftieth the size of the People's Republic of China, is actually a more important market than the mainland, buying 50 percent more U.S. goods.
"Taiwan is the United States' seventh-largest trade partner. It's the 14th-largest economy in the world, and for its size, that's impressive," said Richard Vuylsteke, executive director of the American Chamber of Commerce in Taipei, whose roster includes nearly 1,000 members from 610 companies. 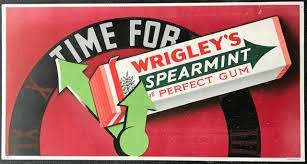 Taiwan is certainly a growth market for Schaumburg-based Motorola, which over the past year saw sales leap there despite the generally sluggish Taiwanese economy.
"Taiwan in-country sales this year are greater than Japan for the first time in history—a 48 percent increase compared with the same period in 2001," said Tom Sun, Motorola's Taiwan country manager. "Taiwan is ranked as Motorola's third largest single country/region outside of the United States, after China and Germany."
For more traditional goods—like gum—Taiwan is a more stable market. Wrigley has been there since 1974, and sales growth on the island trails the mainland.
"It's a mature market, more like the States," said W.J. Du, director of Wrigley Taiwan Ltd. "Five, 6 percent growth a year. Not like China. China actually has double-digit growth."
To keep from being overwhelmed by the burgeoning, immense Chinese economy, Taiwan hopes to position itself as a nimble manufacturer.
"For us to compete against China, flexibility, speed, efficiency and quality are very critical," said Dr. Morris Chang, a semiconductor manufacturer in Taiwan's Hsinchu Science Park, a vast center where hundreds of companies churn out high-tech products.
Having a low-cost workforce also helps. A skilled worker assembling flatbed scanners at the science park can expect to start at about $6,000 a year—not much by U.S. standards, though five times what a similar worker on the mainland gets. Taiwanese business leaders argue the difference is made up by the efficiency of Taiwanese expertise.
"Businesses found they couldn't source from Chinese companies," Vuylsteke said. "Quality control, on-time delivery, bribery—that kind of thing was too unpredictable. So you'll find Taiwan factories outsourcing in China with managers who were originally Taiwanese." 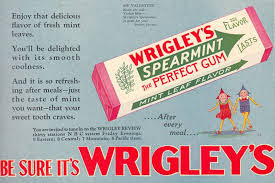 That is not to say that Taiwan, which embraced democracy only about 10 years ago, is without business problems. Motorola's Sun said that the legislative process is insufficiently transparent and the government's economic policy is "vague and still needs to be further defined." Corruption scandals are also frequent.
The assumption always is that business thrives under democracy, and while that might be true in the long term, in the short term Taiwan is still experiencing problems that come with a freer system.
In the end, while gigantic mainland resources and markets are expected to quickly push communist China past Taiwan as an economic player, the feisty Taiwanese are hoping to hold their own.
"We feel the competition," Chang said. "We feel the chase."
—Originally published in the Sun-Times, July 16, 2002
Posted by Neil Steinberg at 12:00 AM