Hot fun in the Fire Sudatorium 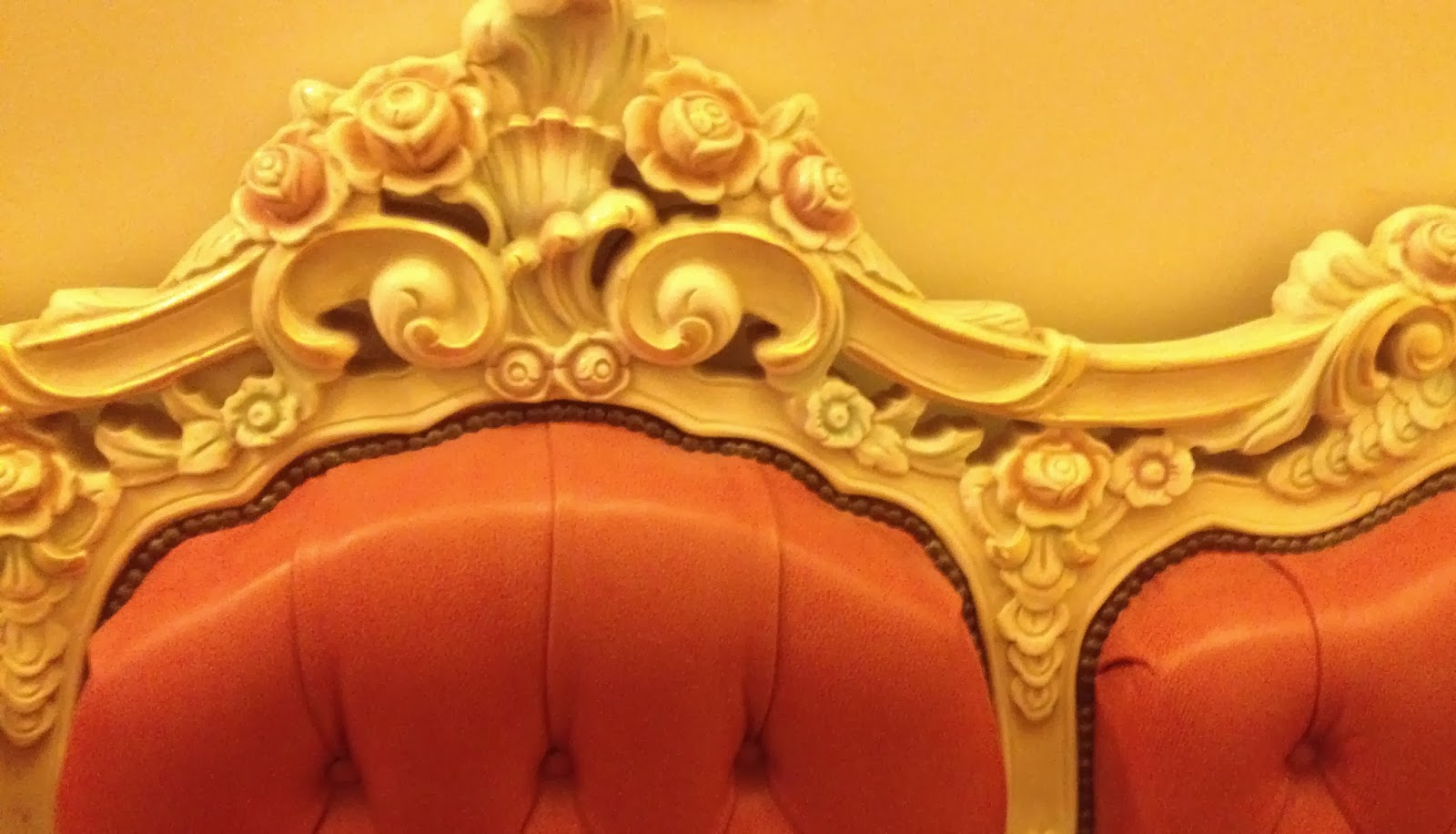 When it's cold outside, why not go where it's really, really warm? Thus many cold-climate cultures embrace the idea of saunas, steam rooms and bathhouses.  The Scandinavians—Swedes, Finns and such, are especially big on it, as are Russians. The Greeks and Italians helped invent it, and the Japanese developed the practice into ritual and art. Native-Americans had their sweat lodges. The current crop of Americans...well, not so much. Which I suppose in one way speaks well of us — we're busy, making money. The descendants of Calvinists and Puritans, we spurn comfort, pleasure and relaxation. But in another sense, it suggests something bad, that we fail to pause and just savor life. Inspired by this crazy cold, I paused to do some savoring Friday in one of the warmest places around. My report:

Americans are bad at lolling. Or maybe it’s just me; I don’t want to be one of those guys who project their own faults upon the world, one of the many men who, to quote Thoreau, “mistake their private ail for an infected atmosphere.”
We certainly are good at sprawling in front of the television. But lolling is different from sprawling. To loll is to idle away time “in a lazy, relaxed way.”
I did that Friday, or tried to. It being so cold, with the promise of worse on the way, it made sense to head for King Spa. 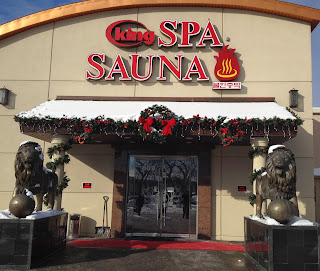 If you are not familiar, King Spa is a vast Korean establishment in Niles. At 34,000 square feet, it claims to be the largest Asian spa in the United States. The place is a strange mix of taste and kitsch, lovely Asian artifacts and huge cut amethysts with price tags slapped on them, granite counters and chairs upholstered in salmon Naugahyde and scrolled gilded woodwork that is half Louis XIV, half Lewis Carroll. If Kim Jong Un built a health club, it would look like this.
You pay $30, men go one way, women the other. Stash your shoes in little lockers, your clothes in another. Off each gender’s locker room is a steam room and four pools, from quite hot to icy cold.
I slid into the water at 10:55 a.m., thinking, "half an hour." That seemed the limit of sybaritic luxury. While the old Division Street Russian Baths, of which I was a member, could be deserted on a weekday, King Spa was hopping with a diverse mix, heavy on Asians and Russians, but with a cross section of Americans too—college kids, seniors. I closed my eyes, sank to my chin and listened to the murmur of languages.
By 11:15 a.m. I was in the hottest pool, gazing at the clock, wondering why I am deficient in the idling-away-time, doing-nothing department. Can you even loll through force of will? That sort of wrecks it, doesn't it? As it was, I was on the clock, being paid and researching a column, so it didn't even count as true relaxation. Rest makes me antsy. Something to work on in the new year.
I got out of the pool, dried off, put on a gray cotton uniform: shorts and a T-shirt (women wear pink, kids yellow).
On the main floor, the spa has nine sauna rooms, heated to different temperatures (one is an Ice Room at just above freezing) and employing various supposedly healing and revitalizing materials: salt, charcoal, stone and such. Normally I'd sneer at the mystical pretensions of it all—"The pyramid-shaped sauna channels metaphysical energy coupled with the unique healing effects of 23 carat gold"—but that would lose the spirit of the place, like a visitor to Disney World observing that real elephants could never flap their ears and fly since the surface-area-to-weight ratio makes that impossible. Thanks professor.
The hottest room is the "Fire Sudatorium," a beehive-shaped chamber where you sit, sweat and endure as long as you can—in my case about four minutes—before you bolt for the low entrance. It felt tribal.
After 90 minutes my wife and I met at the restaurant and had a passable pitcher of some milky rice beverage, a spicy salad with walnuts and eight fried-vegetable pot stickers, all for just under $30.
Walking to our table, I was slightly surprised to see, out the window, snow—Oh right!— and this is an indication of the relaxed mindset you fall into, between the uniforms, the burble of languages, the heat, the cold, the water, the chairs. By the time we left, 2 p.m., after three hours in the place, I felt rejuvenated; OK, maybe not rejuvenated, but not as crappy as I had felt going in.