I was friended by a Russian immigrant living in Chicago Wednesday, and thought to share this look at the Russian community, which I assumed I must have posted at some point since it was written in 2007. 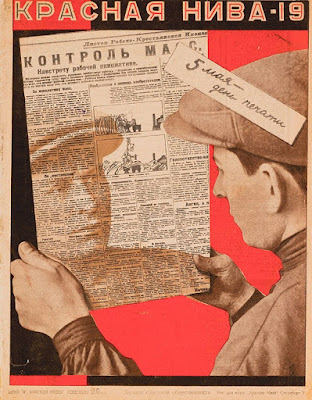 But I hadn't. So correcting that error, as well as the headline, which I had originally wanted to be in Russian, but the copy desk refused, under the very practical notion that newspaper headlines should be in English (translated, it means "From Russia with love." The original subtitle was: "The Chicago area's Russian population may not be the most vocal, but in terms of sheer numbers, they are a powerful ingredient in our melting pot.")

I also am including a correction, which ran two days later, and reflects the, umm, vigorous insistence of the Russians who felt overlooked. One of whom shortly thereafter took me to a not-at-all pleasant lunch at the Zhivago Restaurant in Skokie, where I definitely remember playing with my fork, listening to him complain, and musing, "I wonder if he's going to kill me after this...."

"Are there any Russian-speaking passengers on the train?" the conductor asks over a loudspeaker on a 6:19 Metra Milwaukee North Line.
I hesitate. My last Russian class was in 1980. A few words linger, a few sentences echo around the old brain. But fluent? Not even close.
Still, what if it's an emergency? Someone in distress? In seven years of taking the train, I've never heard an appeal for help over the PA system. I stand, shuffling down the aisle, imagining a lovely dark-haired lady, in a violet velvet dress, sobbing hard into a lace handkerchief.
The conductor, patting her shoulder sympathetically, looks up at me.
"Something about a Count Vronsky," he implores.
The actual conductor isn't in the next car, or the car after that. By then I decide the distressed party must be a frumpy, maroon-haired matron with a ticket problem. I groped at dusty words. Gdyeh—"where." Hochoo—"you want."
Just as I am puzzling over "to go," I reach the conductor, who is alone. He tells me that it was indeed a ticket problem—a woman wanted to get off at a stop that isn't on this run, so needed to be told she had to transfer at a certain station. Another passenger took care of it.
As I turn to go, a question comes to mind: "Out of curiosity," I ask the conductor, "how many Russian-speaking passengers volunteered to help?"
"Including you?" the conductor says. "Thirteen."

Chicago is an ethnic city. Yet when the usual suspects of our global melting pot are rounded up—the Irish and the Poles, the Italians and the Chinese—you have to go way down the list, past the Swedes, past even the Cambodians, until you get to Russians.
I'm not sure why. Russians were flocking here by the 1880s, according to the Chicago Encyclopedia. Most Chicagoans remember or at least know about the old Maxwell Street market. But who realizes it was an attempt by the city's Russian Jews—in 1930, 80 percent of Chicago Jews were Russian—to reproduce the jam-packed shtetls of their homeland? I didn't.
There were Russian Christians as well—Holy Trinity Orthodox Cathedral was built in 1903, in part, thanks to a donation from Czar Nicholas II. A fund-raiser was held by Buffalo Bill Cody, whose Wild West show included Cossack riders.
"We still have a liturgy in Slavonic," said Father John Leavitt, dean of the cathedral. "And traditional Russian foods are blessed at Easter."

But that is the past. In the present, the Russian population is swelling. The 2007 Chicagoland's Russian Yellow Pages is 598 pages—twice as big as when it began in 2000— with nearly four dozen pages in full color, for lawyers, banks, real estate agents. Chicago has two Russian newspapers, a daily, the Novy Svet, or New Light, and a weekly, Sybota Ploos, or Saturday Plus.
"There are about 550,000 Russian speakers in the Chicago area," says Alex Etman, who along with his wife, Emily, publishes the phone book and the newspapers. "Russian Jews, Ukrainians, Lithuanians and people from some former republics, Uzbekistan, Estonia, Latvia, Belarus . . ."
Etman says immigrants who once went to the city now go directly to the suburbs.
"We went to Rogers Park, then Northbrook, Highland Park, Glencoe. Now it's Buffalo Grove, Wheeling, Mundelein."
The population of Buffalo Grove, Etman says, is 18 percent Russian-speaking. That strikes me as a very high figure. But village officials don't think so.
"That may be about right," says Buffalo Grove Village Manager William Brimm. "That may be a legitimate number."

Russians are very low key, despite their growing numbers. No big parades, no driving around, waving flags out the window. If I didn't see them in droves on the train, I wouldn't know they are here. Why is that?
"Very good question," says Etman. "The best kept secret about Russians is, Russians always think that they are late. Most of us came at age 30, 45, 50. We didn't have time to celebrate, to make festivals. Russians are a very hardworking segment of the population."
Some are, some aren't. Some Russian immigrants are burdened with the legacy of 70 years of the ineptly paternal Soviet state, which has left a lingering hands-in-the-lap, when-is-someone-going-to-tell-me-what-to-do complacency.
"There are two groups," says Svetlana Fastovskaya, Russian service specialist at Omni Youth Services in Buffalo Grove. "One group is very passive and think they're entitled to everything and the government will serve them. The other group is very high achievers, pushing their children. A 'B' is not acceptable."

Another reason the Russian-speaking population is so understated is that it constitutes such a broad range of nationalities—from proud former Soviet commissars to Kremlin-loathing Lithuanians. Unlike most ethnicities, speaking the language does not necessarily make one a fan of the culture.
"Some will say, 'I'm not from Russia; I'm from Belarus," said Fastovskaya. "In my experience, there are again two groups: one assimilating and don't want to have anything to do with Russian culture, and other very, very connected with Russian culture."

Myself, I like to celebrate Russian culture over at Russian Tea Time, on Adams. The carrot salad. The squash piroshki. The special tea. I'm not sure how this influx of immigrants is going to affect Chicago, but while we're fixating on Hispanic immigration, it's worth pausing to remember that they are just the largest element of a constant infusion of new blood, making the city the changing, dynamic, diverse place it was, is and always will be.

Bob Hope supposedly once went to the Soviet Union to escape the pressure of celebrity, but quickly came home when he realized nobody there knew who he was.
That experience -- if true -- might have inspired this quip:
In Russia they treated me like a czar -- and you know how they treated the czar.
—Originally published in the Sun-Times, May 2, 2007

Lots of response to my item about Russians in Chicago -- my favorite was a simple "Who knew?"     There were cries of alarm, however, that my list of Russian periodicals was incomplete, ignoring the weekly "Reklama" -- Russian for "advertisement" but denoting a newspaper, the way an American paper might be "The Commercial Appeal."
"The community is so big and so wealthy and so powerful, yet not a lot of people talk about it," said Igor Golubchik, vice president of the company publishing the Reklama.
He scoffed at the idea—stated by the publisher of a rival Russian newspaper—that there are 550,000 Russian speakers in the Chicago area.
"There are no legitimate statistics or data," he said, only willing to estimate that there are "more than 300,000."
"We know there are a lot of Russians, but any precise numbers they get by sitting around, making them up," Golubchik said.
There are also Reklamas published in Detroit, Miami and Milwaukee, as well as a Polish version.
"It's a brand," he said.
Anyway, the Sun-Times regrets the omission, and notes that there are other Slavic publications out there as well, so they won't feel overlooked and complain, too.