Flashback 2009: Something about the Super Bowl 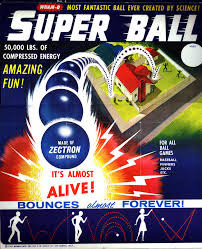 After yesterday's post on Mr. Peanut, cherished reader Chris Wood (he's cherished because he ordered my 2015 poster) remarked on Facebook, "Thanks, I'll have a nice story to tell Super Bowl Sunday morning."  Which was flattering, but the story struck me as thin gruel for a bunch of hardened sports fanatics, which I imagine to be the crowd Chris runs in. (You could be cherished too, if you catch my hint...) "I've got a better one," I said, promising to dig up the nugget below, which originally ran under the a-shade-too-candid subhead, "Something about the Super Bowl." And to show you just how sincere I am in my indifference to these things, I am going to guess which teams are involved in Sunday's game, and leave the guess up, knowing it is probably wrong. The ... New England Patriots and the Los Angeles Raiders.*

It might come as a surprise to those who have spent time around chickens, but the word "fowl" and the word "foul" do not share a common root. The first comes from an ancient word meaning "to fly," while the second from a word meaning "to stink." That they sound alike and describe something that shares both qualities is coincidence.

On the other hand, turkey, the bird, and Turkey, the country, do come from the same word because settlers in North America mistakenly believed the birds hailed from that land, probably because turkeys seemed exotic and, at the time, all things Turkish were considered exotic, the way that, later, deep-fried fingers of potato would be dubbed "french fries" because they were considered fancy, and fancy stuff came from France.
Which leads us to Sunday's big game. It is called the "Super Bowl," and one might assume that the name came from all the college "bowl" games (which, in turn, owe their names to the stadiums they were played in, the Yale Bowl and the Rose Bowl and such).
But according to football lore, it was Lamar Hunt who gave the Super Bowl its name after seeing his kids play with a Super Ball, the Wham-O toy that was popular in the summer of 1966, when Hunt, the owner of the Kansas City Chiefs, worked on the committee setting the particulars of the first championship game between the AFL and the NFL.
"My wife, Norma, had given the kids these Super Balls, and they loved them," Hunt said years later. "If you threw one down hard on the concrete, they would literally bounce over the house. The kids were always playing with them and talking about them, and I guess it was just on my mind."
Which is why there is a Super Ball on display at the Pro Football Hall of Fame in Canton, Ohio. Enjoy the game.
—Originally published in the Sun-Times, Feb. 1, 2009.

* Close. The San Francisco 49ers and the Kansas City Chiefs. Well, I guess not all that close. I got that one team came from California...
Posted by Neil Steinberg at 12:00 AM