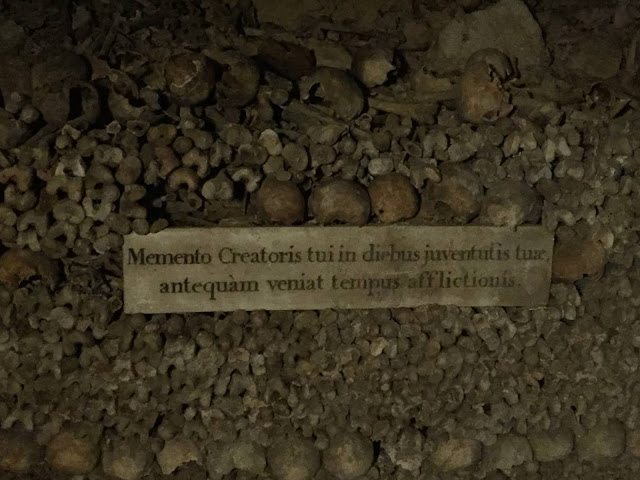 "Don’t be afraid of Covid," President Donald Trump tweeted shortly before he left Walter Reed Medical Center Monday. "Don’t let it dominate your life."
Silly us. And here we were doing exactly that, being afraid of COVID, letting it dominate our lives. When all we had to do was simply the opposite. Not be afraid; don't let it dominate us.
We feel sorta silly, now, with all our habitually wearing masks and avoiding enclosed spaces and such, as if our lives depended on it.     Maybe our lives did. There are those 209.000 Americans who died since Valentine's Day.    Old, right? They were old, half of them anyway. Practically begging for death. And the rest with all sorts of pre-existing conditions, diabetes and whatever. Which doesn't exactly make their lives forfeit. But really, if they didn't want to die of COVID-19 they should have taken better care of themselves, or at least been born more recently.     Like Donald Trump. Honestly, while my friends were imagining his getting sick and dying, I had dismissed that along with winning the lottery, and focused on this: his striding out of the hospital and doing a France-has-fallen jig. Which is exactly what happened. Declaring himself "an invincible hero."
Does the fact that he was quoting some groveling sycophant at the New York Post lessen the sting of that? I don't think so.
"An ... invincible ... hero." The vengeful God of Deuteronomy must be busy, must be distracted, perhaps molding distant galaxies, or otherwise there would have been a smoldering spot of grease where he stood on the White House balcony, whipping off his mask for his photo op. Maybe that's coming.
"Don't be afraid of COVID."
There's so much packed into that sentence.
Oh heck, we've got time on our hands. What's anybody doing but checking Twitter every two minutes and waiting for the next godawful shoe to drop. Let's unpack it.
"Don't..."—a directive, from your leader. From your king, to some. Have you seen the "Trump is my king" t-shirts that weaponry wacko Kaitlan Bennett, the pride of Kent State University, is selling? Ooo, you must.
"...be afraid..." which is funny, because being afraid is what Donald Trump has sold so successfully, the central operating principle behind all of this—fear of minorities was only the start. Of science. Of change. Of anybody other than themselves, and I would imagine, push come to shove, they'd be pretty afraid of each other if there was no one else around left to demonize.
Afraid of everything but the stuff they should be afraid of. Like COVID-19. Which if it isn't about to scythe through the Trump administration ... well, let's say we won't be surprised.
In their defense, sometimes Democrats seem to be not afraid enough. If I hear one more person speculating that, gosh, these drugs might affect Trump's judgment, that we have no way of knowing now if he is fit to be president I'm going to scream.
"...of COVID." Heck, at least he said it. That implies he figures it's real. Maybe that's the epiphany Trump had at Walter Reed: "Oh, this IS a disease, and a discerning and exclusive one, since it picked me!!!"
Although he did declare himself ... what was the term ... "Maybe I'm immune, I don't know." Modest, as always.
Altogether, "Don't be afraid of COVID."
Not if doing so keeps you from going to work and restaurants, to movie theaters and bars, so the economy gets jacked back up in three weeks and Trump wins.
Have I got it right? I believe I do.
As for the dying people ... the dying people ... well, they're dying out of sight, and you can't bake a big American is Great cake without cracking a few eggs. Am I right here? Of course I am.
There was more of course. There is always more with Trump. He babbles like a brook.
"Don't let it dominate your life."
I guess wearing a mask counts as domination. These are the same sort of people who fought against seat belts because they rumple your tie. Who declared that, without smoking being permitted, restaurants would all go out of business. Do not submit to the yoke of the mask, Trump implies. I didn't and look at me. "I feel better than I did 20 years ago," he tweeted.
Live the best life you can, by contracting COVID. I'm surprised Donald Trump hasn't figured out a way to charge people for getting it. Oh right, he has—pay $250,000 to attend a fundraiser and breath in his virus-laden droplets. I wonder how those people are feeling today? I wonder how Trump will feel once those drugs wear off? I wonder how many times he'll go back to Walter Reed? I wonder if Nov. 3 will ever arrive.
Posted by Neil Steinberg at 12:00 AM