Mitch McConnell will CRY when he reads this: State of the Blog, 2020 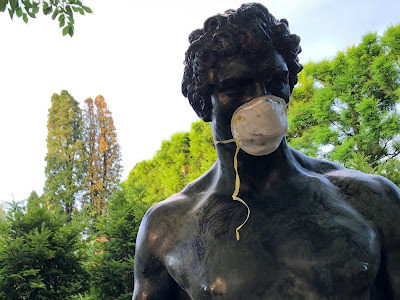 At the end of every calendar year, I pause to evaluate the past 12 months of this blog. Though frankly, with the epic global train wreck of 2020 finally coming to a sheering, twisting, screeching, smoking halt, it seems the thinnest and most trivial piping—a bird chirp after a bomb blast—to use the silence to puff the steam from my own teacup. A bit too self-absorbed, even for me.
But heck, maybe a long gaze in the mirror will hit the spot, for me if no one else. Besides, it's what I do.
To begin, global pandemic and societal disaster must be good for clicks. Eyeballs increased in 2020. On Jan. 28, everygoddamnday.com had its highest number of visitors in one 24-hour period, ever: 182,625 hits. Kind of a lot, really. More about that later.
First, thank you everyone for stopping by. I'd sure feel stupid if nobody read the thing. The blog has quite a flock of regulars at this point, and I appreciate you sticking with me, despite my occasionally pausing to—reading off a card—"gratuitously insult the very people upon whose good nature I depend, a misstep for which I am truly sorry."
There's, that's out of the way. Thanks to Austin bureau chief Caren Jeskey, who joined the party in April, for illuminating our Saturday mornings with ... heck, what would one call it? Her woke feminist Texas-via-Rogers-Park transcendental spiritual karmic splendor? For starters. She is a woman of parts. I've enjoyed getting to know her, and I know readers enjoy it too, particularly since they don't complain about her anywhere near as much as they do about the guy responsible for the other six days. My favorite columns of hers are about the various critters she's encountered, such as scorpions. I would read a book of that, "My Adventures Amidst the Texas Vermin."
Thanks to Marc Schulman, who didn't want a holiday season to go by without Eli's Cheesecake showing its support for America, free speech and everygoddamnday.com. He is what makes this blog an economic endeavor and not pure hobby, and I appreciate it, and the cheesecake. It really is excellent cheesecake, and if you haven't ordered any yet, well, damn you. 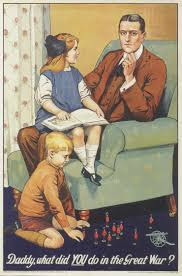 Thanks to Tate and Jakash and all the readers who have pointed out my continual stream of typos and errors, so I could correct them. Too right is two air—whoops, I mean, "To write is to err."
There were three main stories of 2020: COVID, racism and the election, and I tried to cover all three. When the pandemic struck, the question raised in that British World War I poster designed to goad men to enlist lodged tauntingly in mind, "What did you do in the war, daddy?" I wanted to make sure that, when this is over, should it ever be over, that I felt I did my share, as a newspaperman, and didn't sit out the crisis on my ass in Northbrook, sheltering in place.
My best-read post was in January, "Profiles in Cowardice," had 4,600 views, pondering in amazement how Republicans senators can grovel before Trump instead of impeaching him, yet sounding a defiant note:

I am certain that opposing Donald Trump is a patriotic duty, almost sacred in its alignment with all concepts of democracy, freedom, morals, human decency. I have no doubt whatsoever that no matter what occurs in this country, it is something I will look back on with pride, or my children will look back on with pride, and if that is in conflict with the general consensus, it will mean that Trump has triumphed—as he might—and we are still in the dark age that follows. But that dark age will end because all dark ages do. The story can't end with Trump winning. It can't it can't it can't. Enough people will stand up, vote, resist. It has to happen.

And it did, barely. Okay, a quick glance at the year's highlights.
In January, the last normal month, I used having a new hip put in the week before to deep dive into the etymology of "crutch,"
In February, I looked into filing cabinets.
I beat a drum all year against the treason of Trump and the idiocy of his administration, but in March paused to point out that coronavirus would far surpass historic reckonings of presidential blundering.

America took a gamble, allowing itself to be led by a charismatic fraud, and now we see we lost the bet. The awful toll of the Vietnam War, 58,000 Americans dead, was my previous high water mark for presidential folly, Now that’s chump change. And if you still like to imagine that our fellow Americans would not literally follow that man into their graves, you can stop now.

I've written dozens of COVID stories, but I was particularly proud of April's column-length Alcoholics Anonymous meeting. May started at Roseland hospital, with a nursing supervisor would couldn't end her shift until she found someone to replace herself.
In late May and early June, the civic unrest following the killing of George Floyd took center stage. I wasn't downtown when the first riot broke out, and hurrying straight there seemed both unwise and unnecessary. But I still managed to convey a sense of the chaos.
In late June, as if to mock that decision, I wrote a post that pinballed around the country, "Virus Mystery: The Case of the Missing Fresca." I had been reluctant, even embarrassed, to turn it in—it's about Fresca—and the column blowing up seemed a kind of punishment. The piece seemed to lodge itself into Google so if you type "What happened to Fresca?" it pops up, and topped the leader board in our newsroom for so long, my bosses asked for a follow-up, which I dutifully delivered in August, "Fresca's Back! Mystery of its absence solved."
In September I posted probably my favorite column of the year, about the Cologuard test. Why? Because I was proud of wondering, "Hey, who opens the jar?" And prouder that I drove to Madison to find out. That isn't cutting edge journalism in the usual sense of the word, but it's the standard I aspire to myself: I want to be the guy who wonders who opens the jar.
During the pandemic, Amazon tightened its grip on our lives, and in October I went inside one of its enormous procurement centers to glance at the live of workers there.
What else? We had our five millionth hit, of which I estimate a quarter are robots and spiders and other quirks of robotic attention, including 180,000 of the 182,625 hits on Jan. 28. I figured, many people probably bail out midway through these, and there is no harm in giving them the impression they're bailing out of a big deal. Usually it gets about 2,500 hits a day—75,000 in December. Not much, but it'll have to do.
Anyway, thanks for reading. Happy New Year.