Passover is a backward kind of holiday 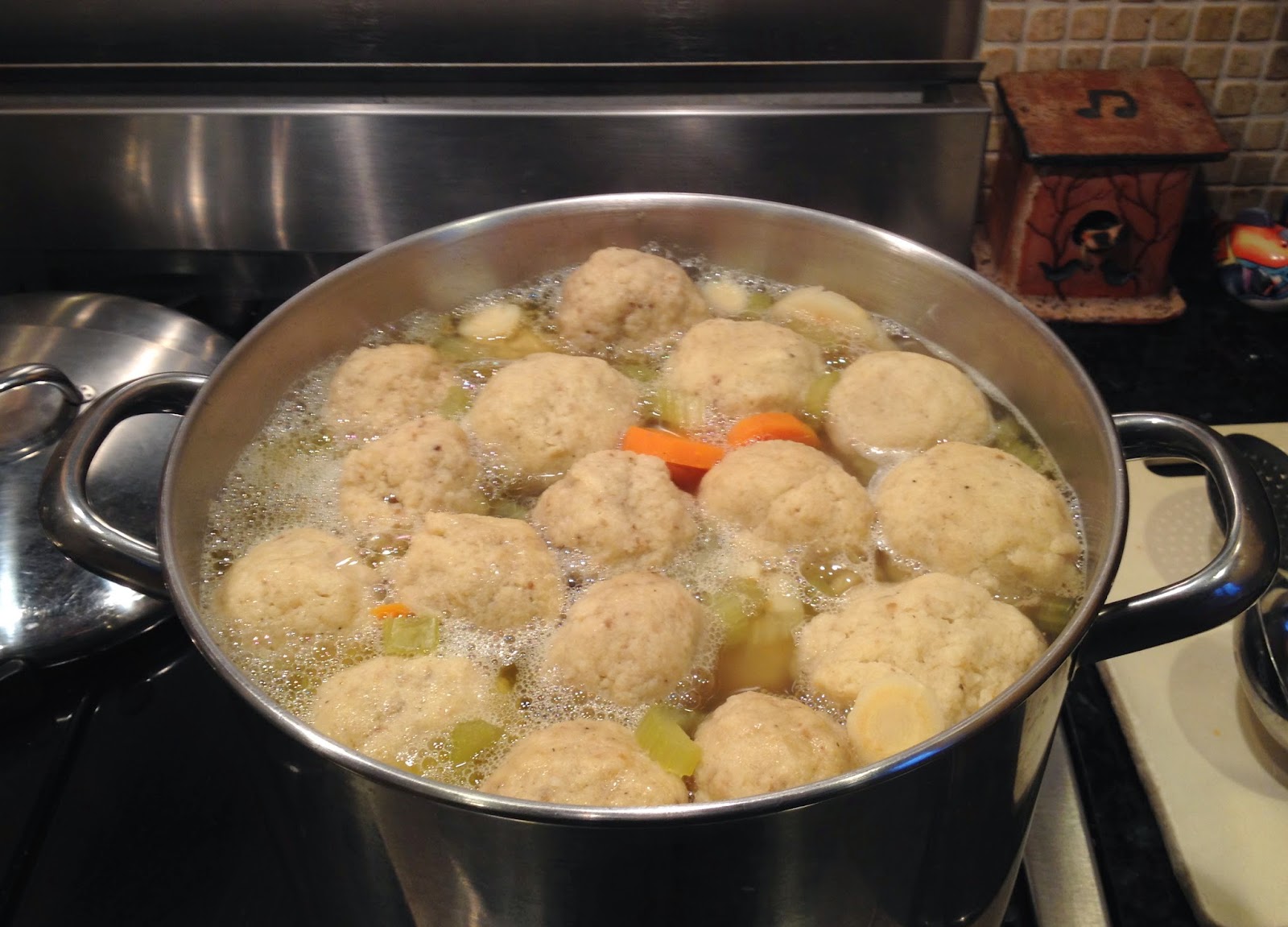 I might be the only newspaper columnist in America who writes regularly about being Jewish. I do it because it's part of my life, and I don't see a reason not to. Those who don't, well, they'd have to answer as to why—indifferent, I would guess, or ashamed.  Thus I've written a bit over the years about Passover which begins Monday evening.


THIS IS THE BREAD OF AFFLICTION
Passover is a backward kind of holiday. It begins with the highlight, the Seder meal, then lingers on for a weeklong appendix of mundane observance. It's as if Easter were followed by Lent.
Not eating bread -- in solidarity with our forefathers who fled Egypt -- isn't the most austere religious regimen in the world. But it can be a challenge for the kiddies. Lunch is a big deal in public school -- it breaks the torpor of the day and is a source of status among your peers.
I  still remember unfolding my ominously flat square of tinfoil, to reveal a crushed matzo and bologna sandwich, and gazing tentatively around to see how this bit of ethnic strangeness was being received. And we wonder why Jews become agnostics.
My older boy was going out to dinner Tuesday with a buddy's family, and that morning at breakfast my wife cheerily inquired whether he wanted some matzo to take with him to the restaurant. His eyes widened slightly as he said no thanks.
Smelling fear like a dog, I zeroed in.
"Good idea hon," I said. "Because they might not serve it."
I turned to him, beaming obliviousness.
"I have just the bag you can put it in. It says 'MY PASSOVER MATZO' on it, with a picture of a pony. It hangs on a string around your neck."
Cruel, I know. But ours is a complex tradition, and eating crumbly crackers for a week in spring is just the start of it. 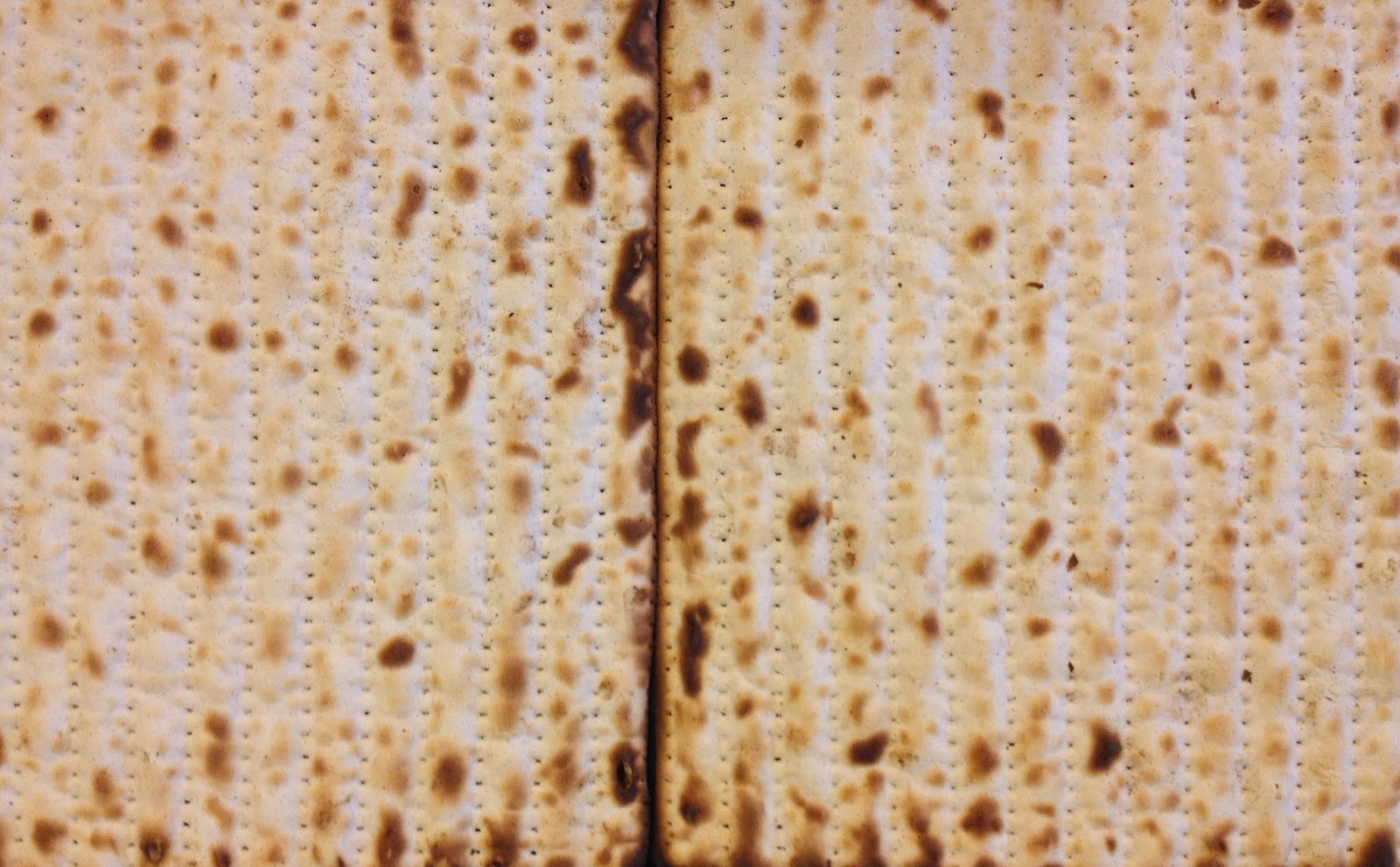 Like a lot of people, I had just enough religious training to make me feel guilty. I learned about all the rituals I don't practice, the prayers I don't say, the beliefs I don't hold.
I might wish it were otherwise -- people who carry strong faiths and follow them seem so secure, so confident when pointing out the shortcomings of their inferiors. It would be nice to be like that.
But you have to dance with who brung ya. You can't choose your upbringing. My folks gave me religious training because they felt they were supposed to. The central religious memory I have of my father is him sitting out in the synagogue lobby, with the newspaper on his lap, because he couldn't bring himself to go inside and endure the service.
Now I'm the same way. I inherited not the proceedings inside, but the lukewarm obligation with which they were delivered. That's what happens.
As if to cap it off, as soon as their children grew up, my parents stopped practicing entirely. I picture them spreading their arms and grinning broadly. "Ha, ha -- fooled you!" Sure did.
Every once in a while I'll meet some deeply religious person who'll try to persuade me to plunge into the clockwork details of my faith. But I just smile and shake my head, as if someone from Dublin were trying to talk me into being Irish. It isn't that the route is unappealing, but I can't do it without fakery. Faith is not something you learn, it's something you acquire. I missed that train long ago.

Except this Friday, which you may know is the start of Passover. In my view, Passover is the highlight of Judaism. Much attention is given to the High Holidays -- the Day of Atonement and the New Year in the fall. But for me, those are like April 15, Tax Day. Something you do because you have to. You're in trouble if you don't.
Passover, more than anything else in the religion, I do because I really want to. No pretending necessary.
I'm tempted, in my cynical way, to ascribe its allure to the food piled on at the Passover meal, the Seder. And the typical lineup for a Passover Seder does read like the greatest hits of Jewish cooking: chopped liver, matzo ball soup, gefilte fish, kosher chicken, macaroons, those sugar-fruit-slices-that-you-never-otherwise-could-indulge-yourself-enough-to-put-into-your-mouth. There's also the wine, and the warm companionship of my family (well, technically my wife's family, which is my family now.    My original family is off sulking in various cities around the country; I couldn't drag them to the Seder with a winch and a chain).
But there's more to it than that. You can eat well any time. The Seder -- the word means "order" -- is like a play, unspooling the story of the flight from Egypt.
Now, there are a lot of silly, inconsequential things in the Bible -- lists of insects and rules relating how to take a bath -- but the Exodus from Egypt is not one of them. It's a grand, magnificent story that reverberates in every single person's life, particularly when told at a Seder, which stresses that this is not some dusty, irrelevant happenstance that we're all forced to recount before we can eat, but something that happened to each person sitting there. "You were a slave; now you're free."
That makes sense to me. I can understand it and, each year, appreciate it anew. A nice double-pump meaning: first, historical. These people really fled across the desert so that we could be here, so that the world wouldn't be formed entirely out of Egyptian theocracy and Babylonian excess, but would have . . . dare I say it? . . . the spirit of God in it.
And second, personal. Everybody is a slave to something, everybody strains against their chains and fights to free themselves. It's a great thing. Religion that means something. And good food, too.
Posted by Neil Steinberg at 12:00 AM