Racism ended in U.S.! Colleges to judge only by merit 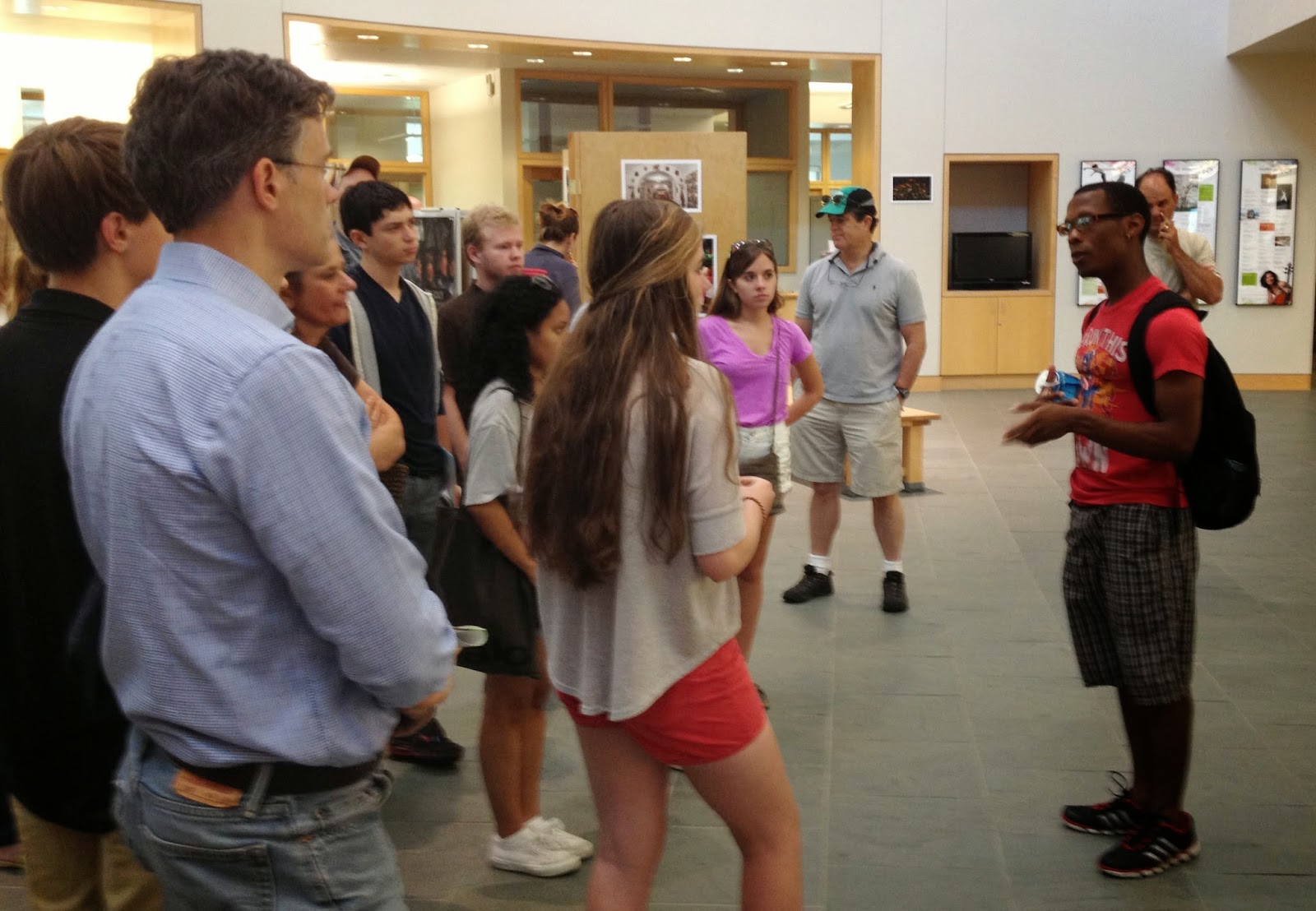 Two college hunts. Back to back without pause. Even before our high school senior was parading around in a new T-shirt for his future alma mater, we had already begun to aid our junior’s search. Down to Urbana. Up to Milwaukee.

I suppose some, perhaps many, parents are absentee in this process. Many parents are absentee, period. But we nudged them this far, can’t stop now. So yes, 16 campus visits and counting; 16 speeches of welcome from 16 perky administrators or student hosts. And 16 versions of the following:
“We are looking for a dynamic, diverse student body. Tell us who you really are, your unique skills and excellence. Because some years, we need a trumpet player in the band, so we wave a few trumpet players in.”
Last month at Marquette, a student greeter said something like, “We have students from 49 out of 50 states ...” then added, “so if you know somebody from North Dakota, tell ’em to apply.” Everyone laughed. At least I thought it was Marquette; maybe it was U of I; these things blend.
Either way, is that fair? Should anyone who can complete a form in North Dakota trump some hard-working kid from Illinois or Missouri just to fill a hole in Marquette’s promotional graphic? Of course not. But that is how the strange, random, mysterious, unfair, unscientific, skewed, debated and complex college admissions process works.
A system that just got stranger, more random, etc. Tuesday, as the U.S. Supreme Court upheld a Michigan constitutional amendment that says public colleges there can't consider race or sex when admitting students. Trumpet-playing yes, football ability, definitely.  Volunteering, yes. Scores on tests designed to reward certain kinds of smarts? Absolutely. Race and gender? No.
Because we've all moved past that racial business and are a colorblind nation where all are free to make their own life choices, unfettered by any prejudice or lingering disadvantage. We all start from the same clean slate - it's just some chose to live in an upscale suburb like Northbrook and go to excellent Glenbrook North and study like mad and get a great education, while others prefer to be poor and live in Englewood and see their kids get shot at every weekend.
Kidding.
The scary thing, for me, was not so much the Supreme Court quashing affirmative action, which wasn't the ruling. What the majority ruled was worse. They said college race preference is for states to decide, individually, the same states where bigotry smolders through the decades, waiting for the smallest waft of acceptability to burst into flame. If you don't believe that, reacquaint yourself with the choking off of minority voting rights, disguised as preventing nonexistent voter fraud, that the usual suspect states—Florida, Texas, etc.—have recently adopted, because they thought they could get away with it and they were right. Nobody seems to care.
Now those same states can make it harder for minorities and women to leverage themselves into college, the engine that feeds the middle class. These laws have real results: When California schools became race blind in 1996, the next class of incoming black freshmen fell by 57 percent.
But that's OK because admissions are based on merit, right? Wrong, as anyone who is going through the process knows, since "merit" belongs in quotation marks. "Merit." It is a social construct, a definition, a game. What is "merit"? The best test scores? On whose test? No college takes the top test takers or top class rank. They want a mixed student body and have reason to strive for balance, especially racial balance. First, diversity reflects who we are and increasingly will be as a country; second, it extends a scarce resource—a diploma—to more groups seeking it; third, and most importantly, it creates a better learning environment for all.
This is complicated, and I hate trying to wrap it up in fewer than 800 words. For 50 years, the Supreme Court took the lead in transforming colleges, which, left to their own devices, tended to be lily-white enclaves where upper-class kids went to polish the skills they'd need running the world. Being inclusive meant they let in a few Jews. After World War II that changed. Slowly.
But centuries of oppression were not undone in a few years; it's foolish to pretend otherwise. Access to college is part of the long correction, and colleges will skirt the law, focusing on geography and economics, to achieve the balance they seek. What will be scary is what states cook up next, with the high court's blessing, in their endless effort to return to their beloved past.
Posted by Neil Steinberg at 12:00 AM