It could almost be a lonely spot on the far Michigan shore, with the blue-gray lake and the brown grass, scattered copses, bare trees swaying in the steady breeze. The dunes maybe.
But north, there’s the skyline of Chicago, looming like Oz, and west, a massive wall, 30 feet tall and 2,000 feet long, which held ore off-loaded from barges when this was U.S. Steel’s South Works. Once the vibrant heart of Midwest manufacturing, it is now, and for the past 20 years, both a white elephant and a tantalizing possibility. 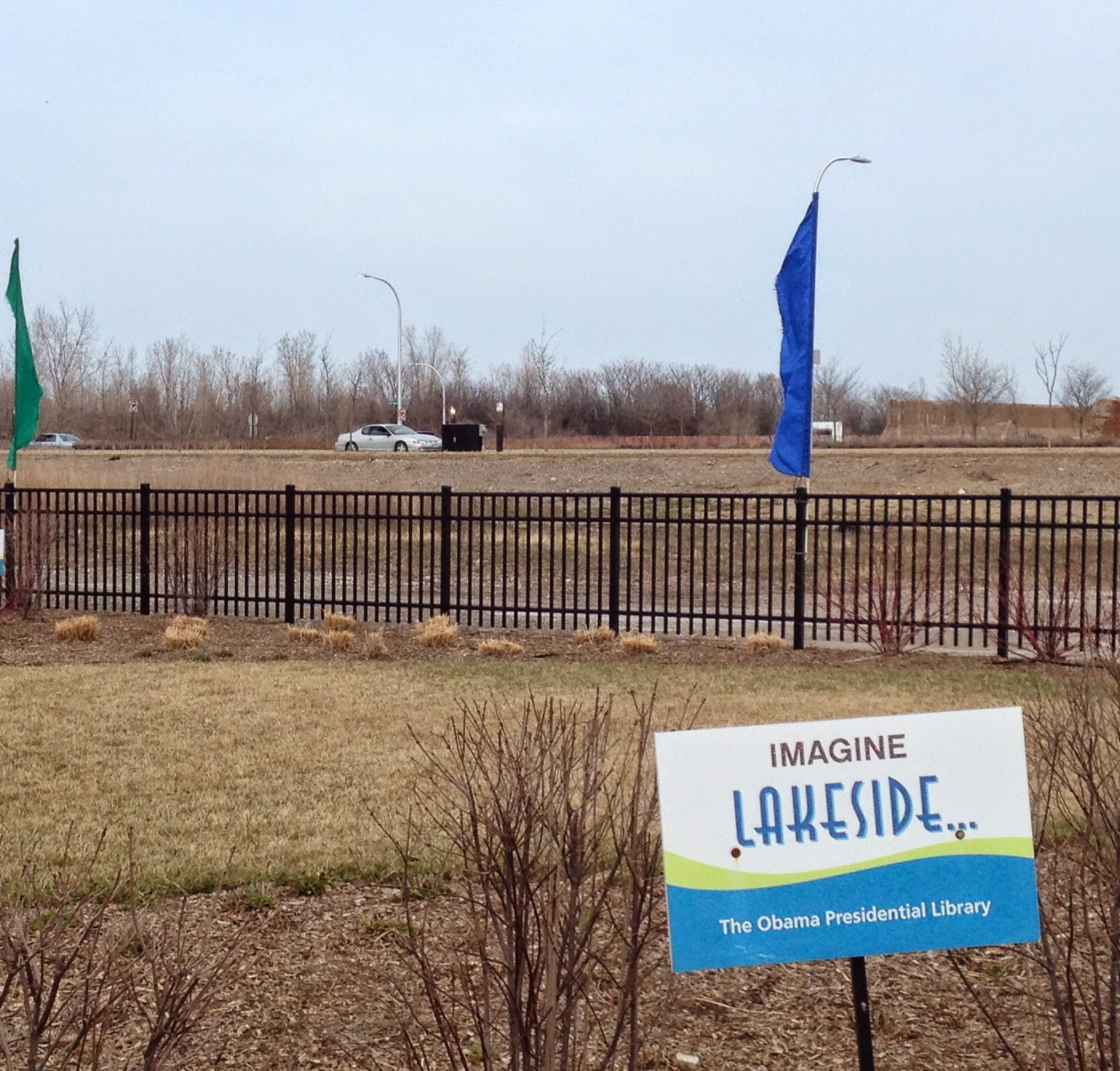 Nearly 600 acres — almost the size of New York’s Central Park — of prime lakefront, where East 86th Street approaches Lake Michigan. Or remote lakefront, depending on your view. For developer Dan McCaffery, this is where Chicago’s newest neighborhood is about to spring into being, anchored by Barack Obama’s presidential library.
“It’s so beautiful,” said McCaffery, who has been working with U.S. Steel for the past decade getting the property ready for development — the South Lake Shore Drive extension that opened in October was a major step.
The Obama library is a greased pig that many are scrambling for: the University of Chicago, in the lead, but also the University of Illinois at Chicago and, trailing behind, Chicago State. A committee of the Illinois House voted Thursday to put $100 million on the table to try to make sure the library doesn’t go to Hawaii, Obama’s home state. 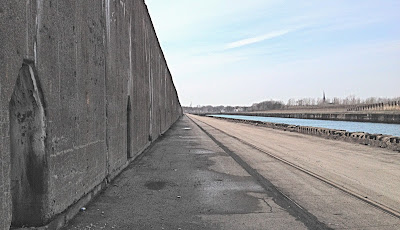 One benefit of the South Works site: There is nothing there. A velodrome — a banked bike track — somewhat improbably, and the wall, which would have to be blown up. That’s about it. The drawback: It isn’t on the city radar. Not yet.
“Imagine this,” McCaffery said."If you were getting 1.5 million visitors a year down there. Navy Pier is our number one tourist destination. . . . Put a hydrofoil [boat] station at Navy Pier, and a hydrofoil station right in front of the library, walk up these grand stairs."
Which raises the question of how many visitors an Obama library would draw. The Lincoln library in Springfield, a Disney-esque attraction built around our most beloved president, pulls in 315,000 visitors a year. Reagan does a little better. But Nixon only draws 90,000. That isn't as many visitors as hit Wrigleyville on any summer weekend. I could see the library kick-starting a vibrant new neighborhood. Or I could see it perched by itself on a lonely, windblown promontory.
This is an area where I'm a notoriously bad judge. I remember walking along Navy Pier, back when it was a debris-strewn ruin, and thinking, "What kind of idiots are wasting their money by trying to turn this remote stretch of nowhere into some kind of pleasure dome? Nobody is going to want to come out here."
Most popular tourist attraction in the state — nearly 9 million visitors, about twice as many as second-place Millennium Park.
McCaffery is pushing the site to "whoever will listen," and is placing a formal proposal when requests are due June 16.
"It is an area of town that is 2 miles from Michelle's house, 4 miles from his current house," McCaffery said. "A mile from where he was a community organizer."
Fair enough. But what if history judges Obama as closer to Nixon than Lincoln?
"His library, I'm quite confident, is going to be a longtime draw," he said. "It is no small thing that this is the first man of color to be the president of the United States."
He's a lot more than that. Between health care, eliminating Osama bin Laden and ending two wars, Obama's museum will have a lot of exciting stuff in it, and if every Chicago public school kid visits once a year, that's 400,000 visitors right there. You can almost squint and see the buses lining up.
But is this the place? "Far" is relative. I kept thinking of the Wrigley Building. It isn't an accident that it is gleaming white, glazed terra cotta, lit at night with flood lamps. That was done because, when it was built in 1921, there were no office buildings north of the river. Michigan Avenue had recently been Pine Street, a seedy area of warehouses and factories.  The Wrigley Building was designed to catch people's attention, to lure them across the river.      It had a restaurant and a bank so tenants could have services nearby. It worked. The city grew around it. That could happen here too.
"To me, this is more than a site," McCaffery said. "This is an opportunity for a new city, that espouses all of the things he has spoken about during his presidency."
A daring, future-oriented move that some would immediately condemn as folly. That hasn't stopped Obama in the past. I took a good look around and tried to imagine the library, the townhouses, the neighborhood. Stranger things have happened in Chicago.