Shutting up is an art form 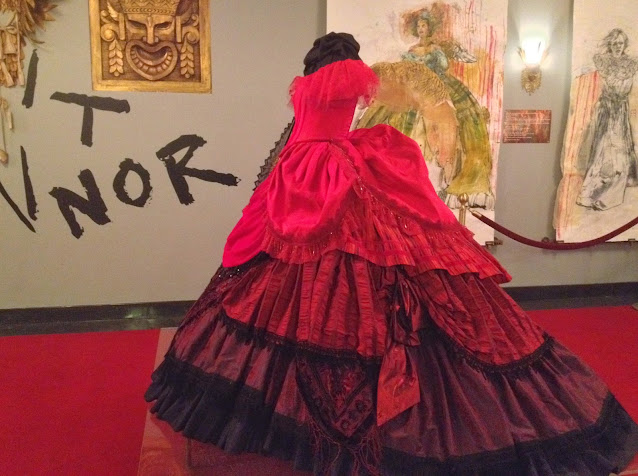 You said in your tweets on this subject that you were open to more information, so I’m taking you at your word.  This letter may look long, but the situation is complex, so I hope you take the time to acquaint yourself more fully with the issue of sex worker rights.

Those are all neutral terms. The word “hooker” is a slur, and so is “whore”. Prostitution is a crime, and calling someone a prostitute is making a statement about their legal status, so unless one is talking about a legal situation, it’s better to avoid that word. Those are the terms I’ll be using in talking to you, and that’s how sex worker activists will speak of us in any further reading you may do.

Background: There is a worldwide sex worker rights movement underway. It’s been going since the ‘80’s really, but it’s been moving in higher gear for about the last decade. In the US, what we want is: any nonviolent and non-coercive exchange of sex/sexy activity for money to not be a criminal offense. Basically, if a sexual act would not be illegal if no money changed hands, then simply adding money to the situation should not transform it into a crime. We have a long way to go in achieving that goal here - America is the last Westernized nation that arrests a LOT of people for nothing more than offering to have sex for money. Not pimps, not traffickers, the actual sex workers themselves. Most of them are women, most of them are poor, and a lot of them are people of color. Some of them go to prison for it, and all of them are seriously harmed by the experience of being harassed by police and arrested. Laws against sex work are unjust and unfair, and we want that to change.

There is more to sex worker’s rights than simply not being arrested. But in the US, that’s the biggest hurdle to overcome. What American sex workers specifically want is: Decriminalization. That means that all laws making the offering/purchasing of sex for money a criminal offense are abolished. An example of decriminalized sex work would be the systems used in New Zealand and parts of Australia, where sex workers can work independently or in a brothel, under reasonable business regulations.

Decriminalization is different from Legalization. An example of legalized sex work would be the counties in the state of Nevada where there are a few licensed brothels. The state imposes very strict regulations, not comparable to any other industry, on the daily lives and personal behavior of women who work in the brothels. Women have little control over their surroundings, when they work, and how they meet with clients. They must pay a large part of their earnings, including tips, to the brothel, and they may not work anywhere except the brothel. They must live in the brothel full-time – they cannot work a shift and then go home. If they are not in the brothel, they are not permitted to be anywhere in the county, and are subject to arrest if they are. Sex worker activists do not favor legalization.

I have been a sex worker for over fifteen years. I am an activist for the rights of sex workers. As part of that, I would like to see a world where no one is forced to do sex work. That does happen sometimes, and it's bad. But forced sex work is not the huge and scary problem some people would like you think it is. It is not okay that it happens at all, but it simply does not happen NEARLY as often as anti-sex workers say it does. The pivotal fact: When lawmakers and anti-sex work activists say “sex trafficking” they mean ANY exchange of sex for money, even if it is between two adults and completely voluntary. Let me say that again, because I think it bears repeating. To an anti-trafficking activist, an adult person, fully in possession of her rational faculties and completely independent of anyone else’s influence, who chooses to exchange a sexual act for money equals: a sex trafficking victim.

I think this is deeply insulting to people who really are victimized. I think one should only use the work trafficked to mean a person who is truly being forced or coerced, or controlled by another person in a way that's harmful or exploitative. I also think it's unjust to invalidate the agency of an adult person. I own my body, and if I, as a consenting adult, choose to have sex with another consenting adult, the state should not have the right to say, "No, we don't approve of your reason for having sex, so we are declaring your act to be a crime and arresting you both." It does not matter if I decided to have sex because someone bought me dinner, or because they offered me a diamond ring, or if they offered me a hundred dollars. Further, no one should declare that I am a "victim" of anything without my consent. It is for the person who has had the experience to identify whether she/he was a victim of something or not. It’s wrong to impose a label on someone they did not choose for themselves.

Since about 2008, the state rhetoric about any act of sex for money has changed, and the state now defines all of it as "trafficking". That's happened for a variety of reasons, most of them to with the allocation of grant money and the erosion of civil liberties. There is a War On Sex Workers, much like there has been a War On Drugs. There is a system of restrictive ideas about what kind of behavior is socially acceptable, which have been woven into government policy and law, and there are a lot of people whose jobs and money and sense of power are all dependent on keeping that system in place. If there is no social panic about shadowy international crime rings and millions of women and children being abused in sensational ways, those people will lose power. That's why when you read scary headlines about “X Bazillion People Are Being Sex Trafficked", it does not necessarily mean the person is underage, or has been taken from one place to another, or is an undocumented immigrant, or is being forced or coerced into doing sex work against his/her wishes. (It also doesn't mean that anyone can actually see/find those supposed victims, since they are often pure invention.)

People can be abused in systems of sex work - just as they can be abused in non-sex work forms of labor, and in all other social systems. But criminalization and stigmatization of all sex work is not the right answer. People are abused in the social institution of marriage, too. But we do not outlaw marriage and arrest anyone who says, "I do." People are raped, but we do not respond to that fact by outlawing all consensual sex. On a moral level, we do not want anyone to be harmed. But when it comes to allocating public resources to combat that, the current system does not work.  Some of the systems that are ostensibly used to "help" people are not what those people themselves want, and may actually cause even more harm. It is not useful to treat a very wide spectrum of people around the world as if they were all the same one-dimensional “victim”, and neither is it wise to try to condense this multifaceted issue into a few bits of bumper-sticker wisdom.

To that end, this is the reading that I recommend to get a fuller understanding of the challenges of helping those who need help, without criminalizing, stigmatizing and generally imposing a very binary victim/criminal worldview onto a large and diverse set of people.

And this, also by Melissa Gira Grant: "What the New York Times (and France) Got Wrong About Prostitution" http://www.slate.com/articles/double_x/doublex/2013/12/sex_work_laws_the_new_york_times_praises_france_s_new_legislation_and_gets.html

If you just read those three pieces, you’ll have some idea of where we are coming from and what we are fighting against. I can recommend LOTS of further reading if you want it, from big-picture pieces to really granular stuff. There is a lot of good work happening, and good things being said. Ask me for any sort of information about sex worker rights, and I’ll happily direct you to it.

But the best way I can sum it all up is: listen to the sex workers themselves. Not the state, not rescue organizations – the people who do sex work and who suffer under unjust laws. We have voices and we know what we want. We say “Nothing ABOUT us WITHOUT us”, and that’s what we are fighting for.