The Sun-Times decided to revive Chicagopedia, an occasional definition of words and phrases of particular interest to Chicagoans. I kicked in four for the debut (click on the link to read my take on "Chicagoland"), including the one below, and plan to write a new one every week. I hope they're half as fun to read as they are to write.

Editor's note: the paper's link is down, and the entries aren't on Nexis, so we'll have to settle for this one. Apologies. 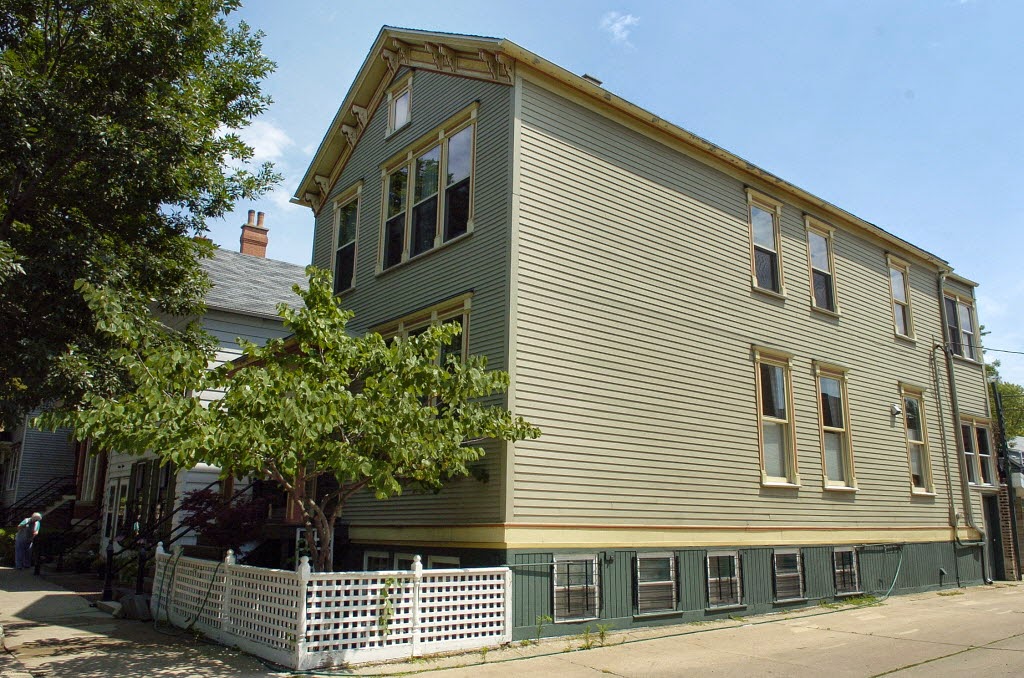 balloon frame: (BAH-loon frehm) adj.
A technique of constructing buildings using a light lattice of sawed timbers, typically two-by-fours, as opposed to heavier posts and beams found in European mortise and tenon construction. Pioneered in Chicago in the early 1830s by carpenter Augustine Deodat Taylor. Detractors coined the “balloon” name in derision, suggesting light construction would make them blow away in the first strong wind. And they were so easy to take apart, they were nearly portable: an early balloon frame building, the city’s first Catholic church (St. Mary’s Church), at State and Lake, was taken down and relocated three times in 10 years to follow its shifting congregation. The technique allowed homes to be built far faster and cheaper than before, permitting the rapid growth of the city, and they spread quickly, not only across the city, but also the world. Today, three-quarters of the homes built in the United States are made of balloon frame construction, and the method is one of Chicago’s greatest contributions to modern life, though few realize it. – Neil Steinberg