Baseball is a story we tell ourselves 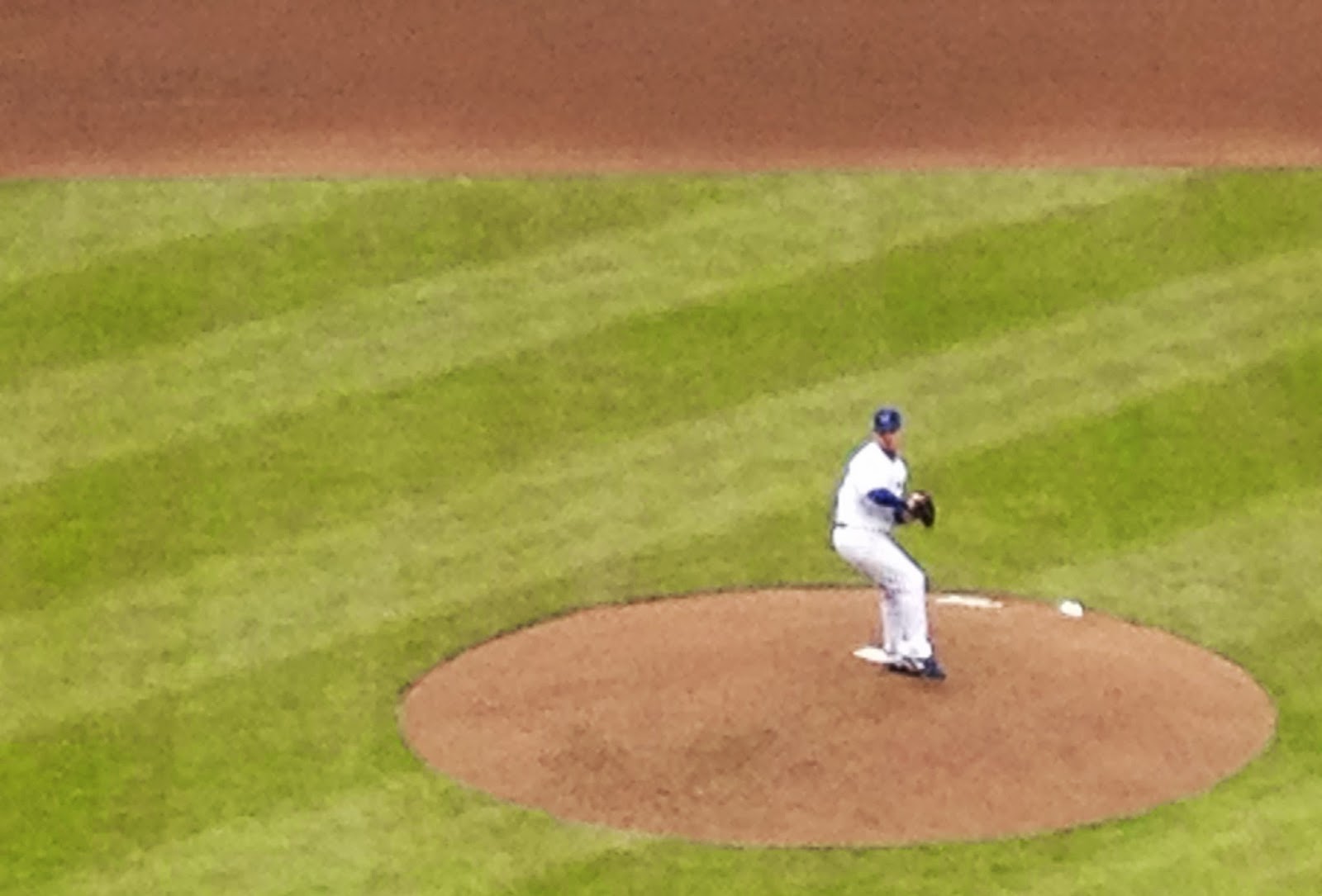 The Cubs home opener was extra melancholy this year. The weather Friday was about 40 degrees, with a brisk wind blowing in from the north, swirling garbage onto the field. The ivy was brown, the ballpark muted under a gray, lowering sky, something straight out of a Thomas Hardy novel. The team, almost needless to say, was lousy, and lost to the Phillies 7-2. Even Wrigley Field, normally so cheery, so special, almost holy, had a dismal quality, its bright new 100 anniversary logos like scarlet make-up slapped upon the cheeks of a dying relative. I couldn't help but squint and wonder what fresh atrocities the Cubs' owners, the Ricketts family, who are starting to seem ever more soul-deficient, will soon be visiting upon the place. It made me remember this tale—actually an assignment, a dozen years ago, when the Sun-Times editor asked me to write something about the netting the Cubs Tribune owners erected in the outfield in 2002 to block the view of the rooftops across the street: This is what I came up with:

That vacant lot? That charred corner of land? You mean you don't know? I thought everybody knew. Course, how long have you been in Chicago? Just since 2019? I guess you wouldn't know the story then.
Scary place, eh? Nothing'll grow. Nobody can build anythin'. People walk faster, or cross the street. I've seen a grown man stop and cry. It's a sad tale, that's for sure. Let me tell you.
That scorched bit of blasted land used to be famous, used to be a ballfield. Wrigley Field, they called it. Oldest park in baseball. Oh, it was a beautiful place. Bricks. Ivy on the outfield wall. And the team, the Cubs. People loved 'em, loved 'em. Win or lose, didn't matter. Fans would pack the park. Just to enjoy the game. It was a pleasure just to sit in the stands, nice spring day, suck back a beer, watch the outfielders spit and the elevated train rumble by.
Things changed, sure. Back in '88--that must have been before you were born--they put in lights. Last ballfield to have 'em. Lot of the neighbors complained but, frankly, Wrigley was even more popular after the lights. You should have been here on a warm night in springtime. It was like Mardi Gras. Win or lose. People were happy. The team sometimes did well--well enough to break your heart, anyway. Some years they'd start strong and fold, other years they'd start weak and take off at the end when it was too late. Either way, it was always interesting. Until '02, of course.
I'm getting there, I'm getting there. See, baseball was never the game of hits and outs that the players thought it was, or the game of dollars and deals the owners thought. There was an otherworldly sweetness to it, a soul, a karma, and woe to anyone who crossed the Great Baseball Spirit. Baseball was the only sport that had the concept of the Goat--a player who did something so bad, so clumsy, it forever cursed him. A bobbled pop fly could haunt a player to his dying day.
Players got cursed. Teams, too. Did you know that the Murmansk White Sox once played on the South Side? That was before Americans completely lost interest in baseball and the teams were scattered around the world. It's true. Sox fans, what fans there were at the end, attributed it to the team refusing to let veteran Minnie Minoso have an at-bat in the 1990s. He had batted in every decade for half a century--beloved guy, just wanted one swing. And the team--a buncha crybabies if ever there were--was heading for the playoffs, and got puffed up, jealous of the spotlight on good old Minnie, and said no. Lost the playoffs--some people said they lost their souls. Anyway, never were the same, and then, pow, off to the Arctic Circle, to grab at inside-the-park home runs with numb, blue fingers, playing in eternal midnight on the permafrost.
OK, I'm getting there. Wrigley Field. Lights didn't hurt it. A big coral reef of garish sports bars didn't hurt it--they were all in the proper spirit of the game, the spirit of fun. But in '02, the joyless corporate entity that owned the team strayed over the line. It put up a screen, a scary dark green net, over the chain link fence behind the bleachers over on Waveland and Sheffield--you can still see the faint outlines of the streets over there in the parched earth.
Why'd they do it? Spite. Meanness. A couple hundred fans liked to gather on the rooftops across the street and enjoy the games. They'd spend a dollar that didn't end up in the Cubs' pockets. T'wasn't anything harmful about it. But it drove the team owners crazy--crazy with greed. They put up the dark screen to block the view. To hurt their fans.
Things went downhill, fast, after that. Strange injuries to star players. Small things at first. Guys got hurt. A relief pitcher broke his foot during practice for no reason at all. Then players were afflicted by all sorts of odd ailments--boils, huge bleeding warts. One was struck by lightning, and his hair turned completely white. Sammy Sosa tripped over a base and shattered like a glass vase.
Sure, the Cubs tried to make things right. They brought in exorcists, Native American shamans. They even--people say--sacrificed a goat on a stone altar. They looked at everything but the real problem, which even people at the time saw. I remember a feng shui expert, Patty Par, took one look at the dark screen and said: "Oh my God. It is not good. You are taking out the chi energy. The net is like a trap, trapping in bad feelings. People are trapped."
Par saw only one solution. "I would suggest take it out."
Did they listen? No. The people who owned the Cubs, well, if nothing else, they stand by their mistakes. They kept the netting--the trap--while the team went, first 2 and 6, then 2 and 60, and finally finished the season at 2 and 156, with four games unplayed due to the hail of burning frogs that started to fall, just on this corner, at season's end.
Ah well. That's the story. They never did play baseball here again. The Cubs, what was left of them, moved to Brazzaville, where they are the perpetual cellar-dwellers of the Sub-Saharan League. Wrigley Field stood vacant for a few years, forlorn and sad, but was eventually sucked down into the sulfurous hellmouth that opened up underneath it in '09. The only thing left standing was the left field wall, with that dark green netting flapping in the chain link fence. People couldn't bear to look at it.
Here, here's a handkerchief. I told you it was a sad tale. People just don't know a good thing until they go and ruin it.


(Oh, and if you're looking for the Saturday contest, I thought I'd take a week off, and try to cook up something a little more challenging).