Botticelli, ripped from the headlines 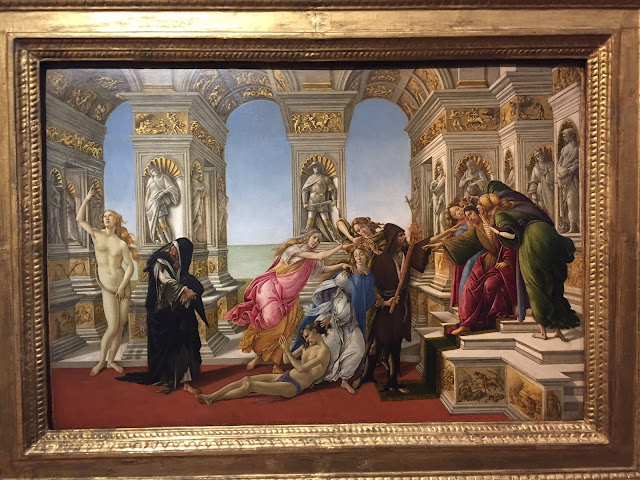 Some things are obvious. 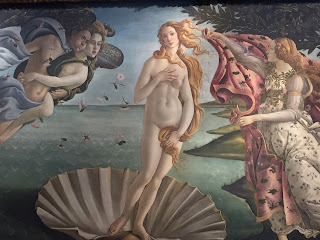 Not the painting "The Calumny of Apelles" by Botticelli. That isn't obvious. Almost subtle, actually, hung as it is immediately to the left of the enormously big and enormously famed "Birth of Venus" at the Uffizi Gallery in Florence. Such a magestic masterpiece sucks up all the attention. So the relatively modest, relatively unknown 1495 artwork hardly gets a second glance from most visitors, who don't get close enough to even be tempted read the explanatory text on a card next to it.
But I did. Because I gave it a long look. Since it is an enigmatic painting. And I wanted an explanation. Which I got. This is what it says:


On the right King Midas, poorly counselled by Suspicion and Ignorance, prepared to judge the victim of Slander, who is dragged by the hair by Calumny and accompanied by Fraud, Deception and Spite. Repentance looks at the naked Truth, who raises her eyes to heaven.

I don't have to say another word, do I? Some things are obvious. 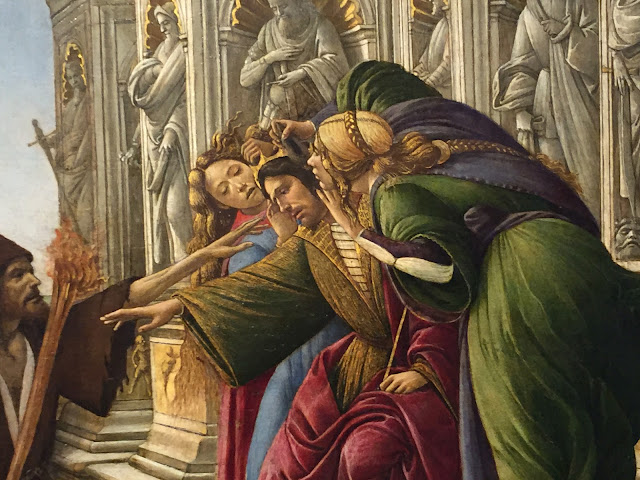