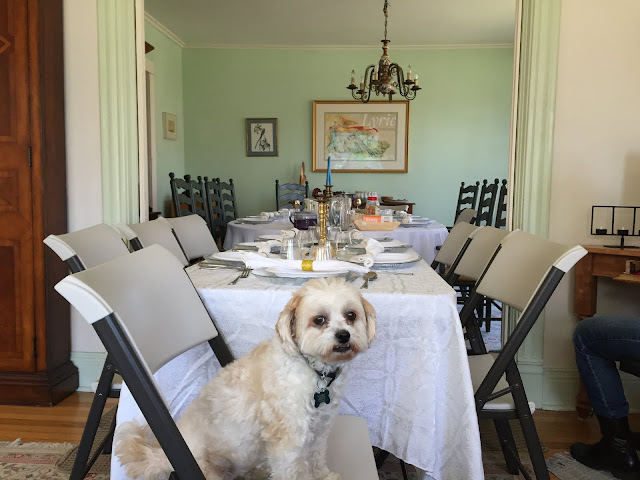 I'm taking a few weeks off. But no worries, I won't leave you high and dry. Since Passover began Monday night, this is something from the eve of Passover, 2010.  Back then my column ran a whole page and had subheads, and I've left those in. 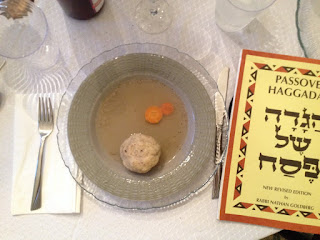 OPENING SHOT
Passover begins tonight (at exactly 7:13 p.m., for you fans of precision, though of course there's debate over this). Easter follows this Sunday (without any argument about its minute of arrival; with such efficiency is the world won).
There are similarities to the holidays -- both involve eggs, for instance. There is a sense of rebirth, of springtime liberation to both, with Passover conveying this through the exodus from Egypt, while Easter pivots on the resurrection of Jesus.
It feels almost naughty to point out similarities. That's because to see your religion reflected in another risks undercutting its unique validity. What are you saying? That all of this is the same? That one is as good as another? 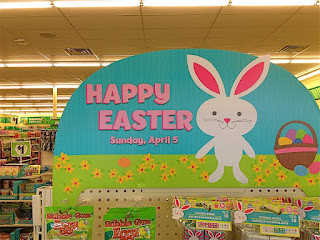 Of course not. Oh no. Yours of course is the one, true way, while the rest of mankind are deluded sinners pointlessly grinding out their empty, meaningless lives until their inevitable rendezvous with The Pit.
All religions have this same piece of code written into their programs somewhere: "Won't it be great when every single person believes exactly like we do? God will love that, and lots of good stuff will happen."
I prefer to view the various faiths like art students in a life drawing class. Each religion gazes at the model, whatever Ineffable Secret Something sits at the heart of life (or Elusive Neutral Nothing, if you prefer), and crafts its own representation, using matzo balls and chocolate eggs, stars and crosses.
Not a popular view, and certain to irk those convinced that the whole point of faith is to grant themselves license to pour contempt upon their inferiors. A viable approach when the world began and ended at your village. But it's a much bigger world now, and we can all play nicely together. Or not.

A TORAH FINDS A HOME

For all its adjustments to modernity -- off with beards, away with dietary laws -- Judaism is surprisingly resistant to Gutenberg's invention, movable type.
Maybe because Gutenberg was printing Bibles. But while conservative churches have no difficulty using printed texts, even the most liberal, offbeat, incense-and-drums Jewish congregation still wants a hand-printed Torah -- which can be a problem, because the scrolls take a year to make, are rare and expensive, and there's always someone trying to burn them along with the people reading them.
Why the scribes and turkey quills? The thinking seems to be: "It's the word of God -- let's make a big deal setting it down."
The result is without question beautiful. Whenever friends mention my son's bar mitzvah, they inevitably cite one particular moment. (No, not when the jumbo Hummer conveying the bar mitzvah boy burst through a wall of dry ice fog to the pounding opening of Queen's "We Will Rock You!" -- actually, we didn't do any of that North Shore potlatch excess, through a happy union of having neither the inclination nor the money.)
The moment that everyone remarks upon was when our rabbi, Eitan Weiner-Kaplow, invited my son's friends to come up and watch him read from the Torah. They whooshed over -- a dozen teenage guys -- and formed a semi-circle around him.
You don't see a real Torah every day, not up close. They're big, over 2 feet tall, each of the 304,805 letters drawn with great care. Torahs are not the sort of thing that strangers show up and give to you, but that's happened a few weeks back to my synagogue, Shir Hadash.
Deborah Simon, a lady from Kansas City, arrived at the temple office on Dundee Road carrying a bundle wrapped in white plastic and bubble wrap and laid it on a table.
Rabbi Weiner-Kaplow opened the bundle.
"This is a beauty, folks," he said. "This is exquisite -- beautiful calligraphy that isn't seen much anymore."
The bundle came from Kansas City, where Simon had tried to start a reconstructionist congregation (reconstructionism is a newer branch of Judaism that tries to buff the faith, shedding its more sexist elements and adding actual music).
Not that the Torah was penned in Kansas. It was created in Romania, before the war. Jews fleeing the Nazis gave it to gentiles in Klowz, who hid it inside a hollow wall, awaiting their return.
"But they never returned," said Simon.
The Torah found its way to Israel, and then to Kansas, and then to Shir Hadash, where Simon had attended a bar mitzvah.
"Everyone was so warm, so welcoming," she said. "There was so much joy." When her congregation fizzled, she didn't want its Torah to end up in a closet; she wanted people to read it.
With Passover upon us, Weiner-Kaplow turned to the portion dealing with the Exodus, where the letters themselves are stylized into a compressed checkerboard-- "some say to represent waves, some say to building blocks," he said. "That's the way the Song of the Sea is always written."
He read a bit of the Hebrew, and translated:
"And the children of Israel walked on the dry land in the midst of the waters."
That is one of the more subtler joys of being Jewish, one that I don't believe is familiar to non-Jews -- heck, I'm sure many Jews live their whole lives unaware of it, a certain walking-through-the-sea-yet-still-dry element.
Let's face it; we're not exactly on the winning team, compared to the big boys of faith. Yet with tyrants from Nebuchadnezzar to Ahmadinejad hot for our blood, we're still here, for another Passover, reclining on pillows and eating macaroons, undrowned. It's a miracle, which, unlike Biblical miracles, we can be certain, actually occurred because it is occurring now, in our own day.
—Originally published in the Sun-Times, March 29, 2010
Posted by Neil Steinberg at 12:00 AM