288 consecutive nights in bars—Harry Caray in 1972

This fell into my lap late last week, and while plenty of media attention shines on Harry Caray's restaurants as it is, I couldn't resist flipping through Harry's expense diary. 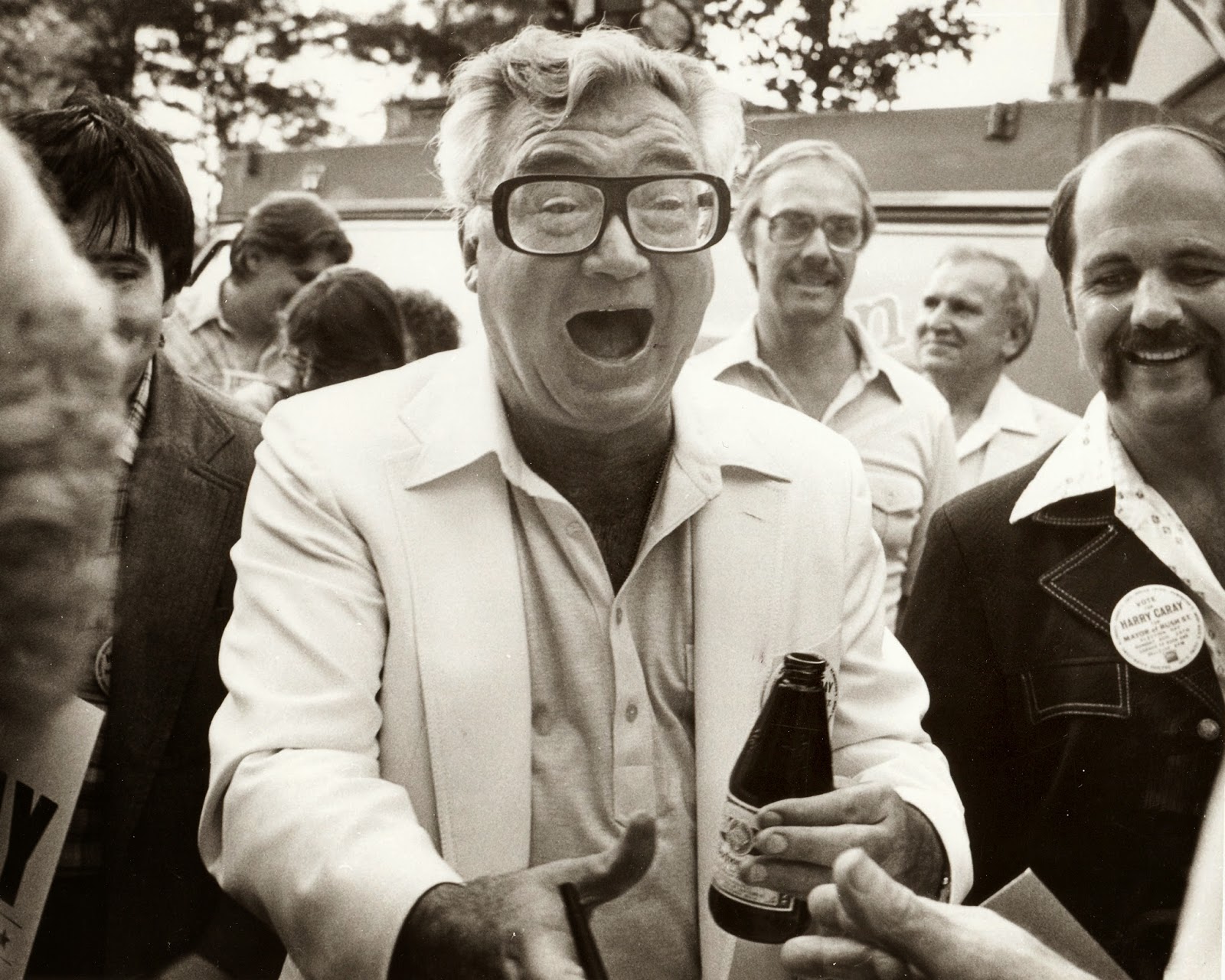 It isn’t the “Vampire Diaries” or “Diary of a Wimpy Kid.” It sure isn’t the diary of Anne Frank.
But it is a diary, of sorts. An 8-by-5-inch, dark green, 1972 “Day Book” owned, once upon a time, by famed baseball broadcaster Harry Caray.
Grant DePorter, CEO of the Harry Caray’s chain of eateries, inherited the diary, one of eight, all from the ’70s and early ’80s, in four boxes of memorabilia, World Series tickets and cashed checks, that the executor of Caray’s estate found when he cleaned out his office.
Knowing my interest in all things historical, DePorter asked if I wanted to take a peek at one, and I swung by Harry’s and walked away with 1972.
I should say right away that this is not a Dear Kitty, pour-out-your-heart, frank-assessment-of-my-friends kind of diary. Old Harry was not big on introspection, as he was the first to admit.
“I’m a convivial sort of guy. I like to drink and dance,” he told an interviewer once.
For those just joining us, Caray had been the Cardinals’ color broadcaster for many years in St. Louis. Driven out of town in 1969, he migrated to Chicago, via a misfire year in Oakland, to announce first for the hapless White Sox, finishing his career in a golden twilight glow with the Cubs.
In 1972, he had just begun his tenure with the Sox. A savvy businessman, Caray cut a deal pegged to ballpark attendance, which doubled, largely thanks to his flamboyant presence. It would make him very wealthy, though in 1972 he was still tallying each bar tab.
“Remember, you used to be able to deduct a three-martini lunch,” DePorter said.
Saturday, Jan. 1, lists four bars: the Back Room, still on Rush Street, plus three long-ago joints: 20 E. Delaware, Sully’s and Peppy’s, with expenses for each $10.30, $9.97, $10, and $8.95. This in a year when a six-pack of Old Style set you back $1.29.
You needed to cite who you entertained to get the write-off, so on New Year’s Day he lists Dave Condon, the Tribune sports columnist; Billy Sullivan, who owned Sully’s; and Joe Pepitone, the former Yankees first baseman who had been traded to the Cubs.
And so it begins. A chain of old-time Chicago bars — Riccardo’s, Boul Mich, Mr. Kelly’s. A posse of early 1970s sports figures — Wilt Chamberlain, Don Drysdale, Gale Sayers. Plus a few unexpected blasts from the past: boxer Jack Dempsey, comedian Jack Benny.
"These guys did nothing but go out and have a few cocktails," said Jimmy Rittenberg, who owned Faces, which Caray visited 14 times in 1972. "I don't know how they did it. They were 20, 30 years older than me and I couldn't keep up with them."
Jan. 16 something unusual happens. Caray is in Miami, yet there are no expenses, just one enigmatic word, "Super."
After that break, if indeed it was, comes 288 consecutive days in bars, not only in Chicago, but New York City, and of course on the road with the Sox, beginning with spring training in Sarasota.
The unbroken streak pauses Nov. 3, when all we get is "to K City @310." The only completely blank day is Monday, Nov. 6 - what must THAT have been like? Then off to the races again.
Clay Felker, founder of New York magazine. Caray's former boss, A's owner Charlie Finley. A few surprises: Sox owner John Allyn. Several times. That surprised me, though it shouldn't have. All I knew about their relationship was that Allyn fired Caray, and Caray replied with this timeless retort:
"I can't believe any man can own a ballclub and be as dumb as John Allyn. Did he make enough to own it, or did he inherit it? He's a stupid man. This game is much too complicated for a man like John Allyn."
But that was 1975, the epic year when White Sox players complained they did so poorly because of Caray's critical broadcast booth assessments, drawing my favorite Caray line: "Hey, you can't ballyhoo a funeral."
So what was it like to stand in the Pump Room (16 visits in 1972) and hoist a few with Caray?
"I was out with Harry Caray a couple of times," the Tribune's Rick Kogan said. "It was always at the Pump Room. He was one of the most charming people in the world."
How so?
"Drunk but joyful," Kogan said. "It always would up being a joyful, laughter-filled time."
Caray was always surrounded by friends like TV sportscaster Tim Weigel.
"He really liked Tim Weigel," Kogan said. "I was an audience, at best, with those two characters around. They had incredible mutual affection. There was no better place to share that mutual affection than over way too many cocktails."
I assumed that White Sox broadcasters today do not hang out in bars every night fraternizing with ballplayers and other assorted celebrities. But, not liking to assume things, I phoned the Sox and asked whether current announcers Steve Stone, who shared a mike with Caray, or Ken Harrelson, burned the midnight oil.
They declined to comment.
That kinda says it all, huh?
Toward the end of the diary, on Dec. 24, comes the kicker. After spending at least 354 of the previous 357 days in bars (DePorter counted 61 different tap houses) Caray writes, in a bold hand, "Vacation in Acapulco. Then "Vacation" every day until the year runs out.
Which makes me wonder how he knew he was on vacation. I guess if nobody was playing baseball in front of him and when he looked over the rim of his drink he saw Mexico, then he knew he was on vacation.
But give Caray credit. As old-fashioned, and perhaps even pathological, as the bar-crawling seems today, there is another truth worth mentioning: Harry Caray could have taken his drinks at home. He went out because it was his job.
"He felt the bartender and bar people were his fans," Rittenberg said. "He felt he was responsible He would stop in 10 joints. He was just a gregarious guy."