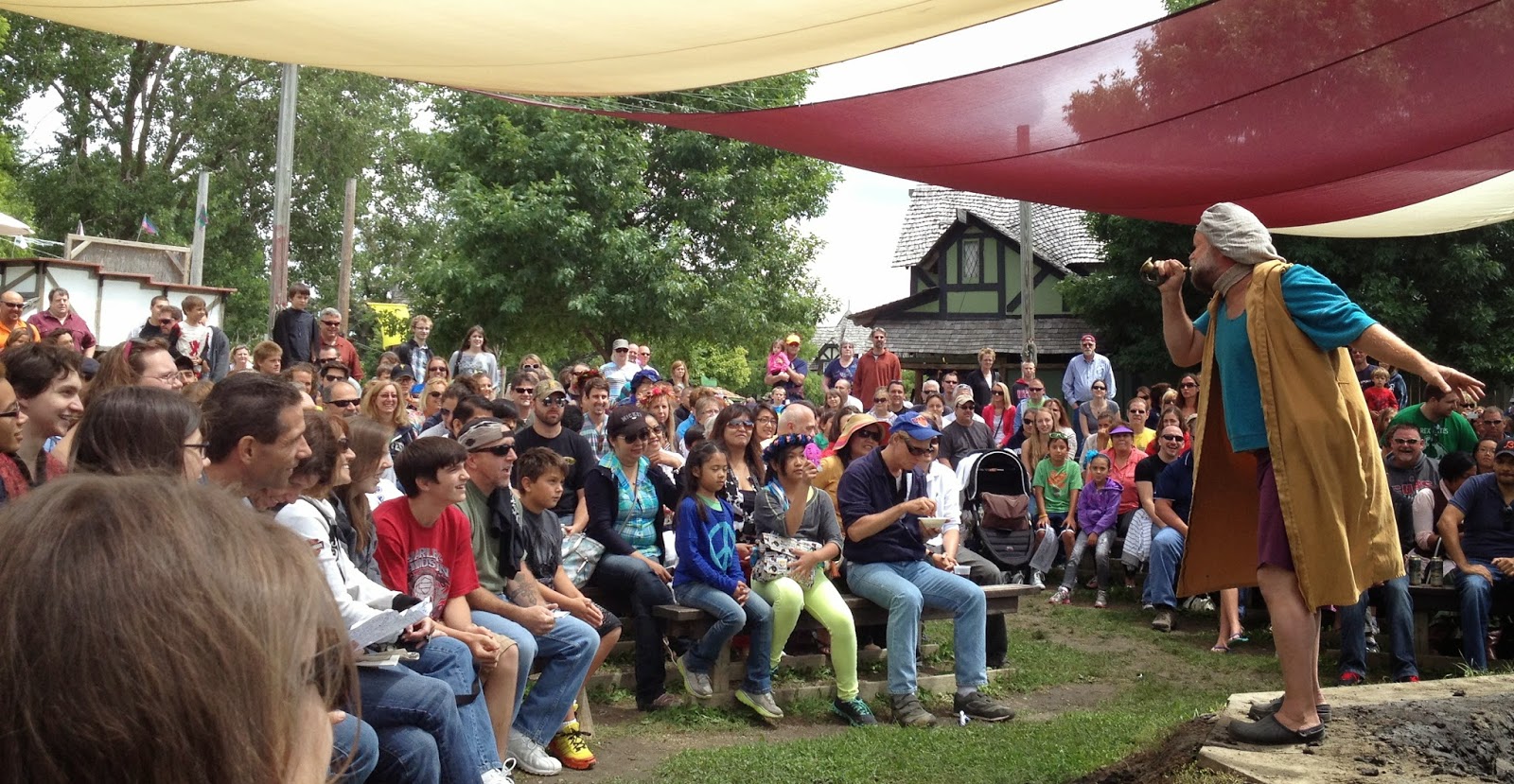 I sang the song all the way through once, beginning to end, down to that very last bottle of beer on the wall. I was 17, working in the kitchen of the Bob Evans restaurant in Berea, Ohio. My job was to bake biscuits, batch after batch, hour after hour, and, well, in that era before iPods, heck, before Walkmen, one sometimes sang to oneself.

Or at least I did.

Eventually I hit upon this old, endless camp song, and went the distance.

Which came to mind when I thought about today, June 30, being end of the first year of this blog, Every goddamn day.

I can see why. Both are exercises in persistence.  You have to keep singing, keep writing, to tell yourself it's somehow meaningful, or at least worth doing. I did indeed go the distance, every goddamn day, bare none. So ka-ching, the digit turns tomorrow, Year One in the bag...

The odd thing is, it wasn't hard. Unlike many writers, I actually like to write, the physical sitting in a chair, mashing words together and molding the thing into something half decent. It's fun—I probably shouldn't use that word. How good could something be if you have fun doing it? People who are having fun, well, you wonder how much gravitas they really possess. Which is fine. I'm not going for gravitas.

What am I going for? Something interesting. Or amusing. Or both. To have a little thoughtful piece of something, along with a picture, for you to read and see, every day. And it's working, as far as I can tell. Readership grows, slowly. Some 40,000 hits a month now—more than 42,000 in June, the best yet—which is about 30 percent more than the first few months when this began.

Not a lot of complaints, which is gratifying, in this gotterdammerung of griping that is the Internet. I've tried to be my own critic, asking myself whether writing it every day, every goddamned day has made me watered-down, facile, repetitive, trivial. And I don't think so. At least no more than when I'm on top of my game. I never cringe when I go back and read something I've posted previously. I hope that isn't an alarming complacency. Satisfaction sounds very close to self-satisfaction, to smugness. But the thing feels about as good as I can make it.

The most surprisingly thing is that I was never stuck. Posts were like picking raspberries—you might have to dig into the leaves a bit, at times, but there's a lot of juicy stuff there, if you look for it. About a third came from things I was writing for the newspaper, which didn't mind my posting them here, so long as I link to the paper's site and don't just swipe my own work.

How did the blog do? We are all about metrics—probably the worst thing about the Internet age; we care so much about being popular that we don't think about being good. But looking at the stats, this year the blog has had ... checking ...385,676 hits; 1,056 visits day, on average. I usually write one post a day, but sometimes events demand a second, for a total of 420 posts. The most successful, Welcome to the Steinberg Bakery, a comment on businesses that feel their religious freedom is being impinged having to serve gay customers, drew nearly 10,000 hits. The pieces often have staying power. Its follow-up, Welcome back to the Steinberg Bakery, was posted at the end of March, but got 2,000 hits on Monday alone, thanks to the Supreme Court's Hobby Lobby decision (and a much-appreciated retweet from Dan Savage).

In late December, I posted a six month assessment. Then we were averaging 914 hits a day, and I was hoping that by now they'd have more than doubled, to 2,000. What I got was an extra 142. Not the success I was hoping for, but it will have to do. A little more than a thousand people a day.

So small ball, in the wide sweep of the Internet. Nothing went viral, no six figure days. I am happy to nail my thousand hits by lunch, feel extra satisfied if it gets to 1,500, and thrilled at 2,000 and beyond. My victories were humble ones. Alex Ross, the New Yorker's music critic, weighed in on a piece I wrote about opera. David Axelrod retweeted something I wrote. Dan Savage was a frequent supporter. Gene Weingarten at the Washington Post. Eric Zorn at the Tribune was supportive, and Nancy Nall Derringer, and other bloggers I respect. I like days when the blog sends out a ripple. Some days it doesn't. Some days it feels like singing in the shower, but those days happen in the paper too, and being a professional means soldiering through those days and waiting, crouched in your foxhole, for the illusion of relevance to return.

I did make a little money from it—Eli's Cheesecake ran paid ads in November and December, and BasketWorks traded a cache of black Moleskine notebooks for ad. Not much, but I used part of the cheesecake money to commission a poster from Hatch Show Print in Nashville, and I got a kick out that, selling a few dozen, and giving the others away to publicize the blog in a fashion I found satisfyingly retro. Some places have had them up for six months. I plan to print up a new one for 2015. The poster made me happy. Heck, the tubes I sent the poster out in made me happy. They're solid tubes.

My wife has encouraged me to stop at some point—hang up the "Gone Fishin'" sign in August and pick the thing up in September. But then it wouldn't be every goddamn day, would it?  I think it's okay to haul something good out of the archives, when relevant, and so long as I don't do it too much. I'm going to replay my home repair series in August, since it'll be new to most readers, and I will appreciate the breather. That said, I believe showing up every day, getting in the traces and pulling the plow. On days when I hit the wrong button ("Save" instead of "Publish") and the new post doesn't go up at midnight, someone complains. True, it's only one reader, but I don't want to keep him waiting.

A thousand people seems like a lot to me. If a thousand people showed up at your door every morning, you'd find a way to say something to them. Many a minister labors over a sermon that not 10 people, never mind 100, never mind a thousand, will hear. Kindergarten teachers sweat their lesson plans for two dozen 5-year-olds. So I can't see pitching this so I can have an extra half hour a day to play Candy Crush Saga. If I keep it up, maybe next year we'll be doing that 2,000 a day, on average, then 4,000, then 8,000. There are successful ventures that have had slower starts, though none come to mind. You can't quit your way to the top.

Disappointments? I wish the thing resonated more. The readership seems pretty local to the Chicago area, with a few expats in California. I wish the newspaper would tuck the blog somewhere on its web site. It feels a snub that they don't, but maybe it'll work out for the best, in the long run. If the paper had its imprint on it I couldn't say "fuck" when the occasion calls for it.

What else? The Google Blogger system froze up after I created my template, so I can't change the fonts or the colors. I've tried to figure out what the problem is, but can't, so that's maddening.  Then again, they provide this platform for free, so I suppose I shouldn't complain.

Back in that hot kitchen at Bob Evans, when I finally neared "One bottle of beer on the wall," I had an inspiration. I got done, paused for one second, then called out, "One more time!" and began to sing the damn thing a second time.

So here we go into Year Two. One more time!

Thank you everybody who took the time to read what I had to say this past 365 days. And thank you to everyone who will read in the next year. If it's half as fun to read as it is to write, then you're enjoying yourselves a lot. As my friend Rick Kogan likes to say: onward.