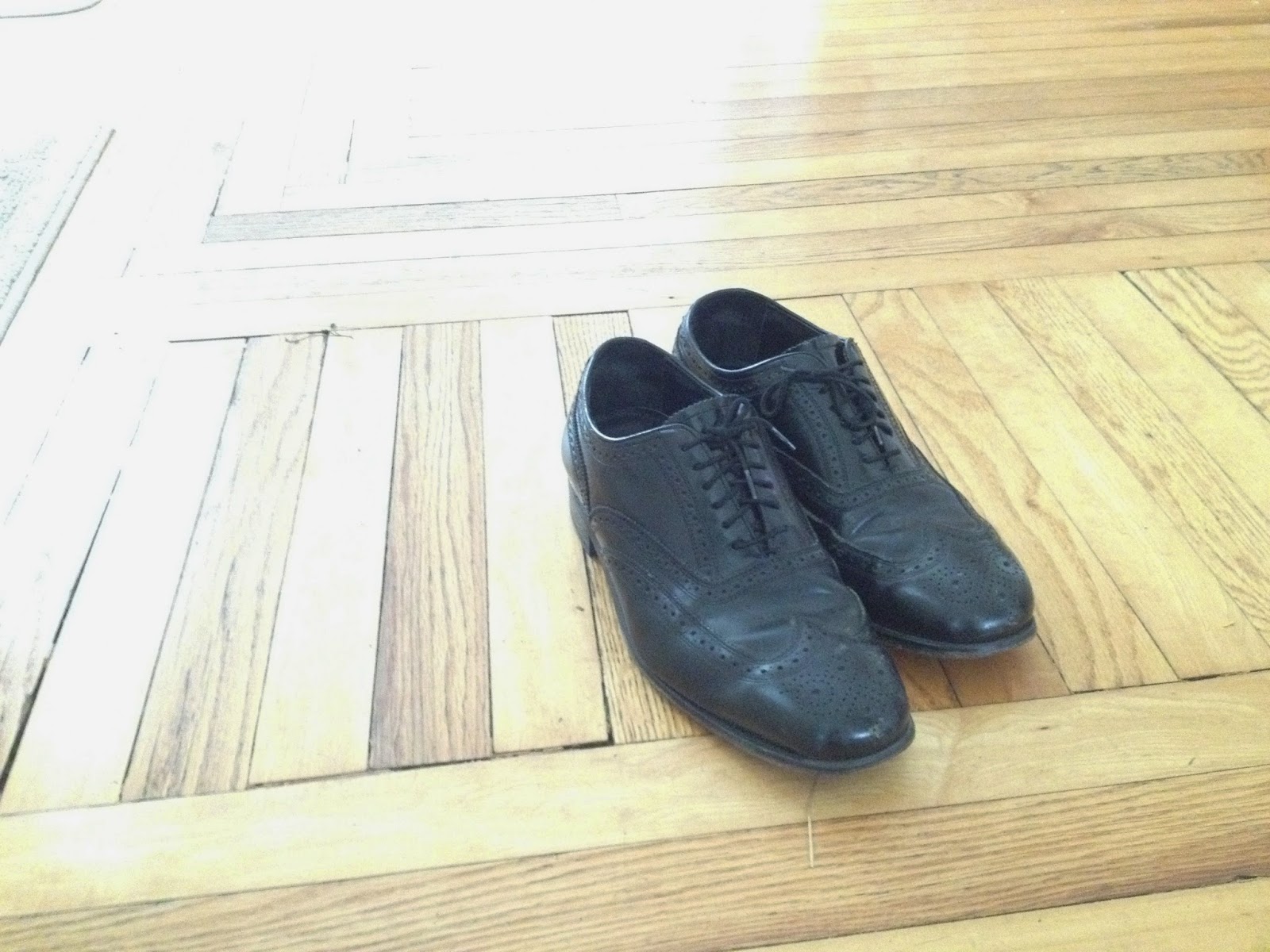 "At least I brought my shoes home."

Spoken with a certain defensiveness, almost a note of pride. Hey, cut me some slack dad, I've got the shoes.
Time: 11:15  p.m. Maybe 11:30. Earlier this week.
Place: our living room in the leafy suburban paradise of Northbrook. At dinnertime, our 18-year-old former high school senior, on the cusp of heading off to college, had announced that he and some pals would be eating their dinner at Prairie Grass, Sarah Stegner and Rohit Nambiar's excellent restaurant.
Some kind of two-for-one burger special had caught their frugal teenage eye. Kids like bargains.
That was 7 p.m. After 11, we started to worry. A long time for dinner. A text went unanswered. Finally we got the word: at his pal Jacob's.
Whew.
So now he's back, sprawled on the coffee table—a sturdy coffee table, he's comfortable there—and a thought strikes him.
"Oh," he says to me. "I left your tie at Jacob's house."
My boy works a summer job in a law office downtown. He owns no ties of his own—well, a brown bar mitzvah tie, but that's it. Rather than go out and equip him with a new tie wardrobe he might never again need—not a lot of call for tie-wearing in California—he just uses mine, which is fine; I hardly wear them anymore myself. So I wasn't distraught by the news one had gone off reservation. Okay, you left my tie at Jacob's. Just bring it back, eventually.
Though a troubling thought did bubble up. I didn't suspect it so much as say it as a kind of minor punishment.
"Was it because I asked you to hang them up this morning?" I asked, half seriously. Yesterday's tie —a red paisley—had ended up a crumpled ball next to the computer in the living room. I had meekly hung it up, but while doing so pointed out that the least he could do is return the things he borrows. I mean, as it is, I have to tie them for him, which is already an indefensible paternal indulgence. He's 18. Not only do I tie the tie, but I then have to slip it around his neck and tighten it, quickly tucking the tie under the back collar; the hardest part, I can tell. There's some tactile discomfort and I try to get it over as fast as possible while he tries not to twist away. To be honest, I kinda like the process. There really isn't anything much else he needs me to do for him anymore; pay the bills and shut up. So the tie business is really the last vestige of physical parenting, of snapping on rompers and pulling on little socks and wiping his nose. A long time coming, as they say, it'll be a long time gone. Maybe he feels that way too, deep down, because every time I suggest he let me teach him how to tie a tie for the love of God, he waves the idea away. Soon but not now.
What's so hard about tying ties? Not to get all back-in-the-day, but I learned how to tie a tie because I was playing Mr. Darling in the Camp Wise production of "Peter Pan," so not only had to tie it properly, at age 15, but tie it properly onstage in front of 200 people, while reciting lines. "This tie, it will not tie, not round my neck. Round the bedpost, yes, 10 times I've tied it around the bedpost...."
Or words to that effect It's been almost 40 years. My dad didn't teach me, he was 100 miles away. I don't remember who did; maybe I figured it out myself.
Anyway, it struck me that, instead of returning it to the tie rack in my bedroom closet as requested, like a decently-raised son would do, he hadn't even returned it to our home. Perhaps even vindictively. The tie was across town, no doubt crumbled in a ball beside Jacob's computer.
I cast him a doleful look.
"At least I brought my shoes home," he said, earnestly, sincerely.  That brightened my mood immediately. I'm not sure where that came from—perhaps from the fact that he carried them. Black Oxford wing tips, no doubt uncomfortable as midnight approached, so kicked them off as he ... what did the boys do again? Oh right, poker and ping pong. I looked at him closely. Sober. Alive. Returned under his own power with no intercession from the police necessary. One should count one's blessings.
"Well, try to get the tie back from Jacob at some point."
Though to be honest, it is a purple tie with yellow bursts on it. I don't know what madness had gripped me to buy it in the first place. I haven't worn it in years, and probably will never wear it again. If he had dumped the tie in the trash and never told me I'd have never missed it. But he doesn't have to know that.
Oh, and he brought the tie home a few days later, leaving it for me to find in a crumpled ball on the coffee table. I wordlessly hung it up. I'm going to miss that. 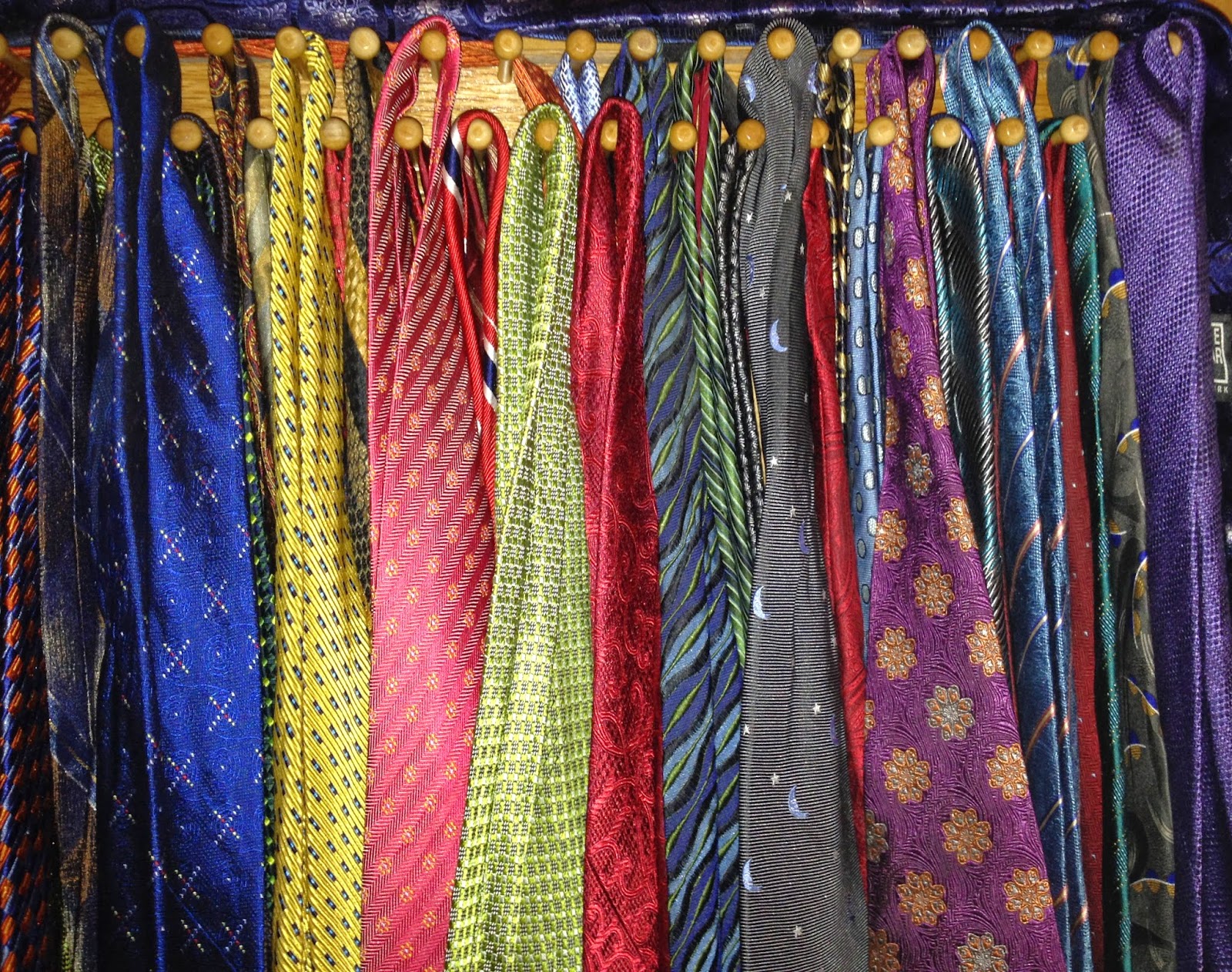