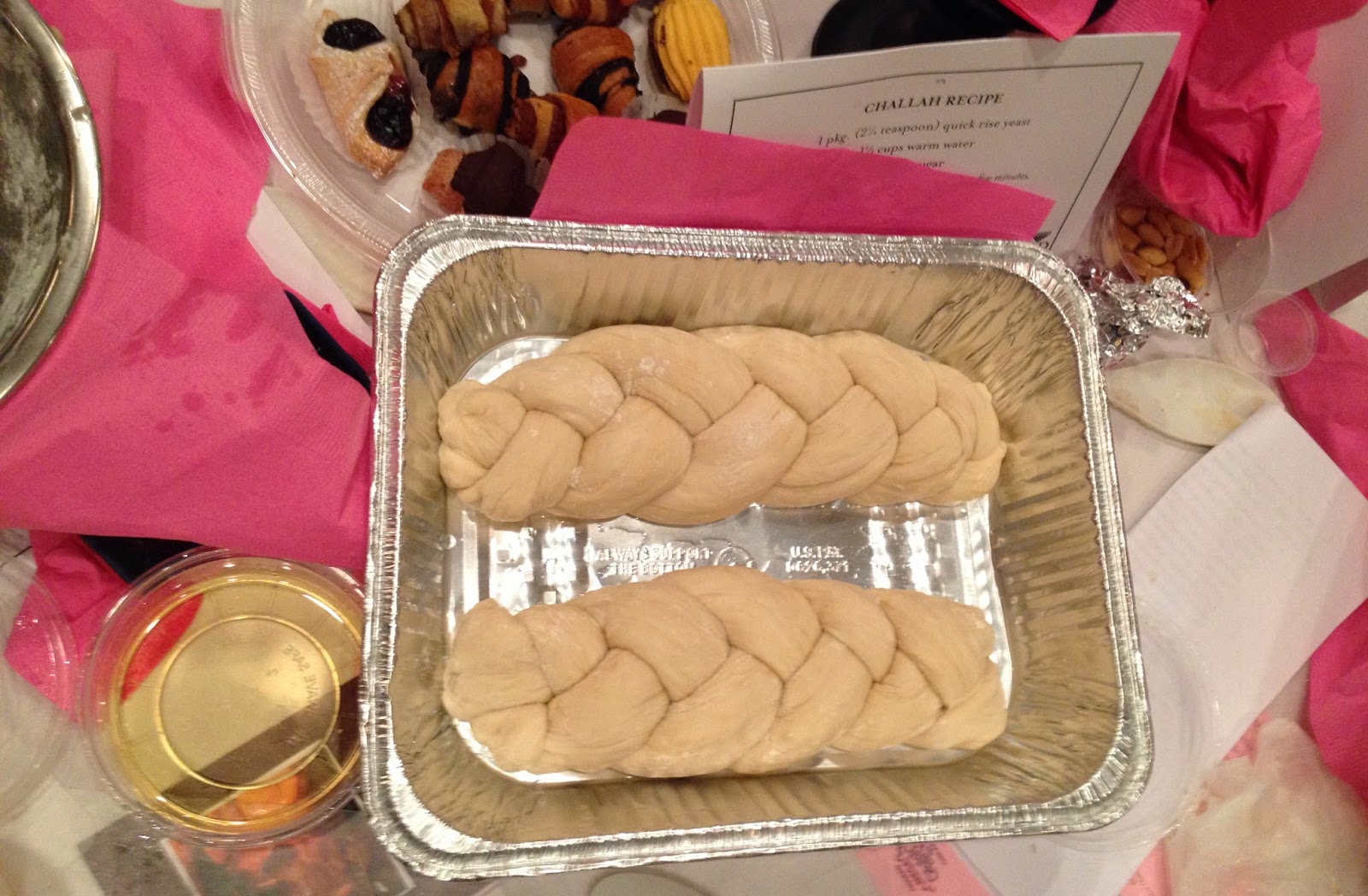 You can’t assume things in this job. I’d like to pretend that of course everybody knows challah is a rich, dense, slightly sweet, often braided egg bread, that it entered American consciousness years ago, along with bagels and gefilte fish and other Jewish foodstuffs. But the truth is, some readers probably have no clue, probably would pronounce the word with a hard “ch,” like “choice” —“CHallah”—instead of the back-of-the-throat scraping H so prevalent in Hebrew, Arabic and other languages where spitting is an essential aspect of communication. So I really must explain challah. 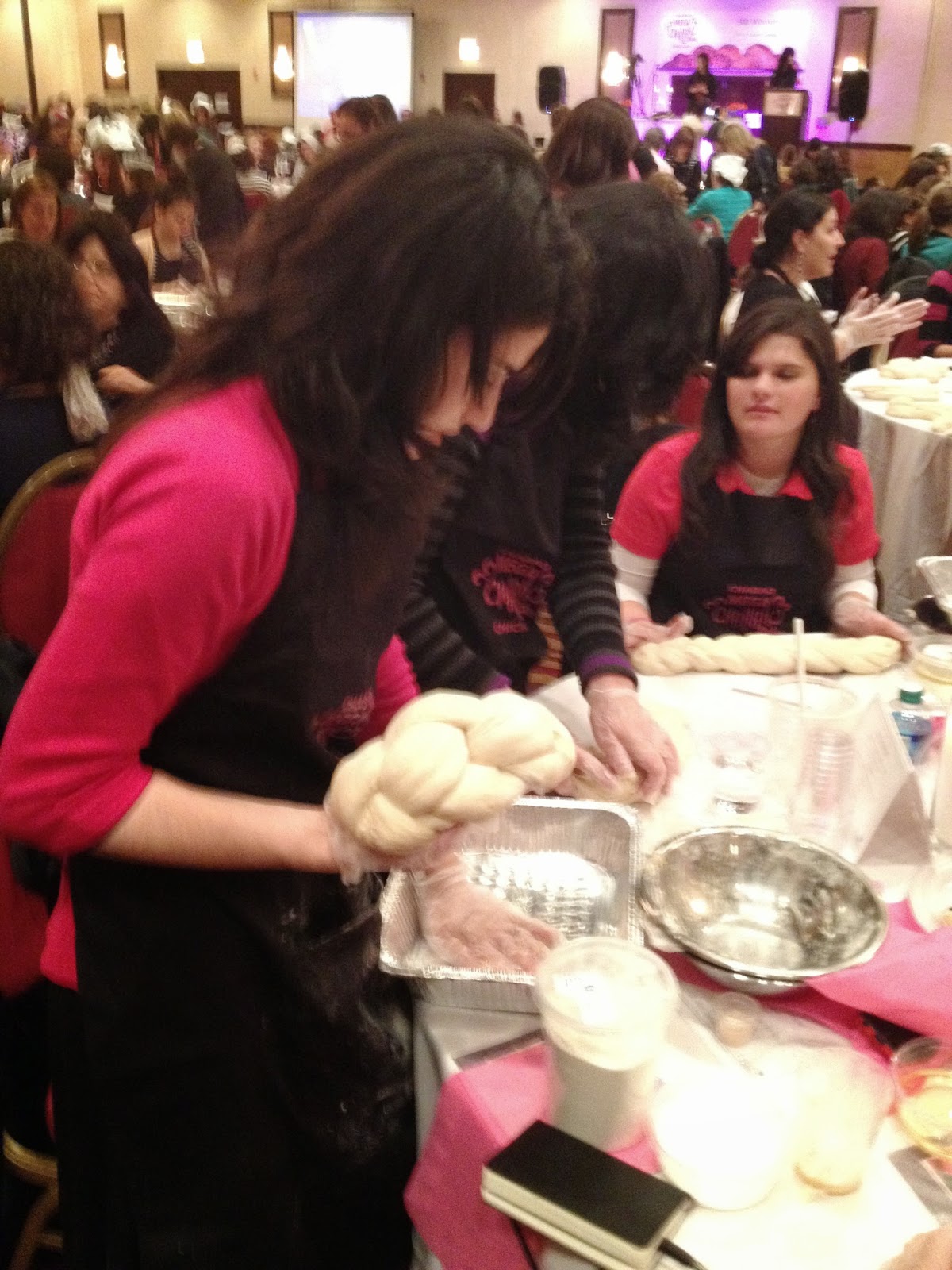 Which I just did, except for the obvious: that challah is really good — think of how fantastic fresh homemade bread tastes. Challah is even better. Once I stopped at Tel-Aviv Kosher Bakery on Devon, and even though I had no plan to buy challah, it was just coming out of the oven, and once that aroma hooked its fingers under my nose, I had to follow, had to buy a loaf, in the naive belief it would last until I drove home. It didn’t, beyond a tiny, pathetic, scrap.
Which is a long way of saying that when Chicago’s Lubavitch Chabad had its Mega Challah Bake at the Holiday Inn in Skokie last week, I was there, drawn not only by the siren lure of challah, but by the fact that they assembled 500, count ’em, 500 women to make dough. A lot of women.
It did not start well for me, as not only the sole representative of the media, but the only man in the room. The first several women I went up to, trying to do the whole tell-me-about-what’s-going-on thing that we media jackals are so fond of, briskly directed me to someone else who didn’t want to talk either, and I was at the point of giving up and fleeing into the night when I encountered Mina Schanowitz, of Deerfield by way of Paris who, perhaps being French, was able to overcome her reluctance to speak to a man to whom she was not married.
“It’s a very special thing, being together, because the power of prayer is strong,” she said. Has she baked challah before?
“Of course. I do it every week,” she said. Though like much of what Chabad does, the event was designed to attract the unfamiliar.
"A lot of women who will come tonight never braid challah," she said. "For a lot of people, that will be a new thing."
According to tradition, baking challah is one of the three mitzvot - blessings - expected of Jewish women, along with lighting Sabbath candles observing the purity laws associated with mikvah, or ritual bathing.
The event was conceived by the family of Rabbi Daniel Moscowitz, the late leader of the Lubavitch in Illinois, who died unexpectedly after a minor medical procedure March 4, and would have turned 60 last week.
Others came because of an aura of good fortune associated with preparing challah.
"I have a son I want to marry [off]," said Rivkah Leah Bernath, 47, who is a member of the Chabad Shidduch Group - a network of matchmakers - and said that many people were there to tap the power of challah.
"Some people have a sick one, some people want to marry someone," she said, "Some want to get married themselves. Some people are looking for a job. Everybody has a different reason. Some are doing it because they loved Rabbi Moscowitz and want to honor him."
Each participant paid $25, underwriting the night's considerable logistics: 47 gallons of water; 16 cups of salt; 250 cups of sugar; 31 cups of yeast; 1,000 pounds of flour; 8 gallons of oil, 45 dozen eggs, not to mention 500 bowls and aprons, divided into 500 portions by students at the Lubavitch girls high school, part of a chain of volunteers, including 50 captains, one per table.
"Oh my goodness, dozens and dozens and dozens of people," said Sara Moscowitz, a daughter-in-law, who practiced demonstrating braiding techniques the night before using Play-Doh. There was a spoons and bowls committee, a committee for aprons, an ingredients committee, a centerpiece committee, a recipe committee and a committee of volunteers enlisting more volunteers.
"I have close to a dozen committees just to make sure everything is done," said Moscowitz. "Subcommittee upon subcommittee," added Yona Posner. "It really was a community group effort."
The women assembled the ingredients, kneaded dough, then braided it. While the dough rose, they heard a brief concert. To my disappointment, they took the dough home to bake. All that and I didn't even get a taste. But those ferrying challah home agreed it was, for them, a lovely experience.
"It's just a good time," said Moscowitz. "Who doesn't love warm pretty bread that tastes good?"
Posted by Neil Steinberg at 12:00 AM