When Doubleday asked for my input about the cover design for my first hardback book in 1994, I replied, in an Oliver-Twist, please-sir-I'd-like-more stammer,  "Well, I'd like Chip Kidd to do it."
I knew that was swinging for the fences, but I was young, and didn't quite realize that my request was like a used car dealer asking the local advertising agency slapping together his late night TV commercial to get Mick Jagger to record the jingle. 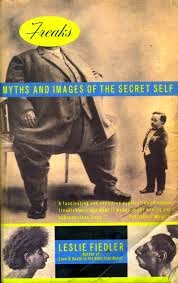 Kidd is the rock star of book jacket design—turning out, in the words of Publisher's Weekly, "creepy, striking, sly, smart, unpredictable covers that make readers appreciate books as objects of art as well as literature."
He's the one book designer whose work really lodges in the mind—it's been more than 20 years since I saw his treatment of Leslie Fielder's classic, Freaks, but it stayed with me, for obvious reasons.
Actually, Kidd is more than a rock star, since there are many rock stars, but there is, to my knowledge, only one famous book jacket designer, Chip Kidd.
I had the chance to ask him Wednesday: why is that? Why should he be the only book designer of renown?
"But there're a lot," he objected, after he finished laughing. "I don't know how to answer. There are so many terrific designers working today. There's definitely a second, a third generation."
We were talking because he's headlining the 10th annual Printers Ball this Saturday at the Hubbard Street Lofts, 1821. W. Hubbard, a celebration of books, posters, zines, cards and good design in general.
The event runs from 4 to 9 p.m.  You can find a full schedule of the workshops, readings and performances by clicking here. Kidd speaks from 6:30 to 7:30 p.m., and then signs his new book.
And what will he talk about?

"That's a really good question," he said. "I'll be in conversation with my dear friend Dana Arnett, a brilliant graphic designer and partner at VSA Partners. We'll probably just show and talk about recent and work and upcoming stuff." (According to the schedule, they'll discuss Go: Chip Kidd’s Guide to Design and to give us a preview of his forthcoming book, Judge This.)
What else does Kidd have in the pipeline? 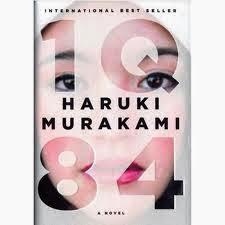 "I've designed the new Haruki Murakami novel," he said, referring to Colorless Tsukuru Tazaki and His Years of Pilgrimage, out later this summer.  Kidd also did the cover for the Japanese surrealist's previous novel, the best-selling 1Q84. He tends to design best-selling books, or perhaps best-selling authors tend to demand him; Oliver Sacks has it written in his contract that Kidd must design his book jackets. Nice work if you can get it.
"I've been lucky enough, for all intents and purposes to be working nostop for 27 years," said Kidd, who is on staff at Knopf. "I still get these wonderful opportunities to work on books, a lot of which are very popular."
I asked him if he was worried about the rise of ebooks, pointing out that there are no book covers on a Kindle.
He laughed again.
"No, I'm not worried about Kindles," he said. "If you look hard enough, you can find the cover. Everything that I work on gets scanned, and becomes either a cover or an icon on the screen, and you double click to make it bigger. It doesn't change the design process. It's still the same. I read the book and try to make something."