With the Heat beat, we turn to—gulp—World Cup soccer 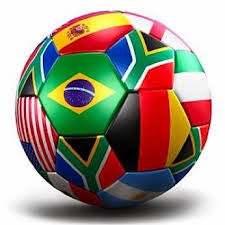 Basketball season ended Sunday with another satisfying blowout of the Miami Heat by the superlative San Antonio Spurs. Though I’d have much preferred that fate had chosen the Bulls to dominate and humiliate LeBron James et al, at least somebody beat the Heat.
My family watched, of course, the on-court proceedings enlivened by the by-now ritualistic banter between my younger son and myself as we took every opportunity to gleefully excoriate James as a flopper and a crybaby, a quitter and a showboat, even though he was the only player on his team who seemed to be trying. Our calumny was made even sweeter by the sincere protests of my wife, who seems to think that James somehow hears and feels sad whenever any fan anywhere says anything bad about him.
At least her inexplicable sympathy was limited to James. She had no problem condemning Chris Anderson. Whenever the heavily tattooed “Birdman” appeared, she or I, or both, announced severely, “I hate that Birdman.” Appearance bias, I know, but when you tattoo your neck, people judge you unkindly. Maybe in 2034 they won’t. But it is not 2034 yet. Don’t blame me for saying it.
I calculated when basketball will return — late October, when our hearts and hopes will congregate around Derrick Rose’s right knee — and set my mental sports clock to wake me up then. The idea of now starting to follow baseball is unimaginable. I go to baseball games the way some people visit parks, to enjoy the sunshine. Keeping track of baseball would be like reading park district reports that keep track of their trees.
So imagine my surprise Monday to see the gigantic flat screen in our family room displaying a bright green soccer field.
“The United States is playing Ghana,” my younger son informed me. “We scored in the first 30 seconds. Wanna watch?”
God no, I thought, but managed not to say aloud. Really? Soccer? Is it that bad, son? Poor boy. The NBA goes dormant and within hours you resort to soccer, like a thirsty man sucking pebbles in the desert.
But I try to be an open and receptive dad, so I paused to watch with him a moment.
"This is sort of like hockey on grass," I said. "More like foosball with people," my older son chimed in.
Later, trying to make some kind of soccer conversation, I pointed out that the World Cup was held in Chicago in 1996 (actually it was 1994, but close enough).
"Did you go?" my younger boy asked, sharply. The question caught me off guard.
Did I go? Of course I didn't go. I never thought of going, merely noted the bands of soccer addicts, with their flags and their horns, marching along Columbus Drive. I sensed the trap even as I fell in.
"Well, your brother was an infant," I began, a paltry excuse that would have been valid for 1996 but not 1994. Too late. I saw, reflected in his face, my mother, setting down her iron when my sister asked what she had thought of the Beatles in their heyday. "My children were very young," she sighed. Or my father, the NASA scientist, when I demanded to know why he passed on chances to go watch the space shuttle launch. "It wasn't my program . . . " For the first time, I wished I had gone to a soccer game, just so I could someday tell my as-yet-unborn son that I had.
All fathers look like drudges in their sons' eyes: blinders on, pulling the plow while life's carnival of wonder passes, almost unobserved, all around them. All around us.
You know what? Soccer looks really good on a gigantic HDTV flat screen. You can actually see what's happening. It is not outside of reason to imagine that this change in technology — cheap, giant, flat screens — will be the long-awaited spark that the sport was always lacking in this country. Kids play soccer in schoolyards across America. Maybe now, at last, we'll start watching the pros play, too.
After all, technology drives these things. Football was mostly a college phenomenon until color TV injected pro ball directly into the hearts of mainstream America.
While still a mystery to me, I suspect there might be a value to soccer, and I'll tell you why: The rest of the world loves it. America has a genius for rejecting things that much of the globe embraces — think national health care or humane prison systems. We should force ourselves to be open to the possibility that, if the world accepts an endeavor, it might actually have benefits beyond our immediate comprehension. So I am going to watch this soccer stuff. Who knows? Maybe the world is onto something.