"A bad man makes everything bad" 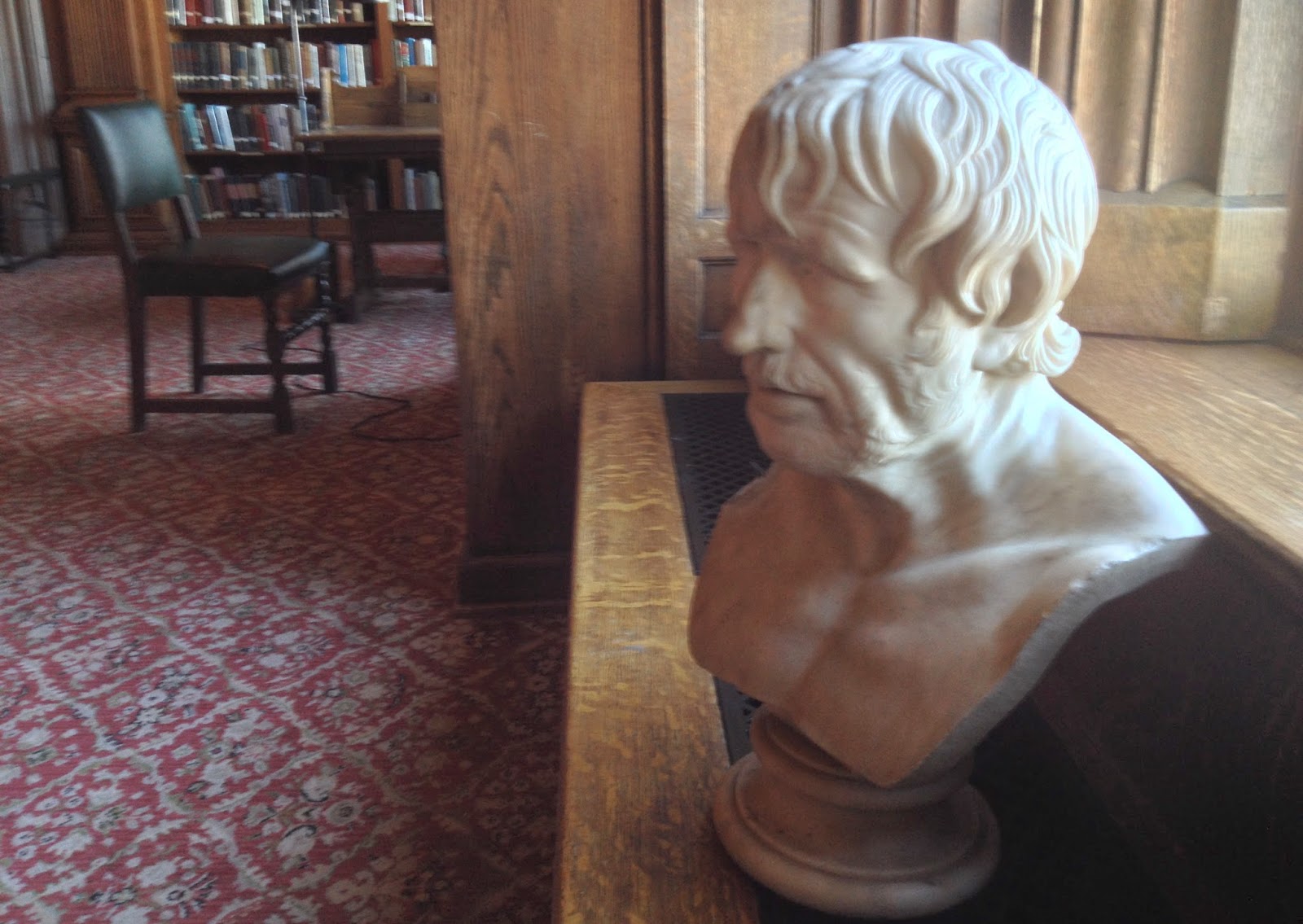 I could say that I stumbled on James Romm's new book about Seneca and Nero, but the truth is worse. I went looking for it, dropping into Amazon, asking, "I wonder if there are any good books about Seneca?" and was rewarded with his excellent book, "Dying Every Day," that starts out talking about images of Seneca, beginning with what we now call the "Pseudo Seneca," discovered in Herculaneum in 1754. It seems that people just assumed it was Seneca, because there were so many images of the man, and his gaunt features seemed to reflect a life spent according to Seneca's stoic philosophy.
It was only in 1813, when this well-fed bust was discovered, boldly labeled "Seneca" that everyone realized—duh—a plutocrat at the court of Nero would probably look like this guy. Romm uses the portraits to great effect in the beginning of his book.  Given the wide gap between Seneca's preaching and his practice, the business with the busts is the sort of delightful symbolism that would look hokey in fiction, but feels just right in life.


When multimillionaire Bruce Rauner, now the Republican candidate for governor, speaks of his humble roots, flipping burgers and parking cars, he is employing a very old rhetorical device.
Resentment is a powerful force in politics, so it’s always better to be seen as a common man climbing up than a rich guy stooping down. Take Lucius Annaeus Seneca, the stoic philosopher of 1,950 years ago, constantly pooh-poohing the importance of money, shrugging off its relationship to happiness, lauding the simple life of cold, dark baths and earthenware plates. He was also one of the richest men in Rome, Nero’s tutor, the recipient of fortunes that once belonged to those the teenage tyrant impulsively killed.
“I never call him a hypocrite,” said James Romm, whose book on Seneca and Nero, “Dying Every Day,” was published this month by Knopf. “I quote Robert Hughes calling him that. I find that a bit harsh.”
Perhaps. Then again, Seneca lived in a harsh world, as his essays, some of which deal with the importance of holding up calmly under torture, amply illustrate.
I phoned Romm, a professor of classics at Bard College, to talk about Seneca because, really, how often does a guy get the chance? Most people I know draw away in head-shaking revulsion if I mention the classics, as if reacting to some mix of dullness and pomposity. To me, they offer useful ideas. They’re practical. It’s as if you came upon a friend trying to assemble a bicycle with his bare hands and said, “Have you considered using a wrench?” only to have him scoff, “Ooh, a wrench! Aren’t we fancy? Going about using tools. Let’s all sit on the veranda and eat scones and talk about our wrenches.”
I’ve been working my way through the eight-volume Loeb Classical Library set of Seneca because his approach to life is so sharp. “A bad man makes everything bad, even things that appear to be what is best,” he writes. “But the upright and honest man corrects the wrongs of Fortune.” Or tries to.
Romm focuses less on Seneca’s philosophical writings and more on his survival at Nero’s court, where hypocrisy was not only useful but mandatory.
Maybe “hypocrisy” is the wrong term. In the complexity of life, you need to be nimble. With Seneca in mind, it might be unfair to say to Bruce Rauner, “So … you have no experience at government at all. Zero. Which you claim, rather brashly, is your central attraction. How does that work in business? If I apply for a position in one of your companies, can I seal the deal by saying, ‘And best of all, I’ve never been corrupted by actually attempting any of the work you do?’ ”
Perhaps saying one thing and doing or being another isn’t so much hypocritical as flexible, putting our best face forward. It isn’t reasonable to expect Rauner to include among his TV ads clogging the airwaves one that shows him standing in front of one of his nine mansions and country homes, saying, “Hi, I’m a graduate of the Harvard Business School who spent the past 35 years lining my pockets, utterly detached from you and your problems. But now I’ve decided to swoop in and run Illinois.”
Concerns of Seneca’s still resonate today. “Roman society in the first century AD is very recognizable,” said Romm. “Concerns about love and money and life.”
What I didn’t realize until I read Romm’s book is how Seneca’s letters are similar to tweets and blog posts. He didn’t just write them for one recipient but for general consumption, and usually with specific political purposes.
“He could get away with things because he could portray them in print in a way to make it acceptable,” Romm said.
The pressing question for Seneca was whether to stick with the unstable Nero and try to soften his crimes while becoming party to them or flee for his life. Like most at the trough, he rationalized a way to stay.
I asked Romm if he thought Seneca made the right decision. “He didn’t really make a decision at all,” Romm said. “That’s one of the most troubling things about him. He went along, hoping for the best, not taking a lot of action either to change Nero or to get away from him. He sort of waited for better cards to be dealt and they never were.”
Gosh, that sounds familiar.
“He knew he couldn’t live up to his own ideals,” Romm said. “Does it diminish his words? Yes, I think so, but it also makes him a very recognizable figure. Like most of us, he couldn’t be as good a man as he knew he wanted to be. It makes his tragedy under Nero all the more poignant.”
Romm is referring to Nero forcing Seneca to … well, I don’t want to give away the ending. You should read the book. But Bruce Rauner, take note: Being rich isn’t enough.

Photo atop blog: a bust of the Pseudo Seneca in the library at the University Club on Monroe Street.