Throw Eric from the train 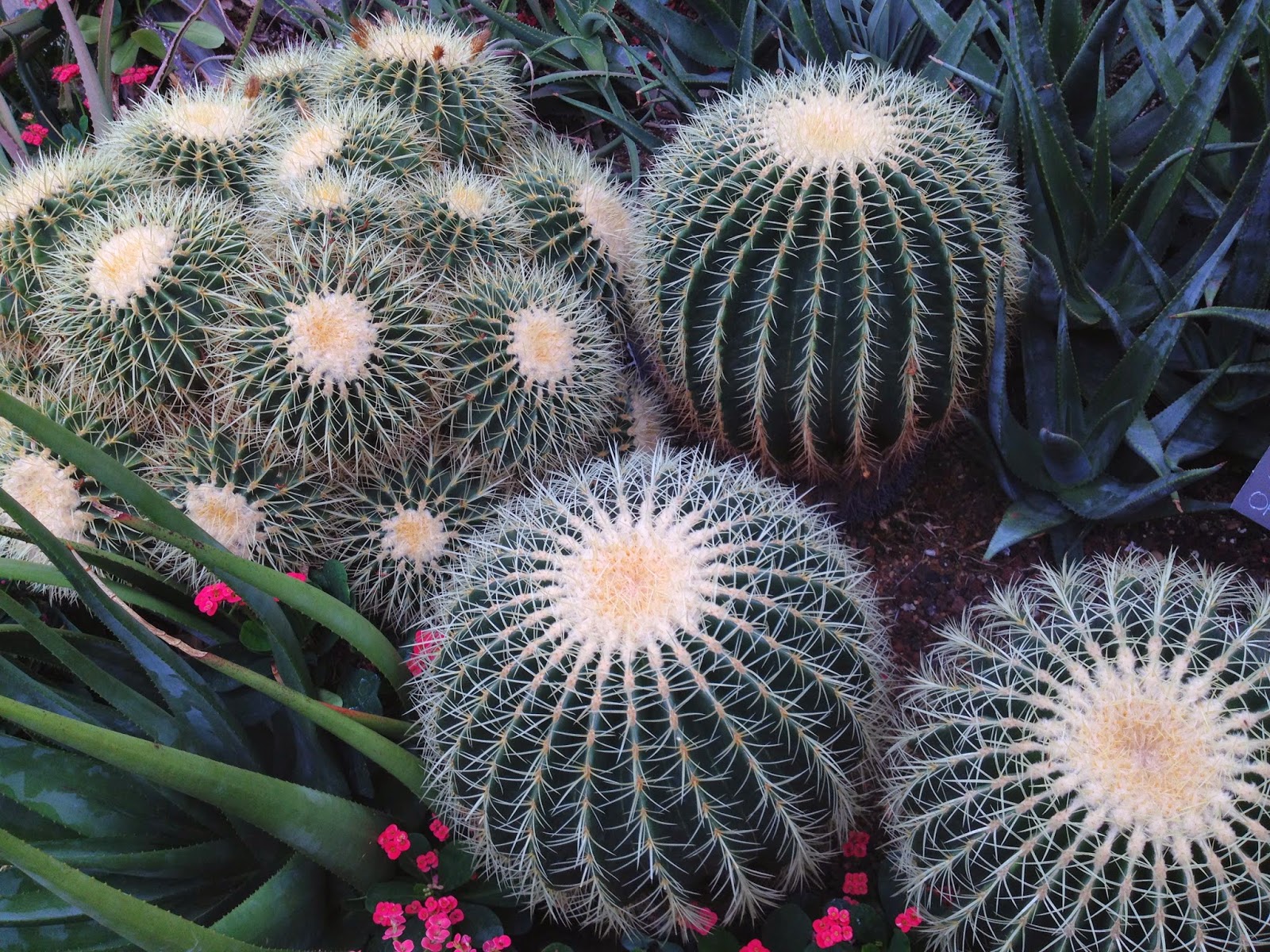 I try not to follow politics.
Because tracking politics is like focusing on the telephone poles as they fly past while you travel aboard a train. Disorienting, a little queasy-inducing, and it distracts you from where you're heading.
Eric Cantor, for instance. 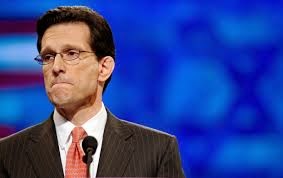 The Republican House Majority Leader.
Soon to be the former Republican House Majority Leader....
I was aware of him, as a clench-jawed zealot opposing the president, well, on just about everything.
And then Tuesday he was vaporized by an even more extreme zealot, tea party zealot David Brat. It was like one of those science fiction movies where the big scary beast is abruptly swallowed up by an even bigger, scarier beast (or, in this case, by something much smaller. Brat winning is like a rat swallowing a wolf).
And the media chorus analyzing the event has one conclusion: a big reason Cantor got the boot, general consensus decrees, is immigration.
"Cantor’s defeat to tea partyer David Brat was so intertwined with immigration — 'amnesty' and 'illegal aliens' — that the few fence-sitters in the GOP-led House are going to flock back to the politically right side of the divide," the Miami Herald wrote.

So the chattering heads fall to chattering about how this will affect the future of the Republican Party, which is now, supposedly, even more anti-immigration than it was before, which is saying something. And about the chances of immigration reform, which is dead, again, or even deader, assuming it was ever alive to begin with.
And there they stop.
Leaving off the most salient point.
The facts remain unchanged. The arc of history bends in the same direction. We're still heading exactly where we've been going for decades. The Republicans just decided, again, that if they leap off the train, that will somehow change the direction it is racing.
Wrong. Leaping off the train hurts them a lot more than it hurts the train. You would think that they would finally figure that one out.
Immigration reform today is where gay rights were 20 years ago. A massive boulder held in place by a pebble on a steep hillside. One push and away it'll go.
Today, about 15 percent of Americans are of Hispanic origin, making them the largest minority group in the country. Not everyone who is a Hispanic is affected by the immigration issue, but many are. By 2050, they will triple in numbers, and make up 30 percent of the country. By then, one in five Americans will be an immigrant.
How do you think immigration reform will be faring then? This is not an "if" question. This is a "when" question.
By then, Hispanic Americans will also not be the ooo-scary Intruder than can be shrugged off by Republican revanchists with buzzwords like "amnesty." They will be our neighbors, friends and co-workers — that is, if they aren't that for you already — fighting for their millions of parents, children, brothers and sisters living in rightless quasi-serfdom.
Actually, it is a safe bet that, long before 2050 rolls around, this problem will be addressed. Immigration reform will be solved eventually by somebody. It's a shame it couldn't be solved by us now, but as the Hindenburg of Eric Cantor's political career going up in a ball of flame dramatically demonstrates, the GOP just isn't ready yet. Easier to self destruct, again, than see the future that is already here. As always, they'd rather follow the dictates of their tiny hard anthracite black coal hearts and lose, than do what is right for our country and the route it is traveling, has been traveling, and will be traveling. 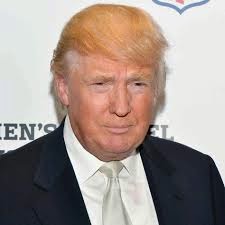 I think Trump is great because ...


A considerable number of people took me up on yesterday's request to finish this phrase: "I think it's GREAT that the Trump name, that hallmark of excellence, is going up in the heart of Chicago. I sincerely admire Donald Trump because..."

....Trump is so American. That's why we love it! Should make the letters larger in Red,White and Blue.
—Carl Wanzung, Chicago

Though the majority turned the statement against Trump:

...because he gives the scale of human values its low.


...because the Trib Tower, Wrigley Building and Crain Building now will look even more magnificent, pristine and tasteful. So, thanks, Donald. Your sheer "presence," and that of a building that achieved taste and beauty in spite of you and now is getting duly pimped up by your lowness, reminds us that the rest of us, including those Chicagoans with as much money as, if not more than, the Donald do have taste and class that can''t be taken for granted.
—Laurent Pernot


Although this one, while the initial thought was one heard over and over, ended on a priceless note (I decided to omit his name, to shield him from the vindictive pettiness of condo owners):


The new sign is another egotistical move by the biggest pompous a$$ in America. I am sure he hated it when he saw those beautiful pictures taken from the east and they weren't subtitled to include his name.  He fixed that as he has now ruined the view.

To be honest, we thought long and hard before we purchased a condo there.  We love it, but as you pointed out, I tell people we have a place at 401 N. Wabash.

But it was a serious question, and we should give some serious answers, of which I got quite a few, such as this, from John J. Kula, of Mount Prospect. People often tell me they disagree with something I've said, but enjoyed how I said it. I'd have to say the same about this:

I'd like to buy a letter. It's my building. It's my money. Welcome to America!
The recent uproar and indignant outrage over the bold letters of TRUMP made me reevaluate my moral outrage meter settings. Why am I not upset over TRUMP? Now I can tell visitors to downtown Chicago the names of at least four buildings. That's great.   Perhaps the chosen font for the TRUMP letters upsets some people.
I decided to search the streets and buildings to establish some sense of moral precedent.     Who dares affix their name to a building that others are coerced into reading each time they pass by the building? There are other buildings with names on them - fancy, large boldly illuminated from within and without - signs seen at night from miles around town. I believe the Vegas mecca has them in spades. The toll ways have hundreds of outdoor signs emblazoned with the names of real people and their businesses. Some people reasonably object to those as visual pollution.  Hospitals have name signs too provided by self-promoting investors. Some religion-affiliated hospitals have names of saints who are dead, so that's OK.
Fine arts centers, businesses, and retail stores have name signs for owners, investors, benefactors, etc. Even Abe Lincoln has his name on a presidential library.  I believe Marshall Field, Carson, Pirie and Scott and Mr. Macy endorsed self-serving lettered signs.    You ask, "Where's the benefit?" To whom, I ask. to society? Really? Just think of Mr. Trump's sign as a token of civic goodwill. Think GOODWILL.  So, why the fuss if Mr. Trump wants a TRUMP sign on his own building facade? Just add the Trump tower to the tourist guide list of famous building names.

Many came in the form of letters. I'm not as big a fan of this one, from a John Marshall law professor, but it does include a derisive poem, and how often do you get one of those?

You may want to file this under be careful what you wish for, so I’ll hold you to your promise to print this.

I think it’s GREAT that the Trump name, that hallmark of excellence, is going up in the heart of Chicago, I sincerely admire Donald Trump because….

First, the Trump tower is a Chicago icon, like it or not, and was about the only large scale real estate project built here during the worst of the recent Great Recession.  Did anyone think that Donald Trump would deviate from his standard practice of putting his name on the building? There is no suggestion that the sign is not fully in compliance with the spirit and letter of the law.  The sign is on the lower quarter of the property and is visible from the river and Wabash Street.  It is white, simple and similar in design to other signs here in Chicago, including those atop Roosevelt University and the CNA building, both of which signs are larger and placed at the top where they are visible for miles around.

There are other examples of signs in Chicago that have become part of our architectural heritage, such as the landmarked Wrigley Field sign or the ubiquitous Chicago Theatre and Berghoff Restaurant signs.  Oh, and there is one other prominent sign, actually two, larger andmore visible, right on the river at Wolf Point.  “CHICAGO SUN-TIMES” bigger and less appealing than the Trump sign.  Perhaps memory has faded for some, but the building that the Trump tower replaced, the former Sun-Times building, also included a great big CHICAGO SUN-TIMES sign in bright yellow letters.

When you and other critics opine that you don’t like the Trump sign, you are really meaning that you don’t like Donald Trump.  Clearly, if personal character was the standard for installation of a sign he would fail the test.  Trump is universally perceived as an obnoxious bully-- so what.  Perhaps you are suggesting a Litmus test for signs on loop buildings, evaluating the principal owners of the building for their moral charter?  Maybe a jerk factor test that will appease even the bleeding heart self-appointed Chicago architectural critic, who criticizes this sign through tears, as if someone was dying, “….oh the humanity.” I don’t see any Mother Theresas among the owners of any of the loop’s buildings.

So yes, I applaud the installation of the sign, it is big, bold and appropriate for Chicago,--a City of broad shoulders, not a city of ballet slippers.

I’ll see your Ozymandias poem and raise you with this little ditty….

There one was a man who worked in a glass house.

One day while riding his Divvy in our city,

he came upon a story, as big as a tree.

A story beginning with a T,

which stands for Trump.

Soon he was back on his rump,

to throw a big stone from atop his own stump,

high above his own ditty,

flying high above our fair city.