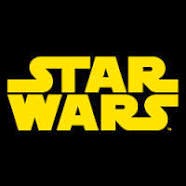 John King, of the San Francisco Chronicle, posted this insightful analysis about how his city's leaders bungled snaring the George Lucas museum. "While Chicago Mayor Rahm Emanuel methodically assembled a well-connected task force to explore sites within his city that might captivate the billionaire filmmaker, [SF mayor Ed] Lee made no public gesture in Lucas' direction until early May," King writes.
And while seeing San Francisco's teeth-gnashing was almost enough to make me proud of Chicago's nimbly snatching it away, I stand by my skepticism about what King refers to as Lucas' "still-vague" museum of narrative art. Maybe it'll be something wonderful, and maybe it'll be the future Flash Gordon Museum, another white elephant that Chicago ties itself to for 75 years because of our civic habit of marrying in haste and repenting at leisure.
To be frank, seeing Mayor Rahm Emanuel's vigorous courting of Lucas, I wish he had put a bit of that energy into persuading Chicagoans that this is a good idea. But, as with closing schools, the mayor seems to assume that people will simply trust him, or that making his case to the public is somehow beneath him. And there is a point that, once you invite the naysayers and Friends of the Park sorts in, the name of action can be lost in a fog of bickering and debate. So give the mayor credit for plunging forward, the public be damned. We've got the museum, now, and can only hope that Lucas doesn't make it just a shrine to himself, his work and his art collection—that has to be a temptation, or why else is he doing this—and remembers to create something that visitors who never heard of Obi-Wan Kenobe and friends will want to see.
Let's put it another way. Marshall Field created the Field Museum. It's about nature, not the history of department stores. Let's hope that Lucas gets this, and hope is about all we can do now.